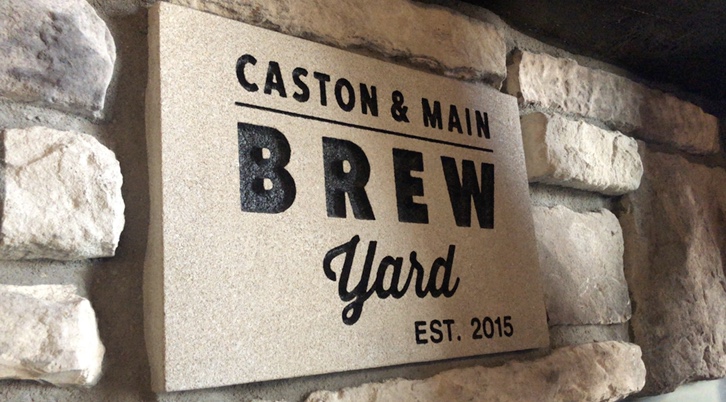 “I mean it’s a completely different place,” Curtis Meyers, Head Chef, said. “It used to be a hole in the wall kinda place, and now it’s something people talk about, and that makes me proud to work here.”

The owners of Caston & Main Brew Yard, Ron and Sharon Robinson, thought a restaurant with a certain flare would spice up the Manchester area, which is why they chose to specialize in elite drafts and bourbons at this gastropub.

“I think that it was a test run at the beginning because bars are expensive. They’re expensive to run and the overhead is unreal,” Lindsey Slutz, General Manager, said.

Elite bars like these have to be more conscious and patient as they see their profit numbers because, at a place like this, a 600 dollar bottle of bourbon being sold by the ounce compared to a keg of bud light will take much longer to generate healthy profits.

Their manager was originally intrigued by this business’s character.

“I think half of it was I really like craft beer and bourbon and I thought that that was a cool kind of concept that they had,” Slutz said.

Even employees who have worked here for a while believe things are changing for the better.

“I think it’s better than when I originally got here, I think that the things that have been done here improve the way everything flows,” Anna Rector, Hostess, said.

Along with fancy drinks and upscale bar food, this restaurant’s management team pride themselves on sourcing locally for just about everything.

“It really does fit who we are and what we do, because it’s all exclusive, it’s all stuff that’s only for here, you can’t get it made because it was made for here,”

“It really does fit who we are and what we do, because it’s all exclusive, it’s all stuff that’s only for here, you can’t get it made because it was made for here,” Slutz said.