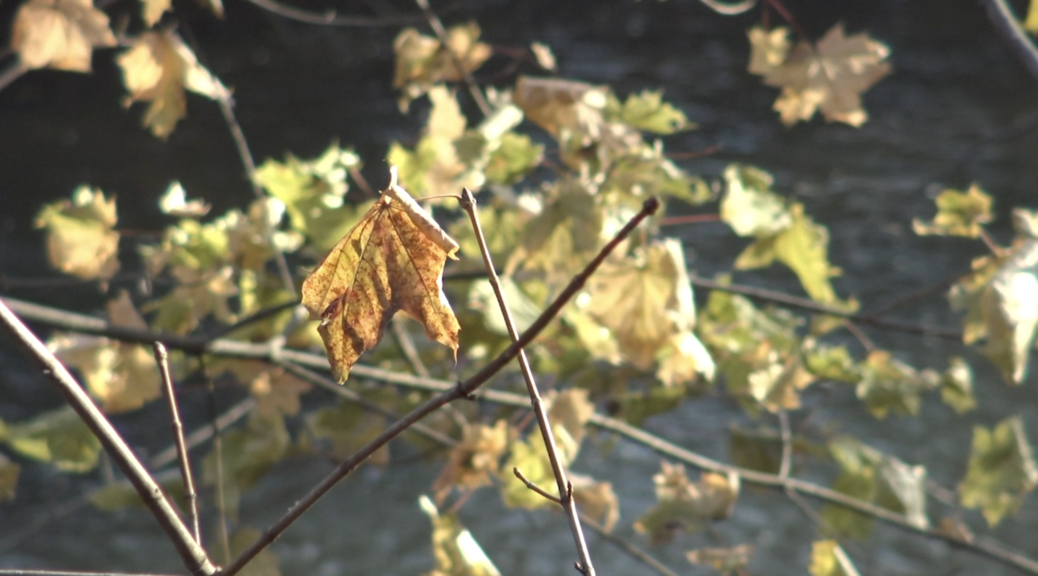 Climate change has been receiving a lot of attention both in the political sphere and public sphere. Some argue it is a hoax, while others work tirelessly to ensure they are contributing to the over all health of the planet in meaningful ways.

Cameron Lee, an Assistant Professor of Geography at Kent State University, says that for over a century, scientists have observed a gradual increase in average temperatures. A change of one to two degrees Celsius may not seem like much, but that change indicates a change in the distribution of temperatures. This means that there are general increases in the number of extreme heat events.

“By the time we get to 2100, Some projections are that we might have 21 days that are over 100 degrees Fahrenheit,” said Lee. “Since 1900 or so, we’ve seen here in Ohio I believe it’s 1.2 degrees Fahrenheit change in the average temperature.”

Lee says that the scientific community overwhelmingly agrees that climate change is happening and human activity is largely to blame—namely, through greenhouse gas emissions. The most common greenhouse gas is carbon dioxide, which is emitted from vehicles.

“These other greenhouse gases primarily carbon dioxide, but also methane and nitrus oxides, chlorophyll, carbons are increasingly absorbing more of this outgoing energy and causing the lower atmosphere to warm up,” said Bill Bucker Professor of Geography at Youngstown State University.

Essentially, carbon dioxide traps sunlight in the Earth’s atmosphere causing warmer temperatures. “When we talk about climate change and global warming we are really talking about the increase in energy in the atmosphere,” Buckler said.

With a greater than 97-percent consensus rate among the scientific community, that leaves less than three-percent of scientists who deny climate change.

“Weather impacts pretty much everything that you and I what about this place being what it is,” said Lee. “We’re finding general increases in some of the extreme events– especially extreme heat events.”

Weather patterns will vary from state to state. Scientists argue that even though Ohio’s weather has changed over time and the seasons are fluctuating, coastal regions in the country will be experiencing the impacts of climate change to a greater extent.

Despite the science, many people are quick to be skeptical of climate change because of one very cold day or because of a blizzard, but in fact, these extremes in weather are likely caused by climate change.

“We (in the state of Ohio) are influenced from are coming from two different places typically the Gulf of Mexico Or from Canada Polar Canada,” said Buckler. And sometimes the wind coming from the north may be cold. But the interference in the jet streams is due to climate change.

What’s more, is the amount of precipitation one can expect if the temperatures continue to increase. As the air becomes warmer, it holds more moisture which therefore leads to more intense precipitation.

President of the Kent Environmental Council Bob Heath says that farmers will be greatly impacted by this because the weather during the seasons will be atypical.

“Farmers will likely have to plant later, and their crops will have to become drought tolerant, and then they will probably have to mature faster,” said Heath.

Additionally, Heath, like the others worry that rain patterns will greatly impact food supply.

What to do next?

While all of this is alarming information, there are still actions that can be taken to make a difference. For example, Renee Ruchodtzke, has been a climate activist her entire life.

“My concerns are having us be prepared for changes in the climate, “ said Ruchodtzke. “It’s going to impact the food supply. We’re pretty lucky we have good water here, mostly here in Northeast Ohio.”

Ruchodtzke is the Vice President of the KEC and organizes many of the climate events they hold.

However, she does practice an eco-friendly lifestyle. She considers herself to be a role model to others and prefers to uplift others than “wag a finger at them.”

Ruchodtzke even tends to her own garden and grows a variety of foods. By investigating in more natural energy, one can really help prevent from emitting as much carbon into the air.

“We have a food forest that we’ve planted in our backyard with berry bushes and fruit trees and nut trees, “ she said.

Ruchodtzke’s colleague, Ann Ward, who is also a member of the KEC, advocates for not only undertaking lifestyle changes but also to become politically involved.

“We have to effect some political change because at the moment there are a number of politicians who are skeptical about climate change,” said Ward. “There are climate scientists whose hair is on fire over this.”

Ward, a nurse and biologist, says that she was passionate about climate change and environmental issues since she was a freshman in high school.

“It is everybody’s problem,” said Heath.

In a 2018 PEW research study, many community members across America felt in some way impacted by climate change.

More and more Americans are siding with the scientists and viewing climate change as a threat to life on the planet.

Ward says that one of the most important things one can do is limit their use of carbon. “The best thing as individuals we can do is plant a tree, drive less, bicycle more, walk more, try to live closer to work and try to effect political change.”