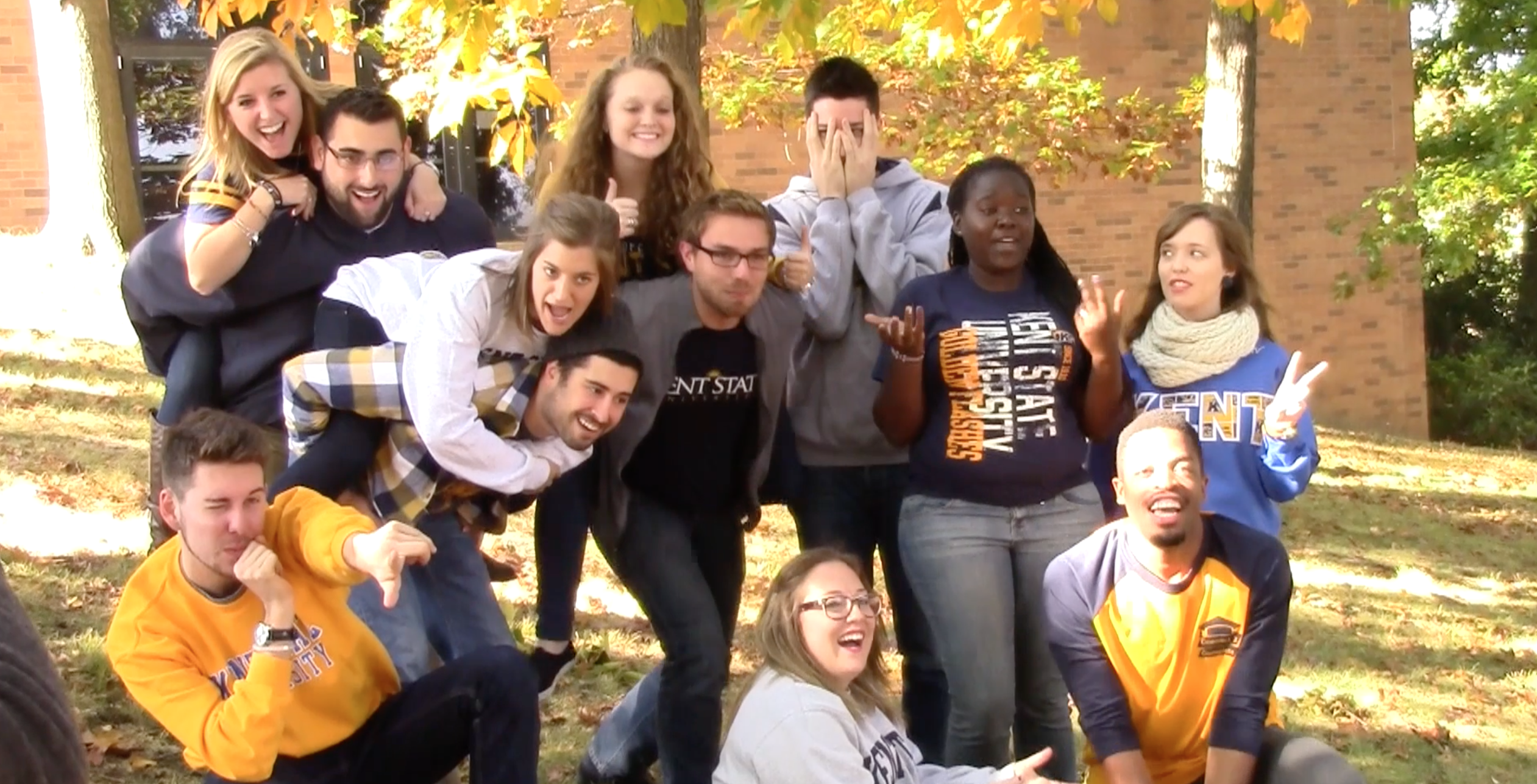 The members of homecoming court talked to Kent State student media on Sunday evening. One of our reporters went to the meeting and learned how extensive the process can be. TV2’s Paige Katrinchak has the details.

Laughter and excitement filled the alumni suite in the Student Center Sunday evening as the 12 members of homecoming court gathered together. This group of six males and six females met with Kent State’s student media to talk about homecoming.

This group of students is just a small selection of all who applied to be on the court. The process to apply for homecoming court is tougher than some may think.

First, comes the decision to apply and then getting a nomination from an organization, residence hall, team, or university office.

The court members’ reasons for applying varied from wanting to do it since their freshman year, to being nominated by their organization.

“I thought after four years of my pretty extravagant experience here, I thought I would have to go out with a bang,” court member Steven Langon said.

Court member Joy Yala said she joined because of this year’s theme, Kent State pride is worldwide. Yala said being an international student made this a great opportunity.

After finding a sponsor, the students had to submit a letter of recommendation, a resume, and an essay about what their experience at Kent State means to  them.

Some of the members already had some of these materials gathered together, while others had a harder time. But all of the members said they enjoyed writing the essay as a reminder of all they have experienced while at Kent State.

“The essay I rewrote like four times because you only have a page double-spaced. And I wrote mine and it was like four, so I was like okay let me just take out all of these anecdotes,” court member Michael Fisher said.

Those who are selected by the six to eight committee members move on to the interview round. The interview is 15 minutes long and determines who will be the final twelve members on court.

“I was nervous because I didn’t know what they were going to ask. I knew a couple of questions that I figured they would ask, so I studied up on my Kent State history,” court member Matthew Gilkerson said.

These twelve final court members become the faces of Kent State University to the community and alumni.

Assistant director of the center for student involvement, Rebecca Kapler, says the homecoming court members can be influential to all who see them.

“They show the different activities they are involved in and show students, community members, and kids that are watching the parade just what you can achieve in college,” Kapler said.

Kapler also said community service, involvement on  campus, and leadership are the determining factors of who is chosen to be on homecoming court.