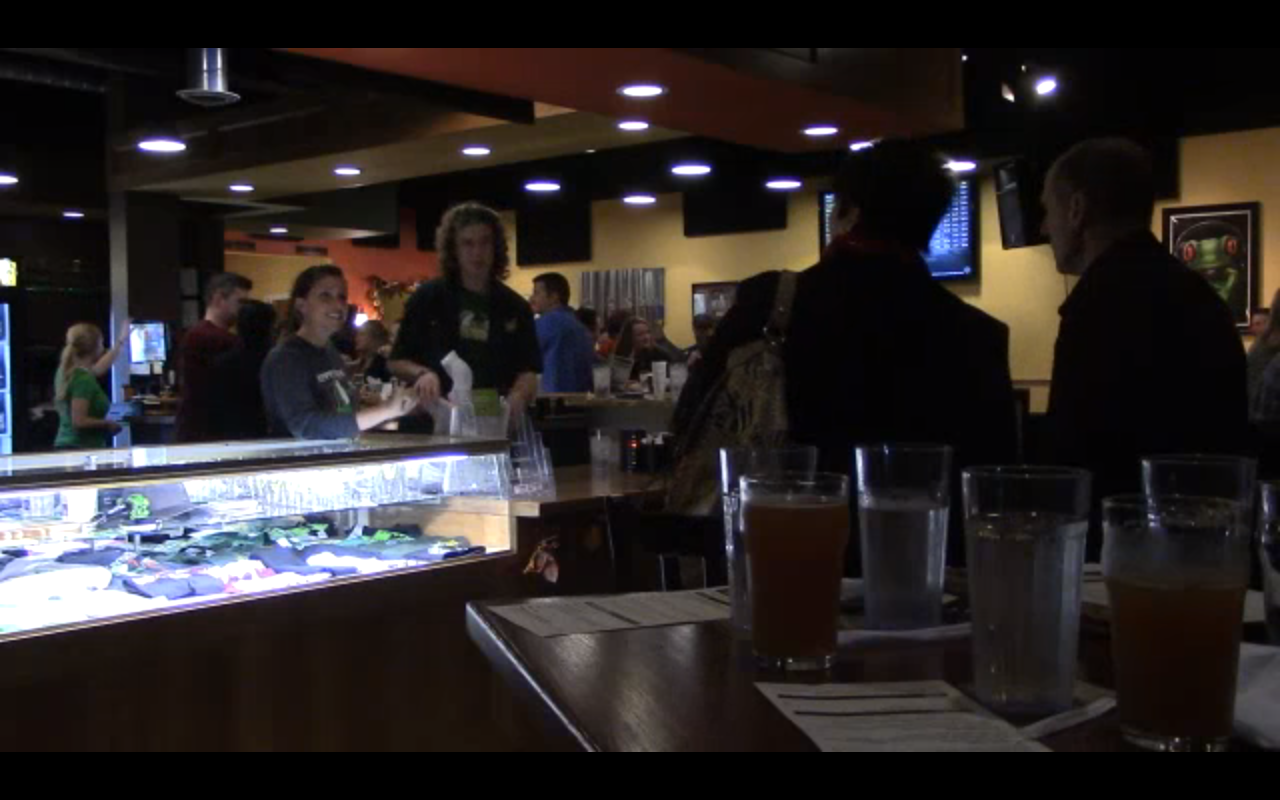 In recent years craft beers have become very popular, especially in Northeast Ohio. From Akron to Cleveland there are seven popular breweries but one that wins the most awards is in your backyard. Here is Raymond Ross with more on this local treasure.

If you passed Hoppin’ Frog Brewery you would probably miss it. Tucked away off Waterloo Rd in Akron, the brewery headquarters sits without a ton of flash. While the exterior may not be flashy or enticing, its what is happening on the inside that counts.

Only a year after inception, Hoppin’ Frog established their signature beer, B.O.R.I.S. The Crusher Oatmeal Imperial Stout. This fan favorite won a gold medal at the Great American Beer Festival in 2008, gold in 2011 and bronze in 2013.

The breweries biggest accolade came in 2012 at the World Beer Cup, which is considered the “Olympics of brewing.” The competition consists of 800 breweries which total 3,900 beers entries. The beer to take home the gold was the Barrel-Aged B.O.R.I.S.

However, things got even better for Hoppin’ Frog fans when the brewery opened their tasting room in June of 2013. The tasting room offers various high end beers from various breweries and food. The menu is high end bar food with high quality meats and cheese.

And again, after one year of inception Hoppin’ Frog won an award, this time for their tasting room. This year the brewery was voted top taproom in Ohio by RateBeer.com. The website compiles 4 million ratings of more than 13,000 worldwide breweries to compile their rankings.

While things have been good from the get go for Hoppin’ Frog Brewery the commitment to a quality product will only produce more success.