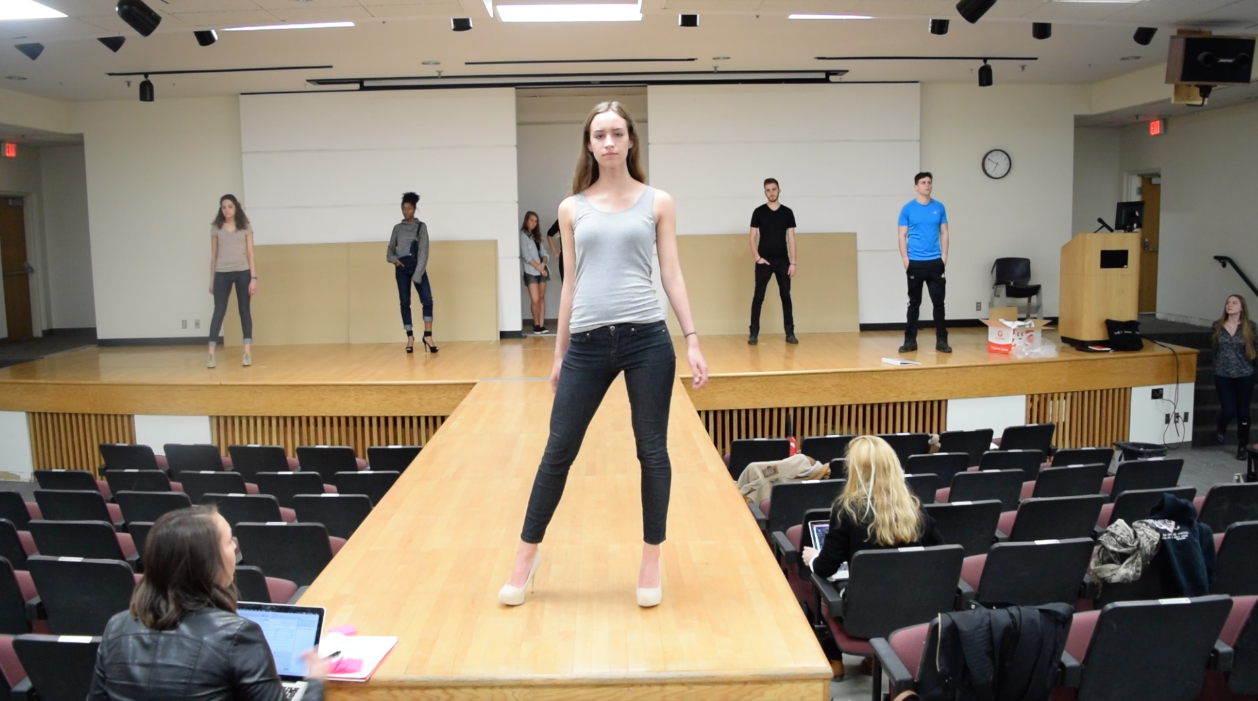 Anchor Intro: Every event needs a conductor of some kind. Models practice their runway routine to prepare for the annual fashion show on April 25.

Kent State hosts its annual Fashion Show in Rockwell Hall on Friday April 25, 2015. The award show will follow on Saturday April 26. This year, the show added some new features.

According to Senior Co-Producer, Angie Wische, this year’s sponsors are Macy’s and Dillards. Wische, who has been working on the production of the show since June 2014, says the event will have over 40 models.

The models, including men, women and children, were selected through model calls or scouted out.

“We actually have two model calls and scouted models. We post fliers and tell people the days and times to come along with the attire to wear” said Wische.

Models were notified through e-mail if they were selected to be in the fashion show.

Senior Fashion Merchandising student Porsha Hall received that e-mail. Hall has been a model for three years and participated in the fashion show in 2014.

According to Hall, during model calls, measurements are taken and model walks are done to see if the model will be used in the show.

“I think it is not about height, weight, race, but about personality” said Hall.

Tickets for the show are $50 and can be purchased at www.fashionschool.kent.edu.