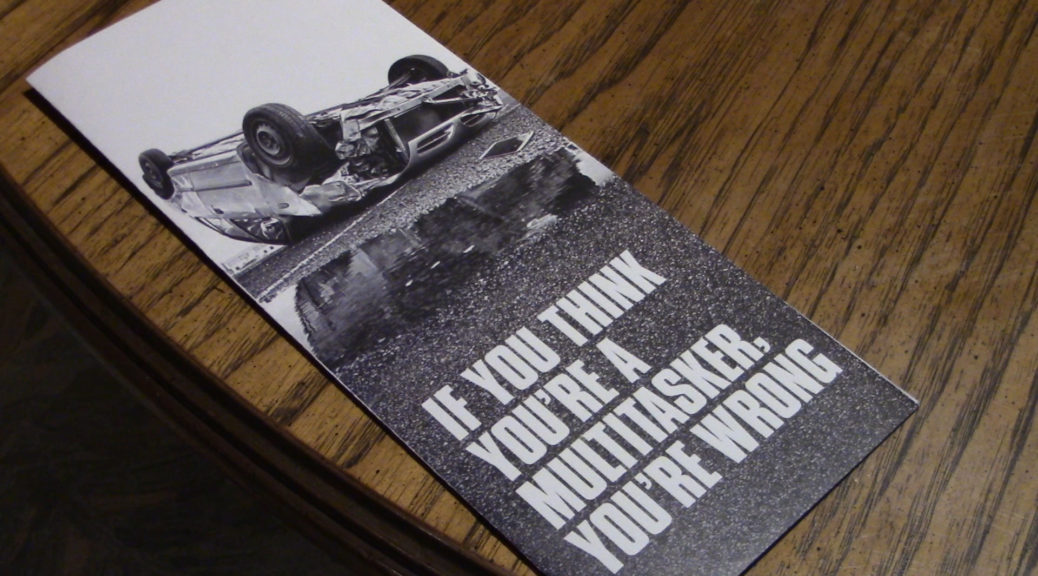 Everywhere you look someone is on a smart phone. Smart phones and the easy access to information have made us almost dependent on them. One place where you don’t want to catch someone using them is behind the wheel of a car. However distracted driving accidents continue to rise.

Sergeant Jim Hentosz works for Akron Police Department and says he sees instances of distracted driving every day. The law is not a primary offense in Ohio which means he cannot pull someone over solely for this violation.

Hentosz says there’s a lot of difficulty to actually prove someone was distracted and that is why they caused an accident. The process of getting a search warrant to track the activity of someone’s phone would be too long and isn’t practical.

Hentosz says he sees many extreme cases of people using their phones.

“I have seen people driving with their elbows and their hands are up, I’ve seen that.”

Ohio State Highway Patrol Officer Doug Trotter says things are just as difficult for them despite the fact that they follow state laws as opposed to city laws. He says people don’t even take him seriously when he tries to get them to focus on the road.

“I’ve had people come up right next to me at a red light and they’re just texting away obvious to me even being there or if they do know I’m there they don’t care and that’s the most frustrating, even if I honk my horn at them and try and tell them to put the phone down, they’re like it’s an inconvenience for them.” says Trotter.

State Highway Patrol provided the data when it came to distracted driving incidents in 2018.

Sergeant Hentosz says that people will continue to comfortably text and drive and feel confident in their ability to until something bad happens.

He says “Ya know an induvial is going to believe that they have the ability to drive well and they’re going to run that confidence until proven otherwise.”

Distracted driving has become a huge issue, especially in the last 5 years. It is now the leading cause of motor vehicle incidents. It has overtaken drugs and alcohol in this position, but the numbers of accidents related to those is just as high, which means there are overall more accidents occurring every year.

The president of Drive Team in Cuyahoga Falls, Drew Salyer, says that they have decided to take different efforts to caution younger drivers about the dangers of texting and driving.

Salyer says “When we start our program we start em on our driving range and one of the first things we talk about is it’s okay to pull over. So if they get that message or whatever the case may be we pull em off to the side and kinda start implementing and hopefully a strategy to help them do that so they’re not behind the wheel when that occurs.”

Drive Team is starting to try and teach students more strategies such as putting the phone into ‘do not disturb’ mode or moving it out of sight to try and prevent distractions. They have also started to teach students that it is okay to pull over to reply and teaching them how to safely pull over in case of a texting emergency.

Salyer says these have been adapted over the years and they will continue to try and teach new strategies.

“We’ve learned that if you tell somebody not to do something, more than likely, they’re gonna do it because in a lot of cases that’s our nature, I’m like I wanna know why. So we push those envelopes, but if we give somebody strategies, if we give them ways to solve a problem, they’re more apt to do it. We’ve kinda gone to this practice the last couple years and it seemed to work better.”

Until texting and driving becomes a primary offense throughout the state, as it is an many others, it will still be a major issue. Places like Drive Team and law enforcement are continuing efforts to try and minimize the potential harm.