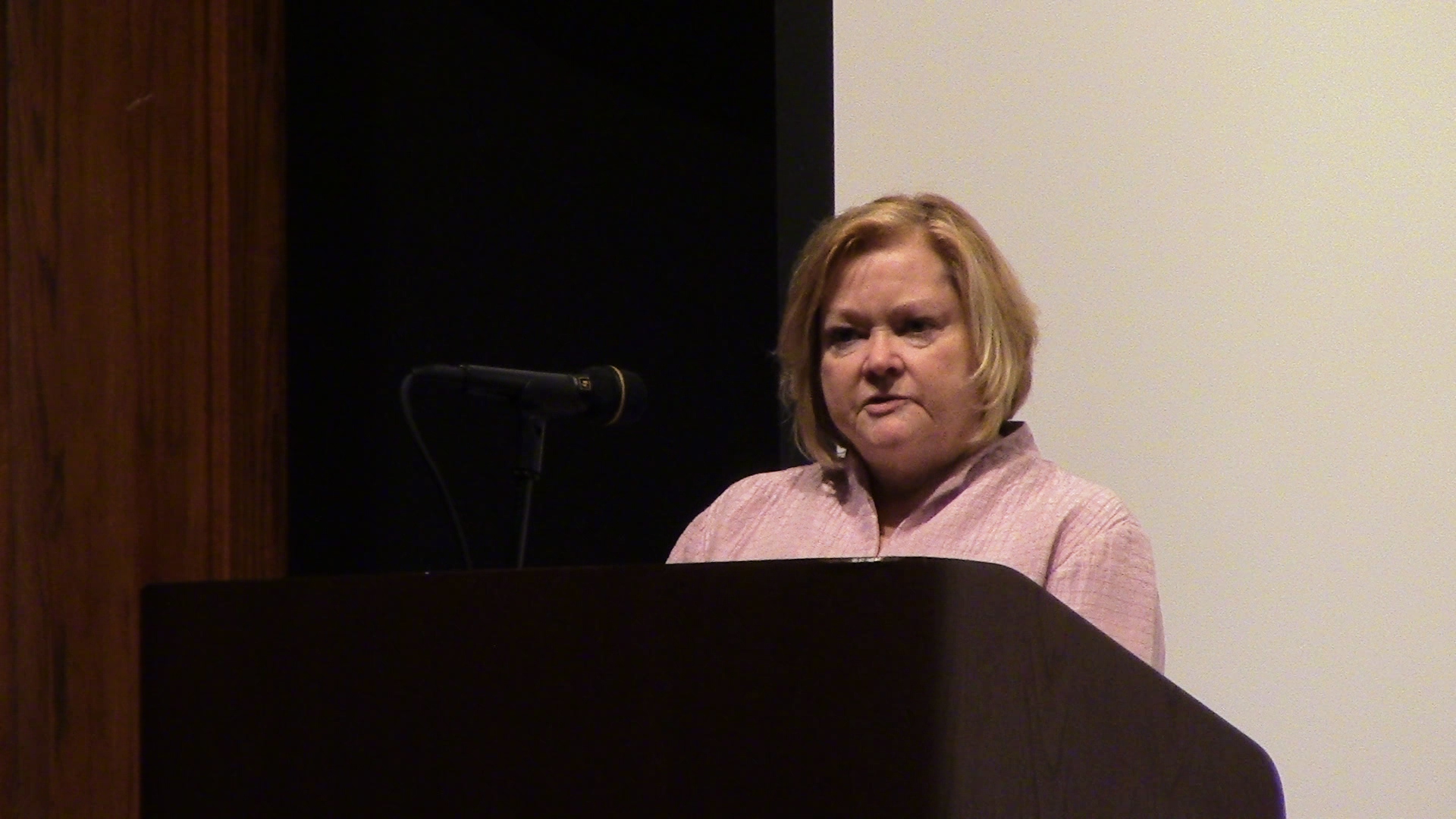 Anchor: Tragedy can either make you or break you but in Judy Shepard’s case it pushed her to become a better person. After her son was murdered because he was gay her husband and herself took it among themselves to share a message of hope and strive for change. We sent reporter Shawn Wilson to Kent State to find out what that message is.

In the LGBTQ community hate crimes are a common thing. The most popular of these is the case of Matthew Shepard.

Shepard was catching a ride home with some classmates at the University of Wyoming when they took a wrong turn into an abandoned field. When they arrived in the field Aaron McKinney and Russell Henderson beat Matthew tied him to a fence and left him to die.

Matthew made it to a hospital where we later died from his injuries.

Through this tragedy though Mathews parents use their story to help spread messages of hope, and education. Trying to stop hate crimes and keep all the Mathews of the world safe.

Among the audience was theatre professor Daniel Nadon and his partner James Semeraro. They were excited to hear her speak and listen to her message.

Daniel had actually directed a play about the events of Judy Shepard’s life called The Laramie Project.

Both Daniel and James enjoyed Shepard’s speech and say it has always been a goal of theirs to see her in person.

The President of PRIDE! Kent, Brandon Stephens says that speakers like Judy are important to show members of the LGBTQ community that even in tragedy you can find strength.

Stephens even says that more speakers should come here to Kent State to share their stories because the wider variety of stories the more understanding the community can have.