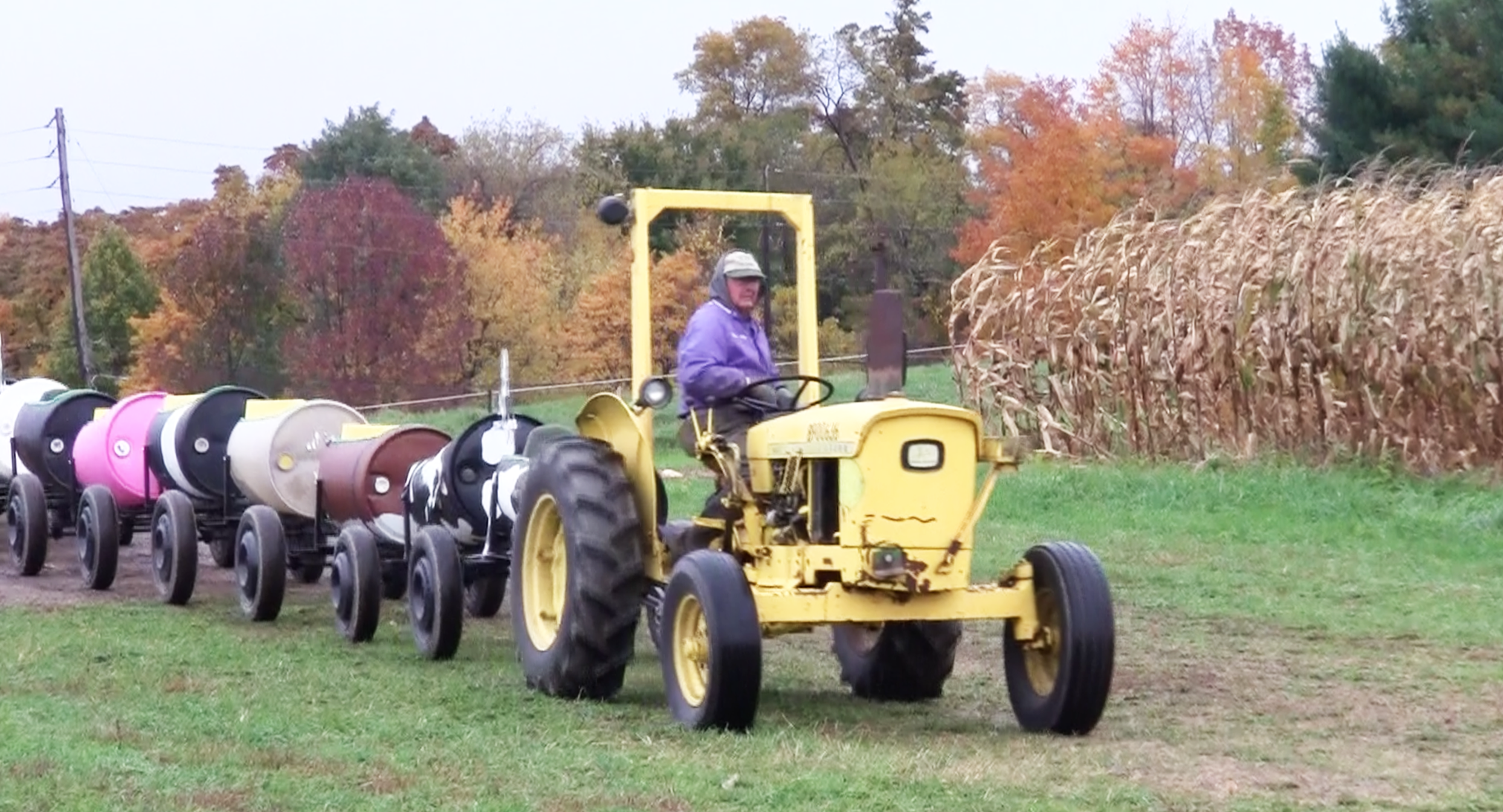 It’s that time of year to go apple picking, carve pumpkins and ride on bales of hay. But one farm in Mantua is taking the classic corn maze to a whole new level. Julie Selby has more.

It’s a farm full of corn, crazy cows, and cannons. Derthick’s farm in Mantua is one of the many Ohio farms that hold seasonal events of pumpkin picking and pony rides.

But this farm has a very large labyrinth that sets it apart from all the rest.

Derthick’s maze, which has been open to the public in the autumn months for nine years, is a staggering seven miles of twists and turns deep into the farm’s 183 acre land.

The maze features a new design every year with past designs featuring a 9/11 memorial, astronaut John Glenn and this year’s American legends; Paul Bunyan, Babe the Blue Ox, Annie Oakley and Johnny Appleseed.

After planting seeds in a criss-cross pattern to prevent corn rows, the maze is cut by a company that uses a GPS system on a tractor, which tells the driver where to cut.

The owner of Derthick’s maze, Philip Derthick, says more and more people are visiting the giant maze each year with one year reaching 10,000 visitors.

“We’ve had a definite increase in the number of families that are showing up,” Philip said. “Instead of a group of high school kids.”

When asked how the maze is advertised, Philip says with a chuckle, “Anyway we can. Everyway we can think of.”

The Derthick’s maze is featured in a variety of local magazines and websites. The maze is also advertised on WNAR, WGAR and the Fish radio stations.

“We’ve had one Friday night rain out,” MaryEllen said. “Now today is our second rain out and unfortunately, it’s our long day.”

The Derthick’s farm is only open weekends; Friday evenings, all day Saturday, and Sunday afternoons.

Rain outs can be frustrating for the Derthick’s as the autumn season brings in money to support the farm year-round.

The rain also floods parts of the maze. The Derthick’s must then walk the seven miles of maze, filling in muddy spots with hay. The seven miles also need the grass trimmed and the sharp corn leaves out of the way, not to mention cleaning up trash.

And with this hard work, comes no play.

“Mother always said we could go anywhere we wanted to on Sunday afternoon, as long as we got back to milk cows that night.”