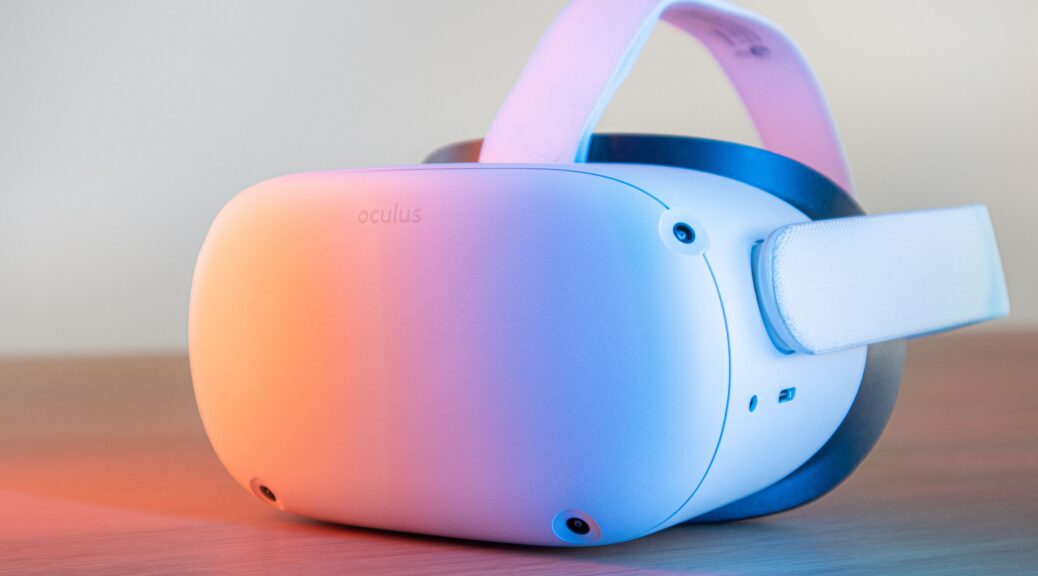 Mark Zuckerberg released many statements in the past somewhat similar to, “the metaverse is the future of the internet,” and, “A future with just a pair of glasses.”

Despite this, data from surveys through Ispos in January 2022 shows that out of 1,000 respondents who were 18 or older, a large percentage of U.S. citizens feel uninterested, concerned, or confused about the metaverse and virtual reality. This survey was conducted representatively across the country over a 12 hour time period.

This raises the question, what are people so concerned about with the Metaverse and virtual reality in general? Kent State Emerging Media and Technology Professor Abraham Avnison says privacy is what many should look at when it comes to new technology like the Metaverse.

“I think privacy is obviously a huge issue in the contemporary digital world we live in,” said Avnison. “I think people should be more concerned than they are about privacy.”

Concerns about privacy in virtual reality are echoed by many in the technology community, including those involved in Brookings, a nonprofit public policy organization dedicated to in-depth research to help innovate and assess new technologies. Brookings technology innovation researcher Tom Wheeler says the Metaverse and any 3D experience could pose serious threats to privacy.

“Seems to me that if the platforms can’t be trusted with their 2D services, how can they be with their 3D where the data that is collected about each of us is even more intense.” said Wheeler.

Avnison says the Metaverse itself was announced and developed under rather shady circumstances, which could be a part of the issue many U.S. adults hold with the developing technology.

“To me, it’s just a very vaguely defined concept. That is, it seems to be more about marketing and planting a flag by Meta,” said Avnison.

Wheeler questions the motives behind the creation of the Metaverse as well. He wonders if Facebook is really trying to create a higher standard for those who use their application.

“The threshold question is whether the new quest for standards is more than a strategic deflection from a company beleaguered by regulatory and judicial attacks and weakening support from the general public.” said Wheeler

“I also think that there’s probably going to be a generational divide around this and that people who are in their mid 30s or older are going to probably be a little bit more suspect and resistant to what is being touted as a paradigm shift,” said Avnison.

Data from Ispos also highlighted a disparity in age demographics feelings towards the Metaverse and how generational differences might affect their opinion. Of those surveyed who were confused, concerned, or uninterested in the Metaverse, a large percentage of them were 55 or older.

The variable uses for virtual reality

Virtual reality has developed into multiple different uses other than just typical gaming.

The Akron Zoo recently unveiled their new virtual reality exhibit where patrons get to go on an underwater exhibition. The exhibit allows visitors to virtually go on a research trip deep-diving to swim with simulated sharks. Akron Zoo spokeswoman Elena Bell says the element of virtual reality gives customers a whole new experience they cannot get from a normal trip to the zoo.

“So you’re going deep diving with sharks and you’ve got the sharks swimming at you from all different sides.” said Bell, “It just really gives you the immersive feeling of being out in the native habitat and really getting to see the sharks.”

Bell says the experience also includes simulated researchers that accompany you on the dive and educate the user on the way, which highlights using virtual reality for educational purposes. She says that adding technology like this into one of the Akron Zoo’s exhibits likely steers more towards a younger audience.

“So probably when advertising when we say virtual reality, probably the younger kids are like, oh, I love virtual reality.” said Bell, “Whereas when the older generation, they might come and see, oh, this is pretty easy, hands off that they will enjoy it as well.”

Whole businesses have been built around the idea of virtual reality itself. Kate Parkinson is the co-founder and CEO of Head Set, an organization dedicated to using virtual reality to help educate and train workers.

“We saw virtual reality as providing an opportunity for us to bring simulation training that is normally, like I say, expensive, inaccessible and time consuming,” said Parkinson, “to people wherever they are, and so being able to conduct training in newsrooms or during COVID in people’s homes is important.”

Head Set has a program that takes journalists on a VR experience into potentially dangerous reporting situations. Parkinson says people trying out the experience often show signs of how immersive VR can be.

“People invariably talk about sweaty palms or heart racing or the hair standing up on the back of their neck,” said Parkinson.

Both Head Set and the Akron Zoo agree that variable uses of VR can be very educational and beneficial when used correctly to provide an immersive experience.

Where does the Metaverse go next

“I suspect that the metaverse will actually be like a mixed reality situation in the way it is both created and consumed,” said Avnison.

Wheeler says that the collection of personal data has become a huge part of the digital media industry and Facebook can use the Metaverse to its advantage to collect that data in the future.

“If the metaverse is moving to a persistent pseudo-world, then the amount of data collected will be immense, as will the opportunity to monetize that data,” said Wheeler. “Facebook plans to focus on the sale of virtual goods, which like advertising, will require the collection and exploitation of personal data.”

“I think hearing people’s concerns, and hearing a diversity of voices in the design is going to be really crucial,” said Parkinson. “But don’t let me sound down on it. I’m really excited by the prospect of what’s to come.”

Parkinson has been continually working with this new technology as a part of her job. She suggests that people should have a level of caution with the Metaverse, but the prospects it potentially holds are exciting.

She noted a comparison with social media and how quickly this form of technology grew after coming out.

“Just think how social media can be a really unsafe place for a lot of people and it just feels like it’s always with you because it’s in your phone,” said Parkinson.

Avnison echoes a similar concern. He says that the prospect of new technology is always difficult and proceeding with caution is important, especially when involved with a big company like Facebook.