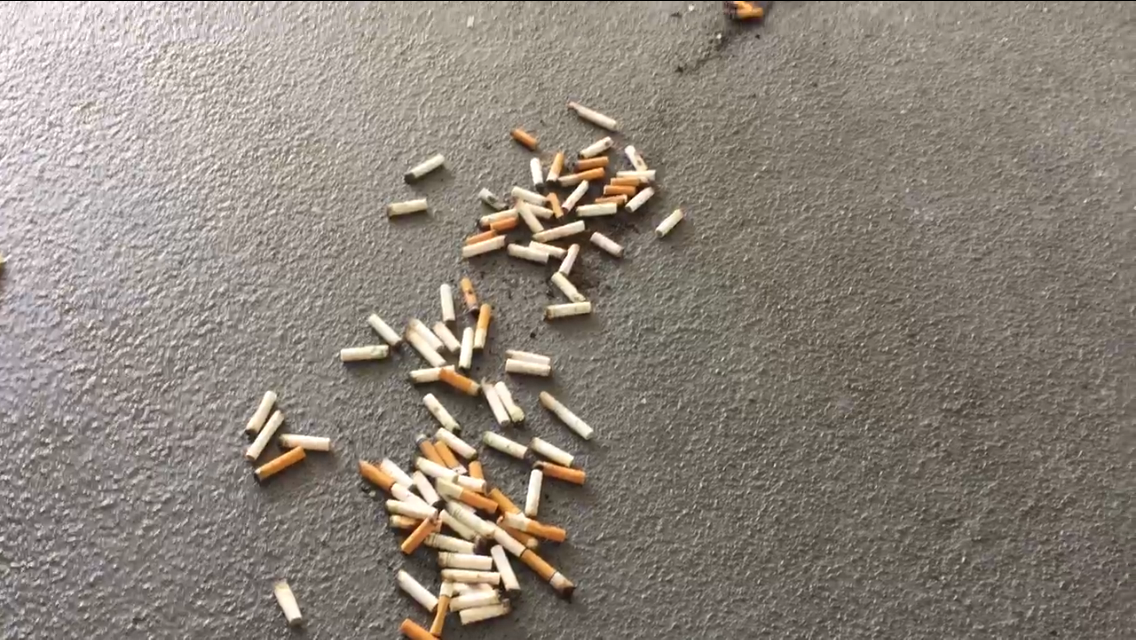 Anchor intro: According to the center for Disease Control 18% of adults in America smoke cigarettes. Most business and schools allow smoking in designated areas. But Kent State University may be working on a plan to eliminate smoking completely on campus. We sent reporter Shawn Wilson out to get opinions about how this ban could affect life here on campus.

Smoking cigarettes is a common thing here on campus. Students do it for the stress relief and Social aspect that comes with it.

There are restrictions on smoking though, smoking is prohibited inside all campus buildings and vehicles, all residence halls, and all outdoor events. Smoking is allowed if you are at least 20 feet away from all building entrances, overhangs, and windows.

But what if Kent State put a ban on smoking all together. In a interview with The Stater Greg Jarvie, Vice President of enrollment management and student affairs, said that “If we go smoke-free, we would phase it in over a period of time, probably a couple years”

Mark Santagata is a freshman exploratory student here at Kent State who started smoking when he was in high school.

Mark: I started smoking in high school and I’m Kind of addicted now.

I wanted to try it and my friends smoked so it was easy for me.

Mark says that a smoking ban would probably get him to stop smoking because it would be such a hassle. And he feels that security could use their resources to stop more important things.

Stand up:  The  Assistant Residence Hall Director for Lake and Olson halls, Naadiya Hopkins, says that a smoking ban could be a good thing.

Naadiya: I believe that could be a good ban, not only for the students but for the faculty and staff as well. It would promote healthy living, and healthy education awareness.

But Naadiya also says that she thinks a ban could have negative effects on the students.

Naadiya: As far as the cons of banning I see students in general I see a height in smoking. I believe students would take a backward step, but then again they may take a different step.