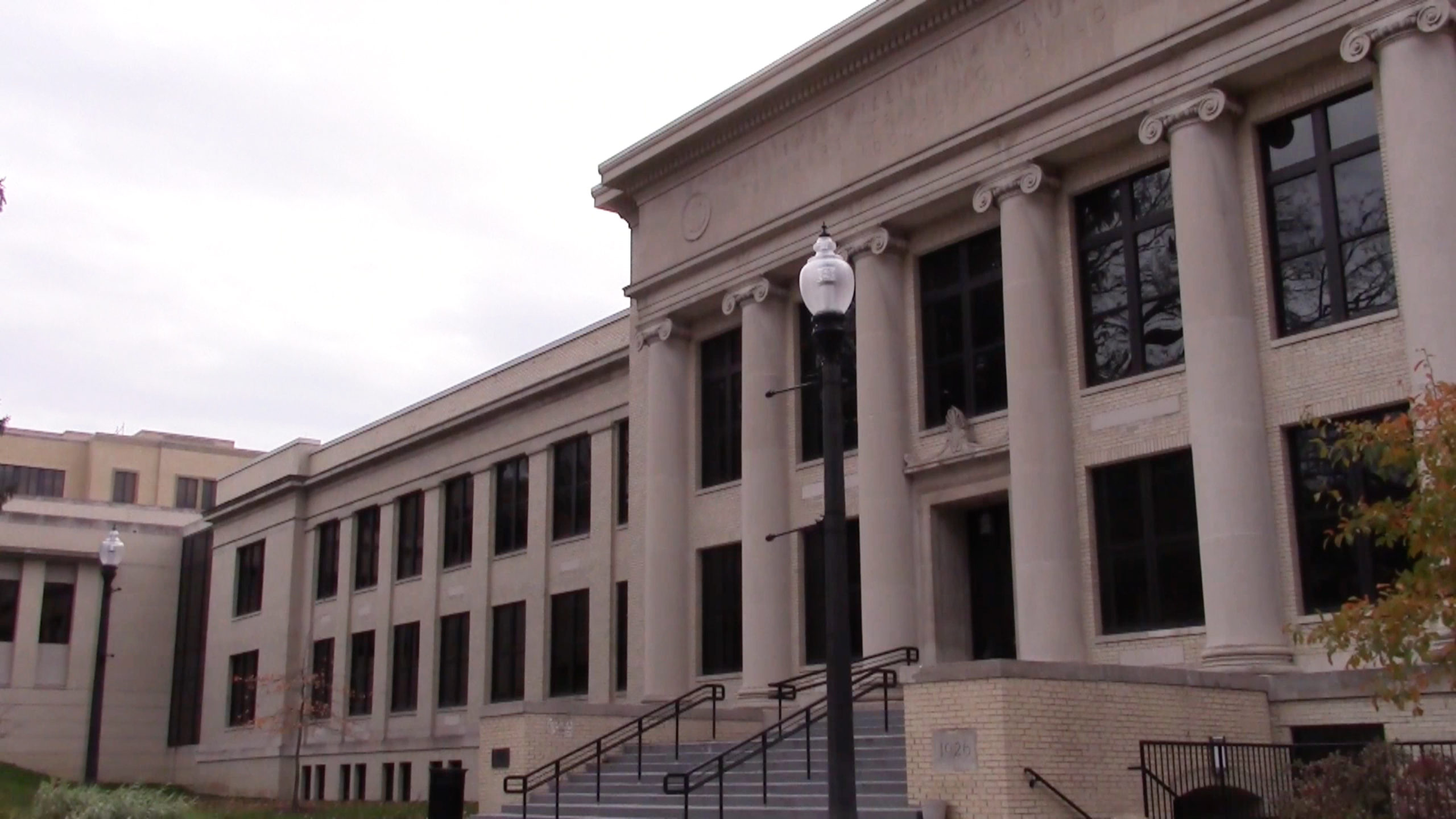 As most students were downtown on Kent Halloween, one student finds some unusual visitors in a campus building late at night. Reporter Julie Selby has more.

Chances are that most Kent State students were downtown than in campus buildings in the late hours of October 25th and early morning hours of the 26th, Kent Halloween.

Student Melinda Stephan was working on a project in Franklin Hall, Kent’s journalism building, around 1 a.m. on October 26th when Stephan says she was startled by what she saw when she walked in.

“I turned around and there’s a cop right there and I walked over,” she said. “I realized that there were like eight or nine of them. I looked over and I was kind of alarmed because there was a gun, I think sort of sitting up against a table.”

Kent State police are the only police force allowed universal access to most Kent State buildings by key card.

On the evening of Kent Halloween, the police were in groups of seven to ten consisting of a mix of Kent State police, Kent City police and other police forces from around the area.

As a journalism school, professor and Knight Chair in Scholastic Journalism Mark Goodman, is concerned for the credibility and objectivity of the independent student media housed in Franklin Hall.

“The risk I think is the appearance to listeners, viewers, readers that student media at Kent State are acting in concert with law enforcement officials,” Goodman said. “They’re not independent anymore.”

However, director of the School of Journalism and Mass Communication Thor Wasbotten isn’t as concerned with the police having 24-hour access to Franklin Hall.

“All I heard was this idea that… student media is in one part of the building and law enforcement was in another part of the building and somehow because of that, that could cause a conflict and I don’t see that at this point,” Wasbotten said. “Unless I hear something different that there was a direct relationship between student media and law enforcement that somehow prohibited freedom of speech.”

Community resource officer Michquel Penn of Kent State police says the police need universal access to all buildings to keep students and staff safe in case of an emergency.

“If there was incident where a student needed help, we need to have access to get into that building,” Penn said. “So it’s definitely necessary to have access to all of the buildings on campus and especially some of the ones where it’s being used at night.”

While the journalism school disputes the ethicality of the 24-hour police access to Franklin Hall, Kent State police’s access, as of now, has no future of being revoked.