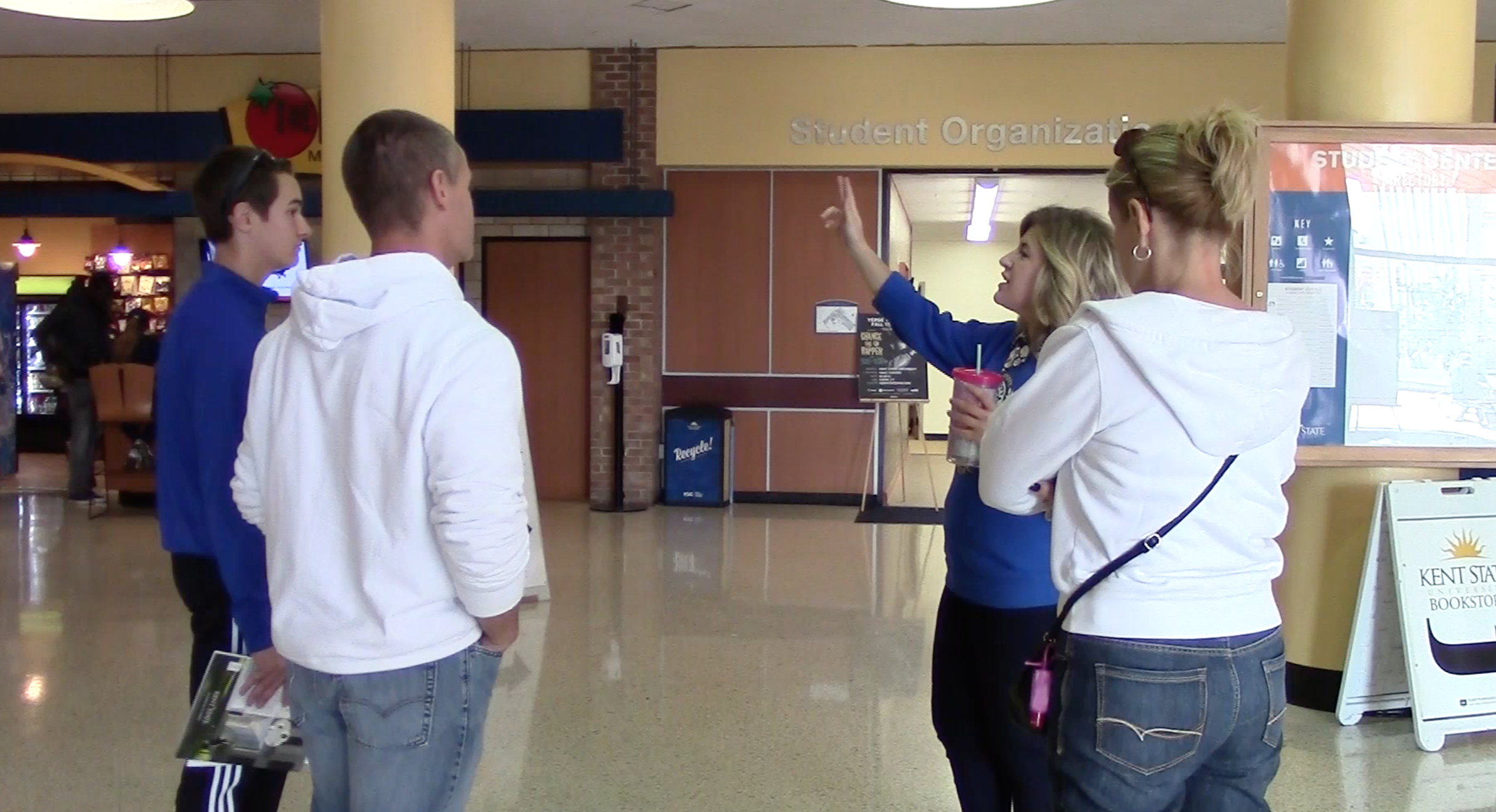 Preview days and campus tours are in full swing at colleges all around the country. But who is helping students learn more about Kent State? TV2’s Paige Katrinchak tells us about one student who is guiding others to become a golden flash.

Joise Gilliland is the first person some students meet at Kent State. As one of 60 tour guides, it is her job to make a good impression on visiting high school students.

Joise is the senior-most tour guide and has been a guide for 10 semesters. She shares the knowledge she’s learned over her past five years at Kent State while taking her tours around campus, all starting and ending on the second floor of the student center.

“We’re their first experience, their first what it’s going to be like to be an actual student here on campus. So it’s important because if we don’t make the right impression then we’re not bringing in the right students, or the type of student that Kent State would want,” Joise said.

Assistant director of admissions Brian Crescenzo said when he first met Joise he didn’t think anyone could be that happy. But, he said he realized it is just part of who she is.

“As a tour guide, just her being out there with those families, going the extra mile for them and walking them around. She is a valuable person to our office,” Crescenzo said.

Crescenzo said tour guides have a chance to influence high school student’s decisions to come to Kent. Joise said she has had multiple students tell her she is the reason they chose Kent State and even see her as “Miss Kent State.” One student, who was influenced by Joise, is freshman Connor King.

“She was really knowledgeable of Kent as a university, she knew everything about it. She was able to answer all my questions and was very nice. I would advise anyone to pick her as your tour guide,” King said.

Crescenzo said her knowledge, energy, and happiness are all a part of what makes her a successful tour guide.