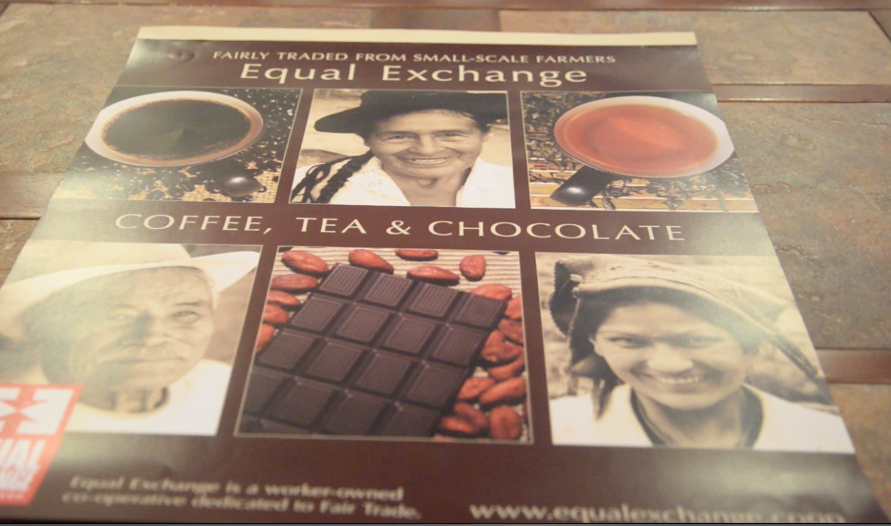 A new student organization is on campus, and they are looking to help others in a big way.

The Kent State University Chapter of Catholic Relief Services officially began operating this semester, and after just a few short months, these students have already started helping out with global causes like Climate Change, Fair Trade and Refugees, all while laying the groundwork for a long future for the organization.

Catholic Relief Service is a global organization with localized chapters around the world working towards common causes. According to their website, It was started in 1943 by the Catholic Bishops of the United States to assist those affected by WW2 in Europe.

Kent State’s Catholic Relief Services, or CRS, started over the summer when founder, Nicole Sauter, was trying to find a way to expand the outreach mission of the Catholic Student Organization. Sauter, who is also the President of the Catholic Student Association (CSA), says that she and the campus minister were researching a way for CSA to get more involved both on and off campus when she discovered CRS University.

“Its kind exciting because they are interconnected, CSA and CRS, but CRS has become an entirely different chapter, and it stands on its own,” Sauter said. “The leaders have done an amazing job taking it to where it is right now.”

One of the first steps, according to Sauter, was putting together a team of leaders for Kent’s CRS chapter to go to training. Co-Chair Ambassadors Eric Abowd and Veronica Musser both stepped up when Sauter asked them to serve.

Abowd says, at first, he wasn’t even exactly sure what he was getting into when he said yes.

“To be honest with you, to start with, when I was asked to do this, I didn’t know what they did fully,” he said, “but when I went to training there are so many issues in the world, and there’s so much we can do.”

As a member of CSA, Musser says she felt like she needed to find a way to do more the organization.

“I saw this as an opportunity to get involved but also promote global solidarity,” she said.

With CRS being so new to campus, both Musser and Abowd said this semester has been about educating themselves and others about the causes, they, as a chapter, want to take on and advocate for.

“Right now students come to our meetings to hear about different issues, think about what they’re really passionate about, and give their opinion about what they’d like to see CRS do at Kent State,” Musser said.

‘We’re focusing on making sure we get educated, so we are able to go and expand and talk about it on campus,” Abowd said. “We have to make sure we know what’s going on out there, and what, as Catholics we believe should happen.”

The catholic Mission is respecting the human dignity of a person, and I think that’s absolutely what CRS is about

The CRS student leaders stressed that the organization was open and welcoming to all faiths and all people.

“We definitely welcome anyone, no matter what their religious background is, and what we’re looking for in ambassadors is honestly just people passionate about social justice and willing to go out on campus and talk about their mission,” Musser said.

Abowd, Muller and Sauter all say it’s faith that inspired them to answer the call to serve. They, along with the rest of CRS, fight for causes they believe their faith stands for.

“We’re all human beings and we’re all made in the image of god, and it is important that we help out and make sure others have homes as well,” Abowd said.

”The role of Catholicism in Catholic Relief Services is honestly to serve as Christ did to others,” Muller said

“The catholic Mission is respecting the human dignity of a person, and I think that’s absolutely what CRS is about,“ Sauter said.