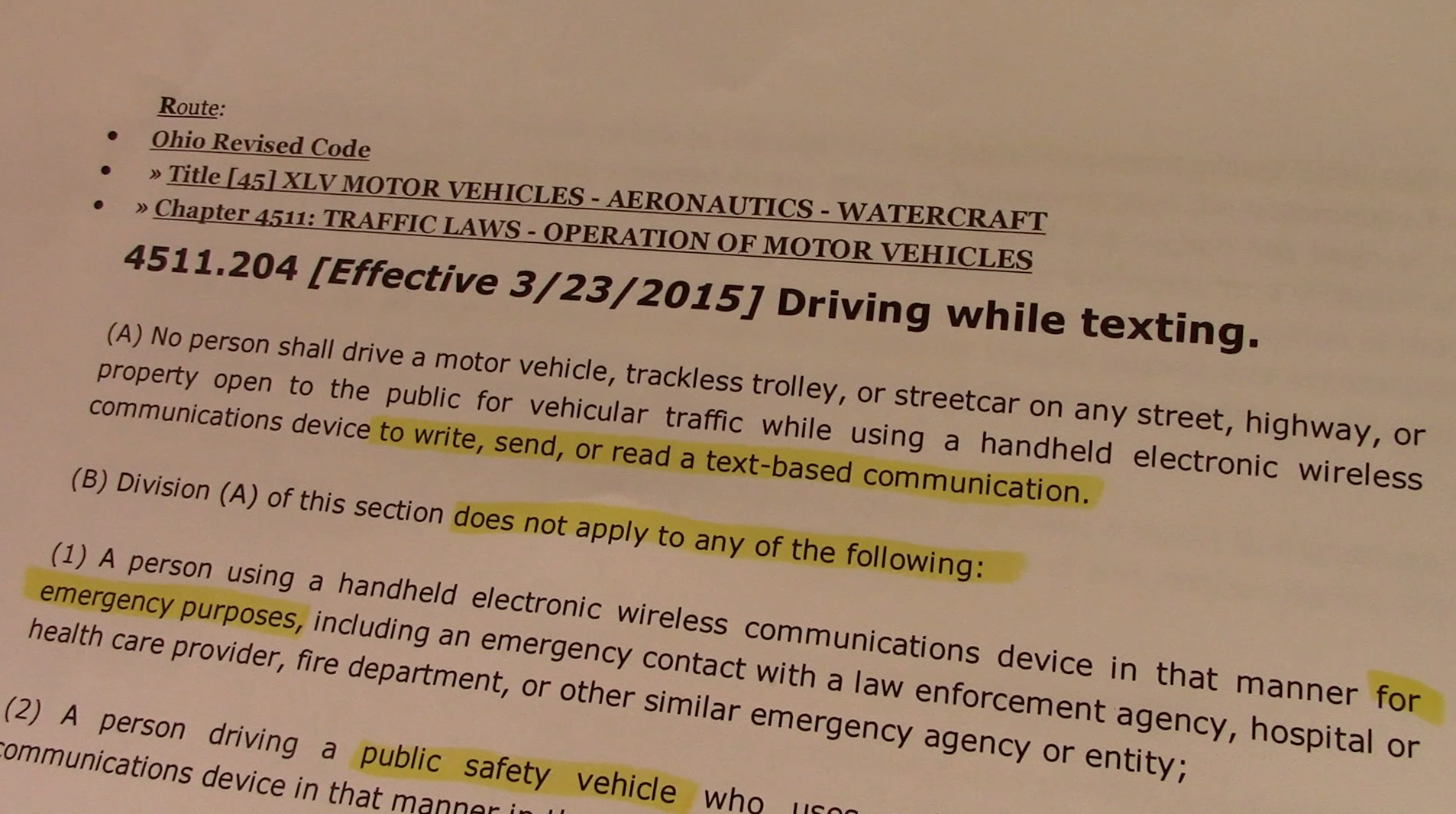 The Ohio Revised Code has passed a law preventing drivers to text and drive, but cops have no authority to ticket them even if they’re caught first-hand.

Effective March 2015, Ohio does not permit a person to drive a motor vehicle while using  a handheld communications device to write, send, or read a text-based communication.

“This is a useless law”, Lieutenant Prusha said.

Law enforcement officers are not allowed to stop drivers solely for texting and driving, even if they see you.

Additionally, Officers do not have the right to search your car or look at your phone to find out if a driver has violated the law.

“My guess is that some elected official put this into writing to explain how safe they want to make the roads, and the folks who haven’t looked into it further, don’t understand that this doesn’t make the roads any safer,” said Prusha.

Although law enforcement only has a limited effect on cell phone usage while driving, some drivers such as Cornelius Roberts still see the dangers.

Text messaging, for example makes a crash up to 23 times more likely.

“I try not to put myself in that situation,” Roberts said.

One night, Roberts sat in the passenger seat while his friend drove. He glanced at his phone for a split second and almost swerved off the road. That experience was enough for him to know texting and driving wasn’t worth it.