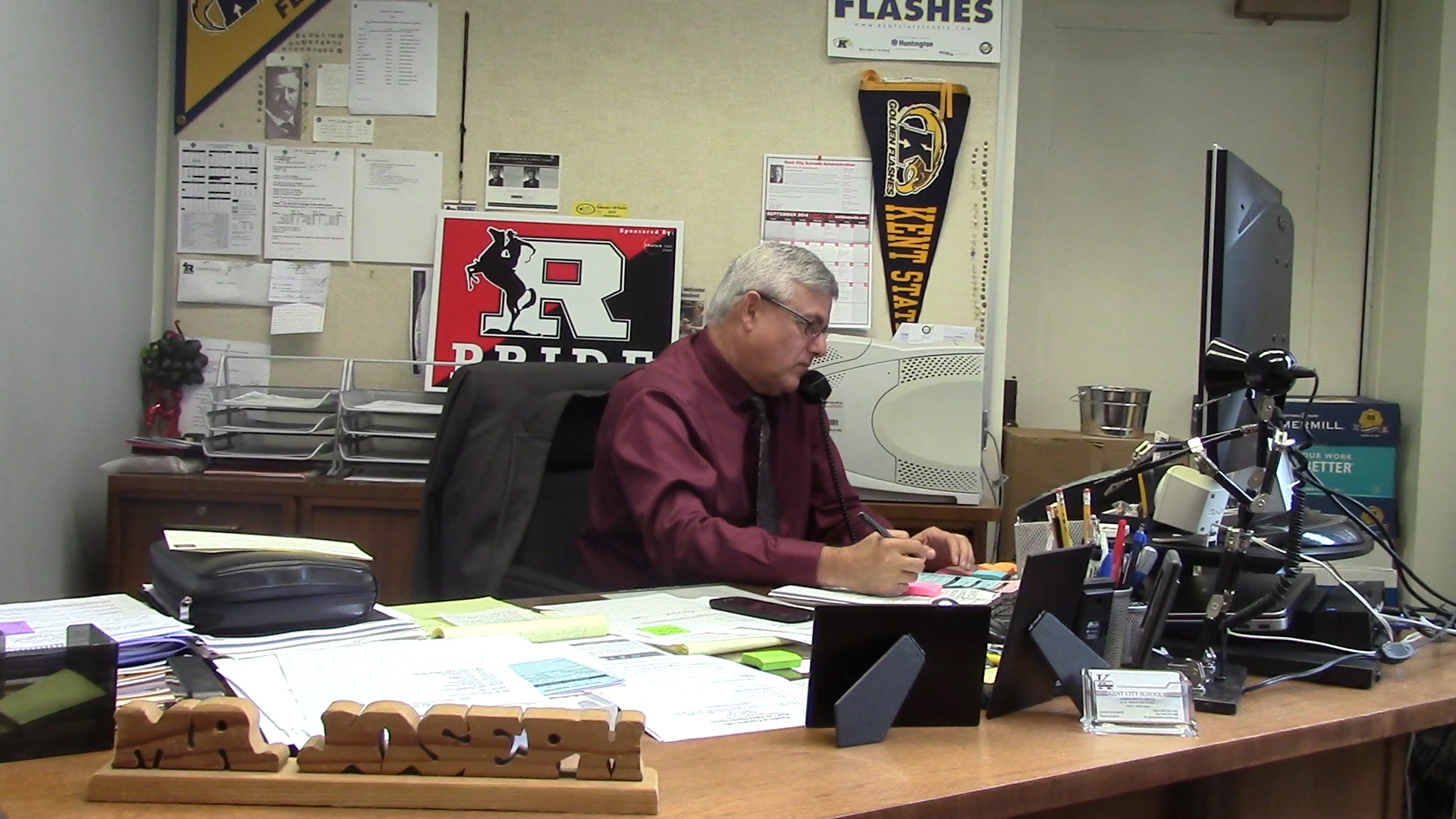 While Kent City Schools is welcoming a new school year, they are also welcoming its new superintendent. The transition to a new school district is not always easy. But as TV2’s Jon Huntsman explains, interaction and collaboration are key to making yourself more at home in the city of Kent.

Another school year has begun for the Kent City School District.

With the 2014 school year now underway, teachers and staff have been hard at work to ensure all goes well. The pressures and demands that come with being a member of Kent City Schools can be troublesome.

Kent City Schools Superintendent George Joseph has been on the job since August 1 and has been putting in a lot of hours. George works an average of 13 hours a day, including weekends.

Although it seems like much, Joseph said he reminds himself to just take a step back and relax for a moment.

“I have to make sure I stop and take a breather in between,” Joseph said.

Joseph is trying to adjust to his new role. Prior to joining Kent City Schools, Joseph was an assistant superintendent the last five years at Worthington Local Schools.

But now, George is back in the city of Kent where his career in education took flight. Joseph is a proud graduate of Kent State University, where he also received his Master’s Degree in Educational Administration.

Joseph has a new plan for the school year and it all starts with building relationships within the city of Kent.

From day one, George has gone out of his way to talk to members of the Kent community. Whether it’s through athletic events or open houses, Joseph has gained valuable insight into how the Kent community conducts themselves.

But simply talking to people has not evoked enough information for Superintendent Joseph. That is why he has started an online Survey Monkey to help him learn more about the people of Kent. Joseph said the survey is only six questions long and shouldn’t take longer than a couple minutes.

Thus far, only 130 people have filled out the survey, below Joseph’s goal of 200 responses. He is now calling on all people, including Kent State students, to help fill out the survey for his personal benefit.

In addition to building strong relationships within the school district, Joseph is now working on collaboration efforts with Kent City Schools and Kent State.

Joseph said this is a great start, but would still like more communication between Kent City Schools and Kent State to collaborate a little bit more.

“I’d like a little more communication between Kent City Schools and Kent State,” Joseph said. “We have started that, but it’s only the tip of the iceberg as they say… There’s so much more we can do to collaborate together.”

Only two months into the new school year and Superintendent George Joseph is already adjusting to life in Kent. Joseph is glad to be back in Kent, a place known for excellence in education.