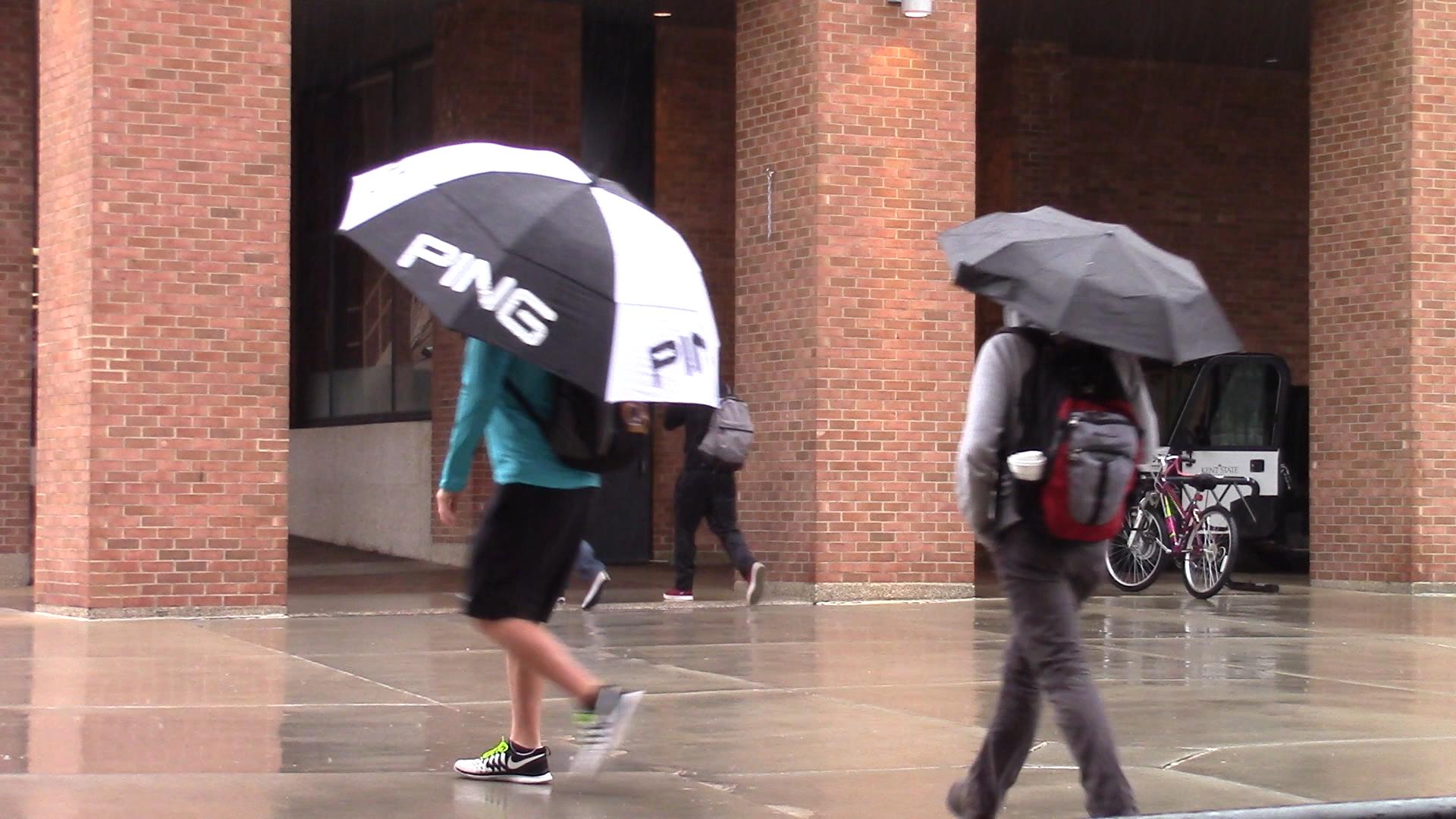 April showers in Ohio mean a lot of walking in the rain for students at a college like Kent State University.  More often than not, you can find students that would rather get soaked instead of using an umbrella.  Reporter, Rex Smith, went to KSU to find out why.  While he was there, he found some students that were trying to help others not using an umbrella.

Kent State university is a college campus with just under 30,000 students.  A lot of those students have to walk to get to class.  When it rains, that walk becomes less appealing.

It was found that many students decide to not use an umbrella when it rains.  Instead, they simply endure the rain and often get soaked on their way to class.

When asked about the lack of umbrella usage, one student said “It’s just a hassle to, like, close them and put them away.”

“It’s just a hassle to, like, close them and put them away.”

Seeing that there are many students not using an umbrella, members from the Center of Student Involvement were out handing out free umbrellas near the Student Center on Kent Campus early Tuesday morning.

Student coordinator, Sydney Jordan, said that she thinks it’s important for students to have something to protect them from the rain.

The Center for Student Involvement will often provide services such as free umbrellas or gas cards for commuters in an effort to help students in any way they can.