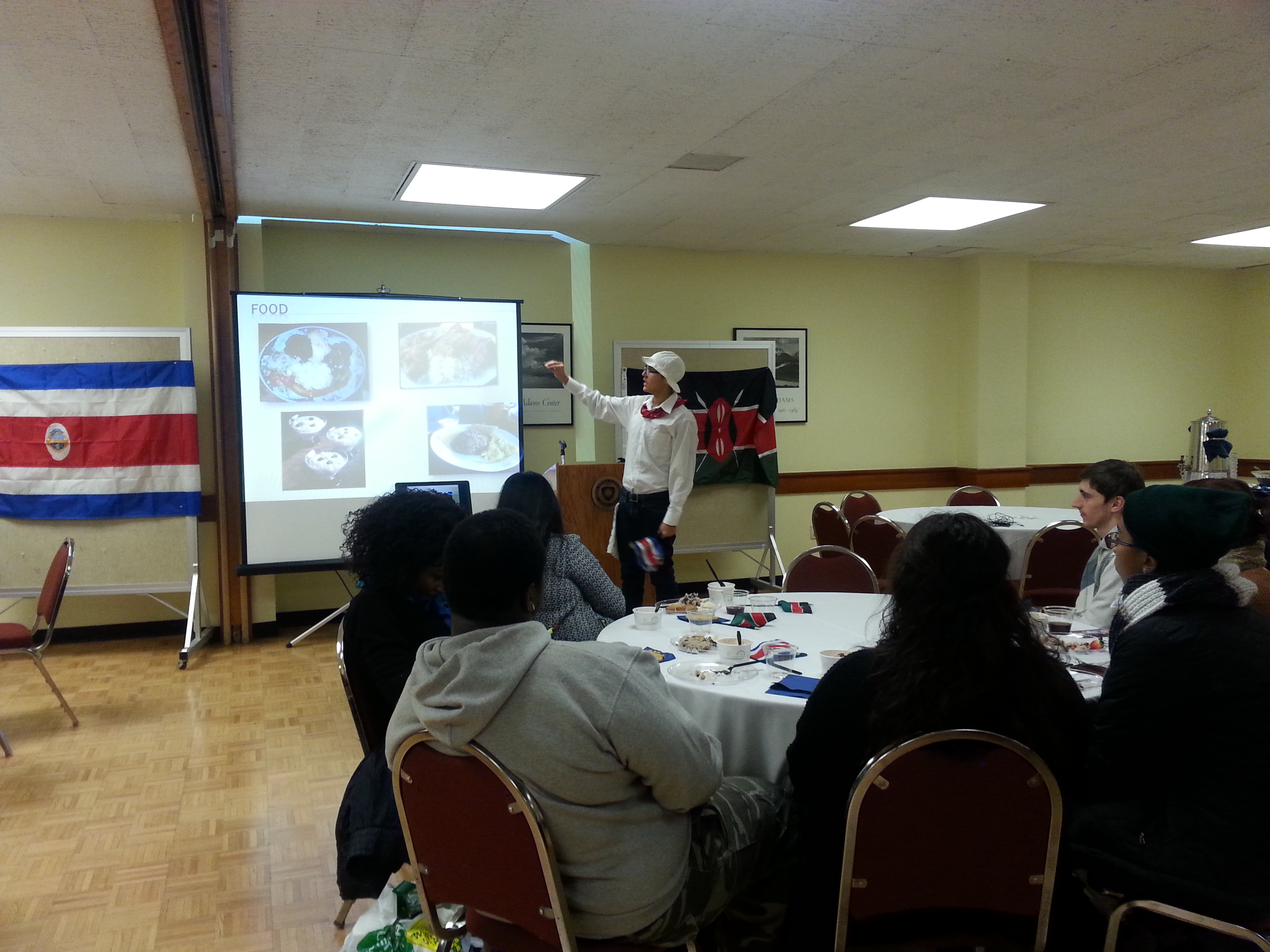 ANCHOR INTRO:
Culture could be the key to success for many international students. Lauren Stebelton tells us more.
NAT SOUND: Students speaking to each other in Spanish.
REPORTER OBJECTIVE TRACK:
With more than two thousand international students on campus, it could be hard to stand out, but some are willing to take the chance. This is a Cultural Café, a way students of other nationalities can present to the Kent State community information, heritage and traditional objects important to their home country. Every month, the Office of Global Education holds the celebration of cultures around the world with free ethnic dishes recreated by Dining Services. Last month’s café, held Feb. 24 on the third floor of the student center, featured presentations from Costa Rica and Kenya. Koonce Assistant Residence Hall Director Tabetha Maly, who oversaw two Cultural Cafes so far, explains what students who attend the event can take away from it.
TABETHA MALY SUBJECTIVE SOT:
“This experiences may be something that attracts someone that wants to to a study abroad program, or just to do a little more traveling in general to better understand these cultures.”
STANDUP:
“I’m here with Costa Rican presenter Dennis Escalante and his traditional Costa Rican dress. It is represented by a hat, a bandana, a shirt and a traditional other bandana used to wipe the sweat.”
NAT SOUND: “Soy Tico”, a traditional Costa Rican song.
REPORTER OBJECTIVE TRACK:
This is a traditional song native to Costa Rica called “Soy Tico”, which in English means “I am Costa Rican”. Escalante described the song tells about the great hospitality of his people. He says he is the only Costa Rican international student this semester and told me a chilling experience studying at Kent State.
DENNIS ESCALANTE SUBJECTIVE SOT:
“I just wore, like, all my sweaters, all my warm clothes, but it wasn’t enough. Besides that they forgot or misunderstood my arriving time, so I just got to the airport. I was frozen, I was, no, it was so shocking.”
REPORTER OBJECTIVE TRACK:
Escalante is also a Teaching English as a Second Language major. He says the reason he loves English so much is because it is universal and can give him opportunities to succeed in any culture. For TV2 KSU, I’m Lauren Stebelton.