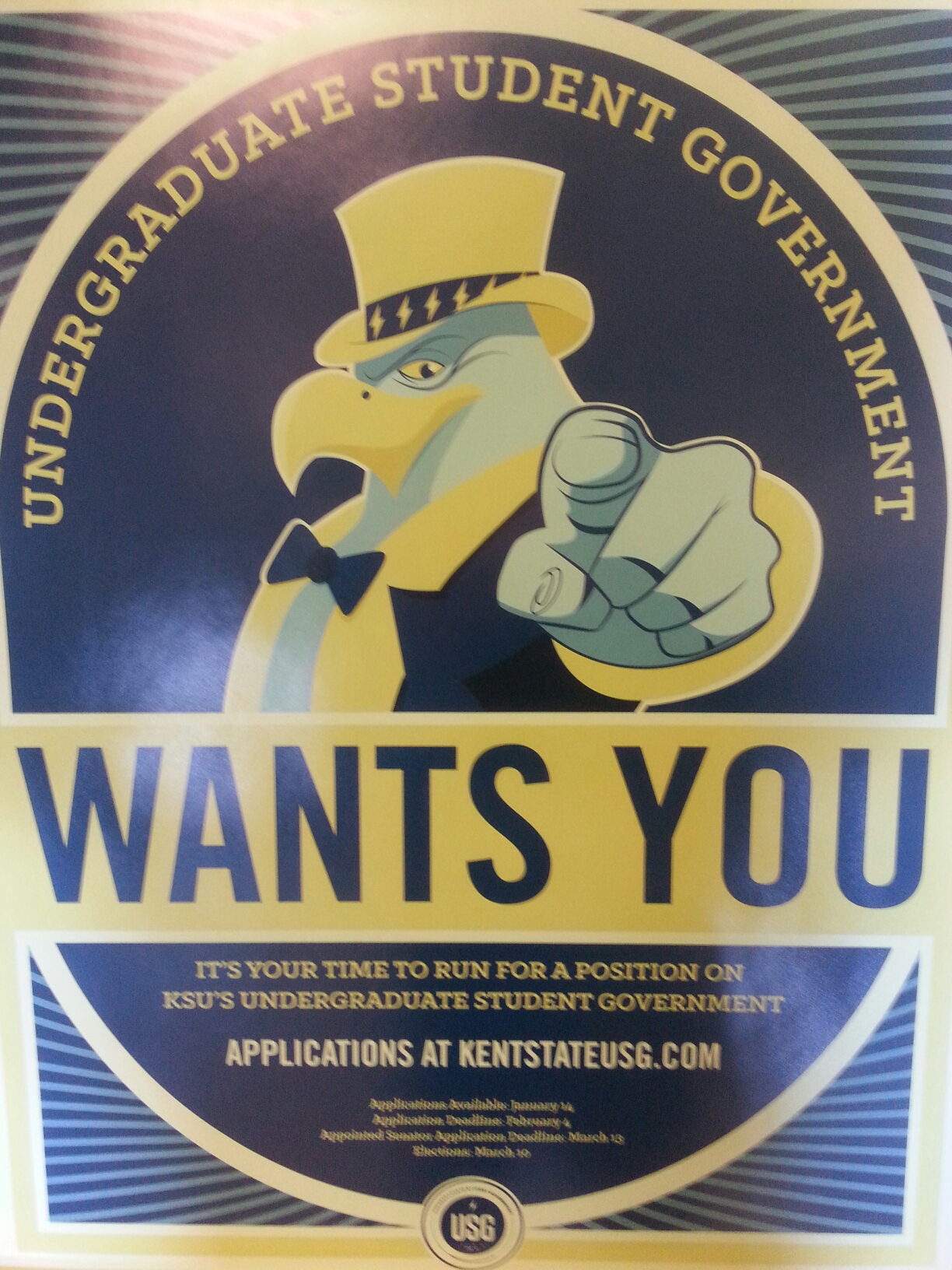 Marvin Logan is the Executive Director of Undergraduate Student Government or USG for short. USG is here to Improve the quality of campus, while also helping students that attend Kent State University.

USG is in charge of multiple events and making life easier for Undergraduate Students. Such things include free Blue Books for students, and the ever popular Spring Concert that has brought big names to campus for years.

Kevin Hart, Drake, Kendrick Lamar, and Capitol Cities are all examples of USG bringing fame to Kent State University purely for the enjoyment of the students. Every year students are excited or disappointed when they hear who is coming, but not many know how the talent is chosen.

This year it is Kevin Otubu, Director of Programming, who will be in charge of the concert and other events scheduled to be on campus. A position formally held by the now Executive Director, Marvin Logan.

I found myself enamored by the Executive Director while speaking with him.

Marvin is a former Kent State Track and Field Athlete who, due to injury, had to walk away from his passion. He has been apart of USG for 5 years now, but started low as a part of Street Team and worked his way to the top. A position he says was “Always a dream” and a “Natural Step.”

It was nothing short of  a battle for Logan to get where he is now, but come April 2015 it will be election time. Logan will be graduating after this semester which means new opportunities not only for him, but for the new Executive Director to be. Election time is a special time for USG with everyone’s position up for grabs.

Nobody is safe in a sense when it comes to election season. By that I mean everyone will have to re-run to either hold their current positions or move up in the USG pecking order. Which should make for a great story.

The greatest story to be told is the one about the Memorial Garden that will be unveiled later in the Spring semester. The previous two Executive Directors tried to make this garden happen that will be dedicated to all the students Kent State has lost throughout the years.

Justin Pierce the former Executive Director got in contact with Marvin after finding out he won the election. He told Marvin to keep the idea alive for the Memorial Garden to be completed. Not only did he keep the idea alive, but he got approval to follow through with the project.

Student Government is a constantly active organization on campus that is dedicated to helping and improving the students experience while attending Kent State University.