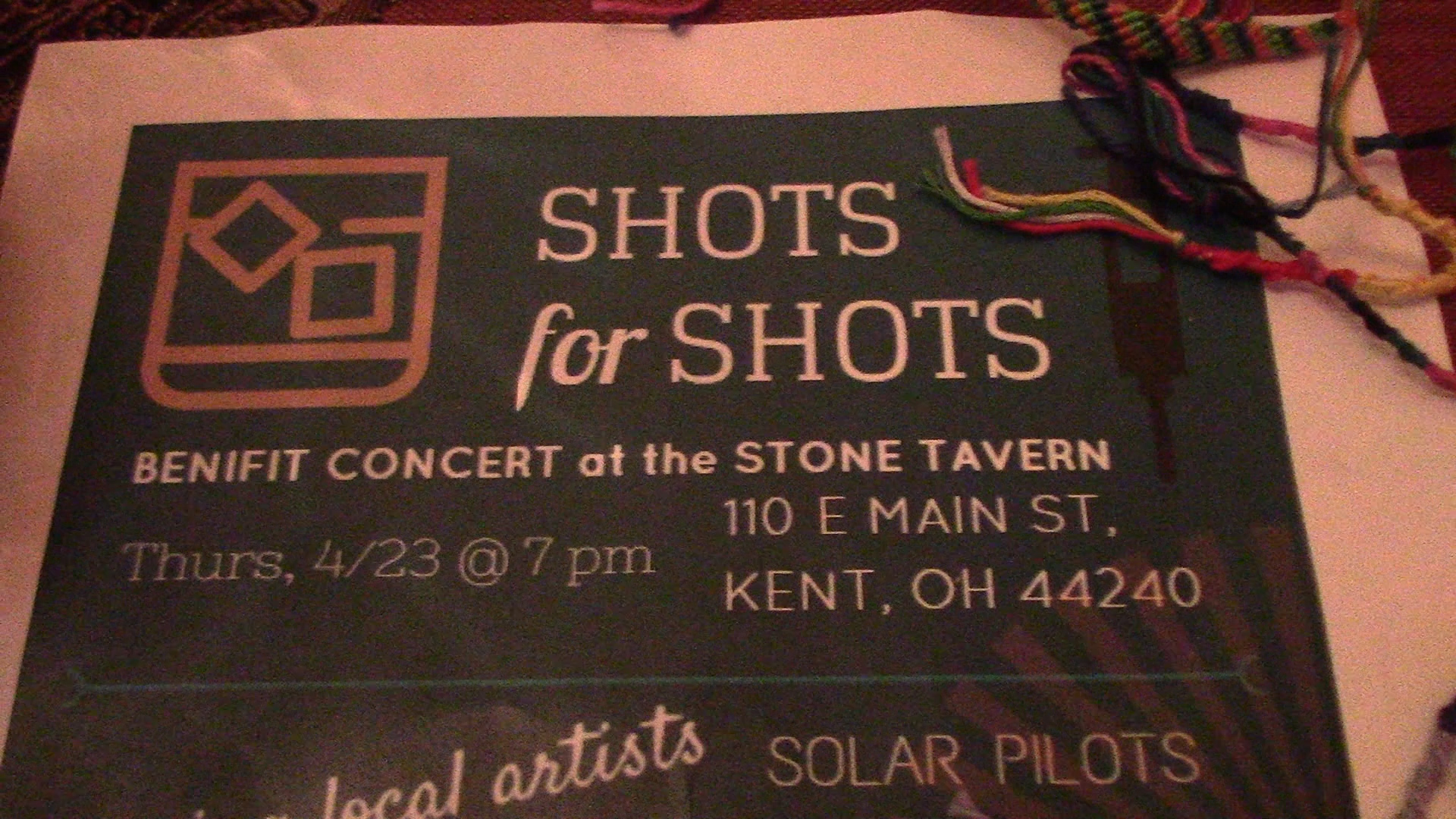 Something special went on at the Stone Tavern in downtown Kent last Thursday night. A group of Kent State students set up a big night of music, companionship and charity.

Most Thursdays nights, The Stone Tavern is your average bar with a band or maybe a comedian playing to the crowd. Last Thursday, it hosted the second annual Shots for Shots; an event put on by a group of Kent State students involved with Unicef to raise money to get vaccinations to kids without them.

“Unicef itself, it stands for ‘United Nations’ Children’s Fund.’ They work in over 190 countries and do humanitarian work,” said Emily Brodke, one of the Unicef-involved students helping to run the event. “They help provide clean food and water… they help with health issues, if there’s an outbreak of something, they’re there.”

Emily and her team set up a booth by the door, giving away handmade bracelets and bowls formed out of records to those willing to donate to their cause.

Every dollar counts because 1.5 million children die each year due to illnesses that could have been prevented with vaccinations.

Unicef as an organization was hit hard recently. A van of Unicef workers in Somalia were attacked by members of terrorist group, Al-Shabaab, killing four of them. Carolyn Reisdorff spoke about the incident at the tavern.

“These were people who dedicated their entire lives to protecting children and making the world a better place and their lives were taken from them,” said Carolyn. “So tonight we’re going to say something to honor them… and let their memories serve as a reminder that peace should always have the last word.”

The rest of the night represented that push for peace with donations filling the massive cookie jar on the Unicef table, and music and good-spirits filling the room late into the night.