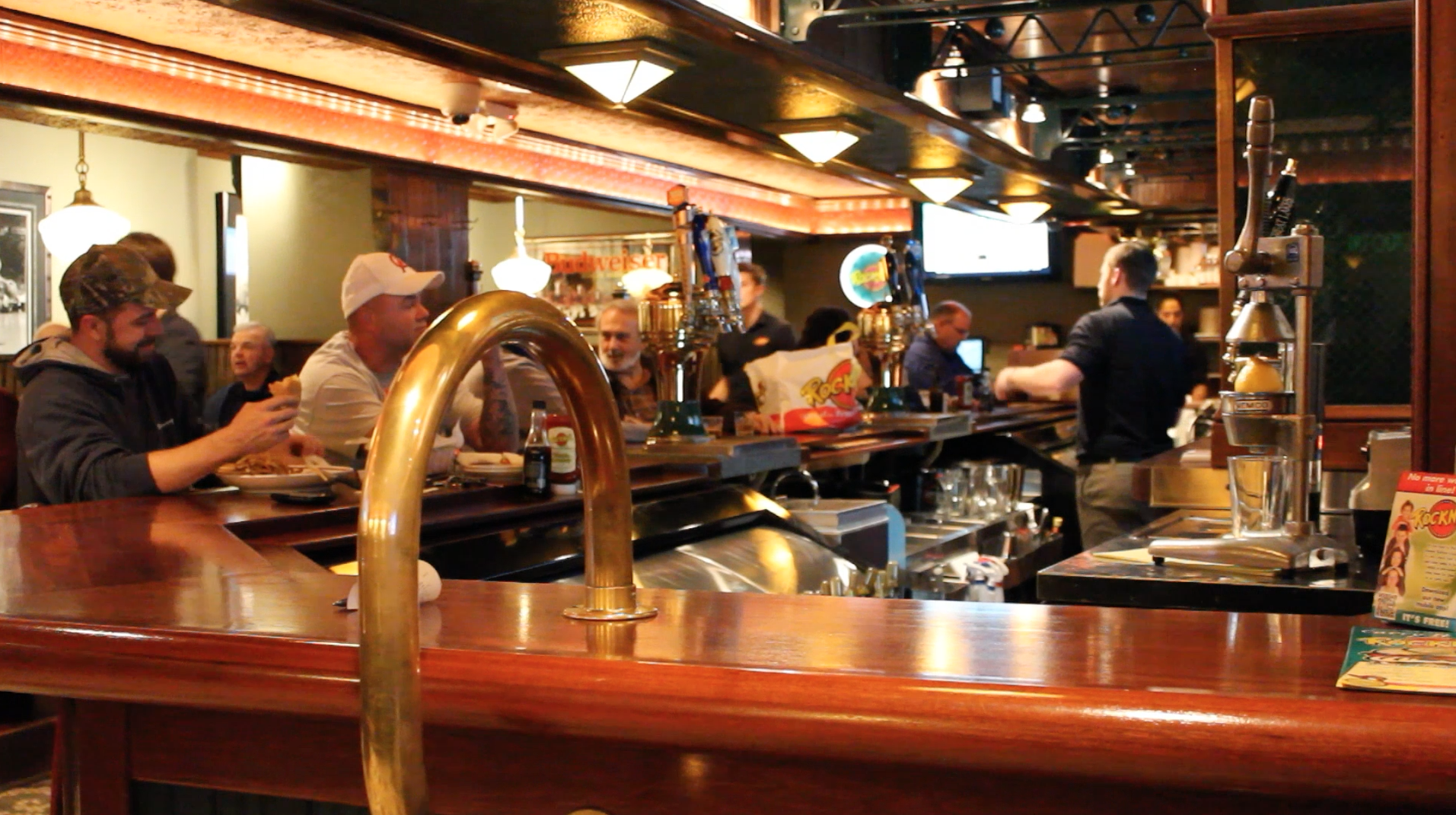 A classic Kent State staple that is still thriving despite the downtown revitalization. Spiros Tempelis has more on one of Kent’s local favorites.

“I love the fries that you get at Rockne’s with the malt vinegar.”

Angela Brisentine is no stranger to the food, and if you’re reading this there’s a good chance that you aren’t either.

There are 11 Rockne’s locations in Northeast Ohio, one of them right here in Kent.

Rockne’s on East Main has served customers their favorites for over a decade. But due to the recent downtown revitalization, their late night rush has slowed down a bit.

“I mean we  still have a pretty great lunch rush and dinner rush.” stated Brooke Grimes, one of the restaurants managers.

” We used to be busy later you know, past eight o’clock into nine, ten, eleven o’clock at night. We’re definitely not as busy during those hours as we used to be.”

Thanks to Rockne’s satisfied customers over the years, and the great food, they have no trouble making up for lost ground during regular hours.

“Good food, good service, and what our dish got here in 10 minutes? So the promptness of the service as well.”

Nate Sopp, who has been eating at Rockne’s since he was eight years old, is still drawn back for some of his favorites.

When asked what dish was his absolute favorite, Sopp had this to say,

If Rockne’s keeps up what they’ve been doing for more than a decade here in Kent, they’ll have no problem keeping up with the booming downtown, and will still retain a piece of the “Kent Restaurant Pie.”