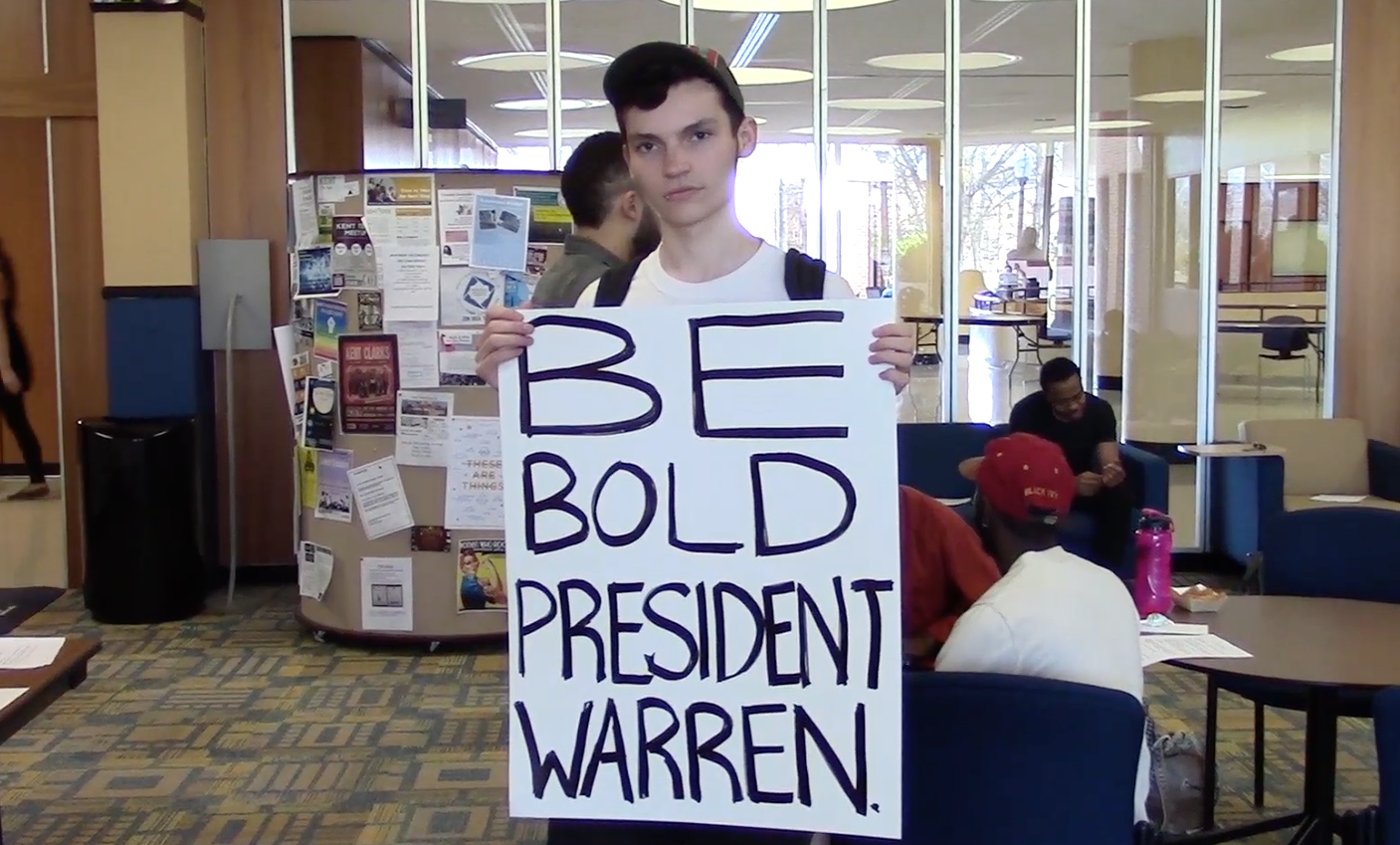 A decision made by the provost has Kent State Students ready to protest. A group of upset students gathered at the April Faculty-Senate meeting to show the provost just how they felt.

A decision made by the provost has Kent State Students ready to protest. A group of upset students gathered at the April Faculty-Senate meeting on Monday to show the Provost Todd Diacon just how they felt about his denial of tenure to a popular professor in the Art History Department.

The professor in question, who wishes to remain anonymous, is well-qualified according to Kent State’s tenure guidelines. Department of Pan-African Studies professor Dr. George Garrison believes that there has been some sort of discrimination or misuse of the tenure process involved in that particular decision.

“There’s some inherent problems,” Garrison said. “The system does not work.”

Garrison is not alone in these feelings as many students came to show support for the professor who was denied tenure. Students also came to show their lack of support for the provost. Some signs carried by students held the words “Students want the provost to go away;” others carried the words from the #BlackLivesMatter Movement and even more signs cited the statistics of the professor in question’s case.

many students were upset by the  idea that the provost has denied the voices of the students and faculty by not approving tenure for the popular professor.

Graduate Student and activist Amanda Paniagua had very specific views about the title and position of the provost as well as a message for the students and faculty of Kent State.

“Titles don’t mean anything,” Paniagua said. “It’s your character and your actions that speak much more to who you are as a person and right now the provost is acting as though he is above any reprimand from students or faculty and I think its important that students and faculty tell him that he cannot continue to behave like that.”

No word has been heard yet from the office of the provost.

The protestors will follow up with a student forum to discuss this issue and more April 22 on the Kent State University Student Green at 3:30 P.M. They are encouraging the use of university president Warren’s hashtag #BeBoldKSU.

Follow @SparkmanJasmin for updates on this story and the tenure case involving the anonymous professor and the provost.