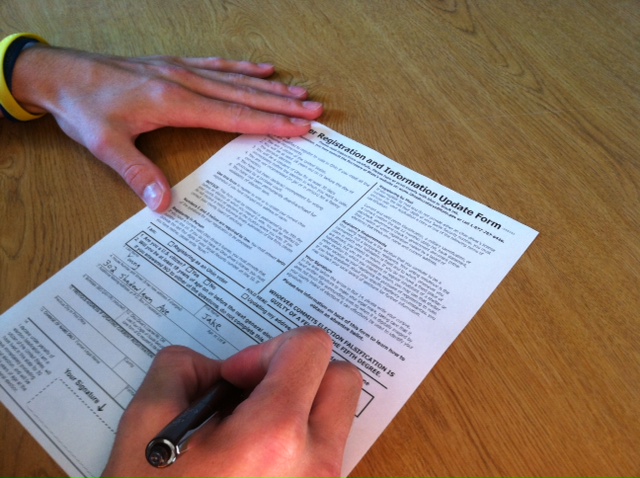 On November 4,  Americans from coast to coast will head to the polls to take advantage of what is perhaps their most valued right: Voting. In Ohio and across the nation, local Boards of Elections are responsible for making sure the day’s events go as smooth as possible.

Currently in Portage County, the Board of Elections is in the process of proofing all of their ballots set to go to different cities and polling locations. The candidates and issues are already known, but correctness is essential and candidates must sign off on the layout.

2014 is a mid term election year, with all members of the House of Representatives up for reelection. Portage County has three Congressmen, all of whom are seeking another term. In addition, Governor John Kasich is also running for reelection, along with the Lieutenant Governor, Attorney General, and Treasurer among others in statewide races.

On a more local level, voters will decide on a variety of issues from state and local representatives to school levies, all of which could impact their everyday lives. Despite the importance of these matters, voter turnout tends to be low during non-Presidential elections, and BOE deputy director Bradley M. Cromes says there has not been a large uptick in voter registration, although it is early. The registration deadline is October 6, with early voting starting the next day.

The BOE is also seeking election day volunteers and testing voting machines. Portage County uses AccuVote-TSX machines for the vast majority of its elections, although a paper option is also available if the voter desires.

Cromes acknowledges there has been a negative stigma attached to electronic voting. But despite perceptions created by TV shows like Scandal, he calls the machines both “accurate and secure,” saying that most recounts (if any) occur within the paper ballots. Cromes says the county tends to have 1 to 2 recounts per year, with the last statewide recount occurring during the 1994 Attorney General race.

One of the most interesting aspects of the election may be the structure of the Board of Elections itself: Both the number of employees and membership on the four-member board are required to be split 50-50 between Republicans and Democrats, something done to maintain fairness within the system.

In addition, leadership positions are decided by who the Governor is. For instance, since Governor Kasich is a Republican, the BOE director (Faith Lyon) is also a Republican, while the deputy director and Chairman (Cromes and Craig M. Stephens, respectively) are Democrats.

Should Ed Fitzgerald win the Governorship in November, Lyon and Cromes will switch positions and a new chairmen will be chosen. While that may seem confusing, Cromes says everyone’s role essentially remains the same, and everybody works well in a bipartisan manner. Their main goal remains the same: making sure the election is conducted with accuracy and integrity.