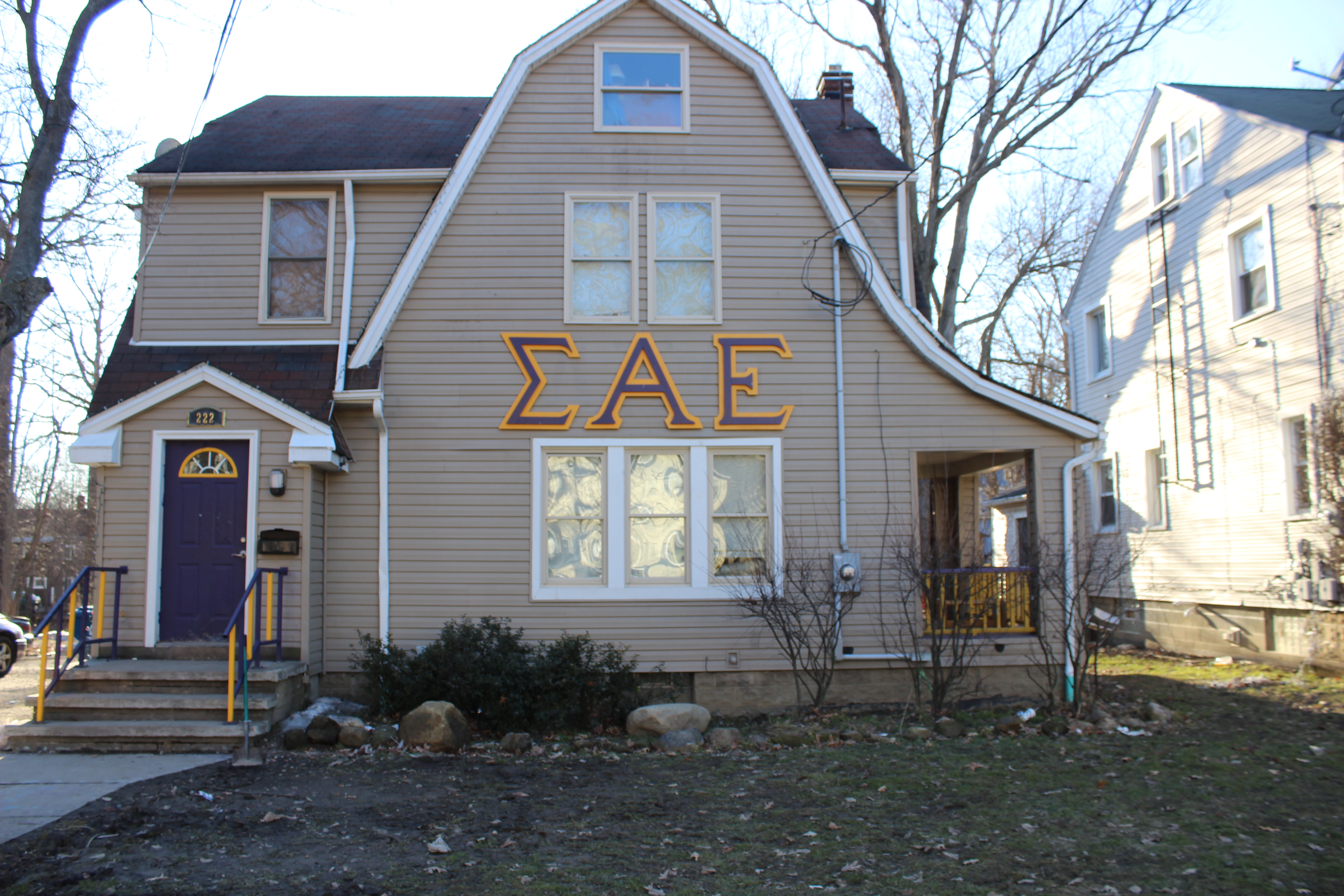 Anchor Intro: After the shocking footage of the Oklahoma Sigma Alpha Epsilon racist chant broke national headlines, it left the rest of the chapters around the country to pick up the pieces.  The Kent State University SAE chapter wants to show the world how they differ from Oklahoma, reporter Ty Sugick has more.

Kevin Otubu: “I threw my phone right away because it was something hard to see and hard to hear from your chapter.”

You just heard Kevin Otubu, a member of the Sigma Alpha Epsilon chapter at Kent State, initial reaction to this…

This chant caused a huge uproar, not only in their community but nationally. As you see people protesting on the Oklahoma campus the video that would lead to the dismissal of the Sigma Alpha Epsilon chapter. This makes things especially difficult for the chapter here in Kent. As they look to prove that the actions of a few do not reflect them all, as President Colin Otubu explains.

Colin Otubu  “Its an honor to be in Sigma Alpha Epsilon every single day and I’m grateful that I’m in it. You can’t let one bad apple ruin all us and how you view our fraternity. Even though we always say one persons actions reflects everyone because you’re apart of a bigger group not yourself. Just know that this is not how we are as an organization.”

The Kent State Sigma Alpha Epsilon chapter looks to move forward from this and follow in the path of the great SAE’s before them.

Brother of the Kent State chapter Sam Gratska explains some of the criticism his brothers received from the community.

Sam Gratska: “There were some brothers that were in our chapter that were scrutinized and honestly bullied.. But they honestly handled it well, with respect and as true gentlemen and it’s obviously not something we stand for.”

Jerelle Tate and the Kent State chapter left this message for the guys in Oklahoma.

Jerelle Tate: ” I’m not one to hate someone, but just think about what you did. Does this really reflect who you are and what you stand for as a person? Do you think that behavior is accepted anywhere?”