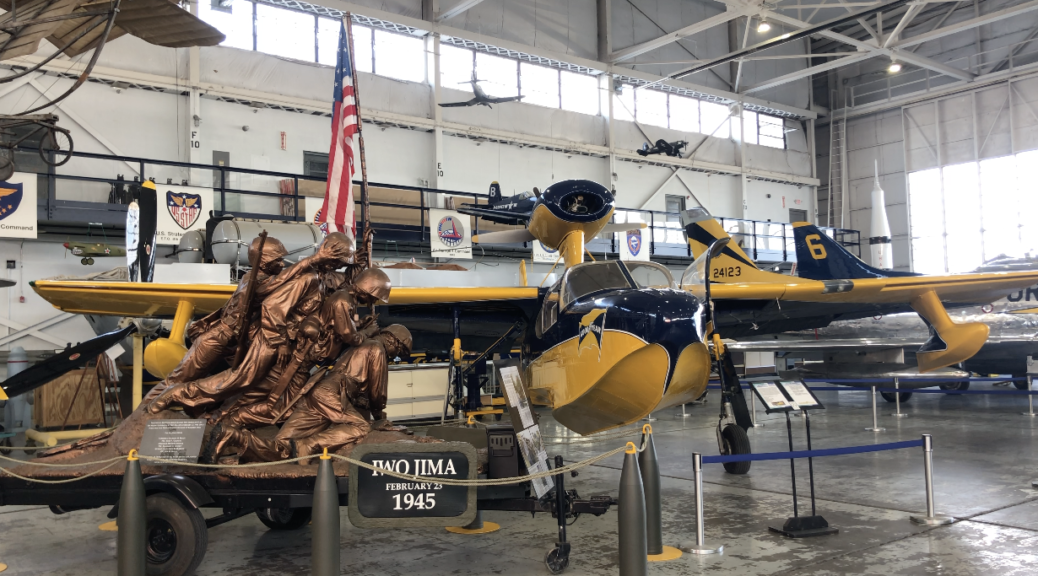 Gary Haught, Head Curator for MAPS Air Museum, found out about this place because of a flyer that was left in his camera bag at an airshow.

“I didn’t know what it was but it had an address and a phone number, and one night I thought, I’m gonna check this place out,” Haught said. “I came down here, looked around, never left.”

MAPS Air Museum is an internationally known museum that serves as a center for America’s history in aviation and much more in the service industry.

“I’ve been able to come in here and work with so many veterans. Especially WWII veterans, which we are losing at an alarming rate,”

“I’ve been able to come in here and work with so many veterans. Especially WWII veterans, which we are losing at an alarming rate,” Haught said.

The volunteers at MAPS range from history buffs to veterans.

“I have always been interested in the military and aviation,” Ronald Schultz, Webmaster, said. “I have an air traffic control background, hence the connection there.”

Debbie Bussinger, Librarian at MAPS, found this museum while looking for internships for her library science degree.

“I am a veteran, an Air Force veteran, and I was calling around for special libraries, I just googled libraries and this place came up. I had never heard of it before,” Bussinger said.

“I never left, I just love it. And because it’s avionics, the library has grown to much more than avionics,” Bussinger said.

MAPS Air Museum has over 100 volunteers working every week which translates into 57 full-time employees keeping this museum running and growing.

“Coming here now, it’s such a small organization,” Bussinger said. “There’s a lot to do, so there’s a lot of hats you can wear.”