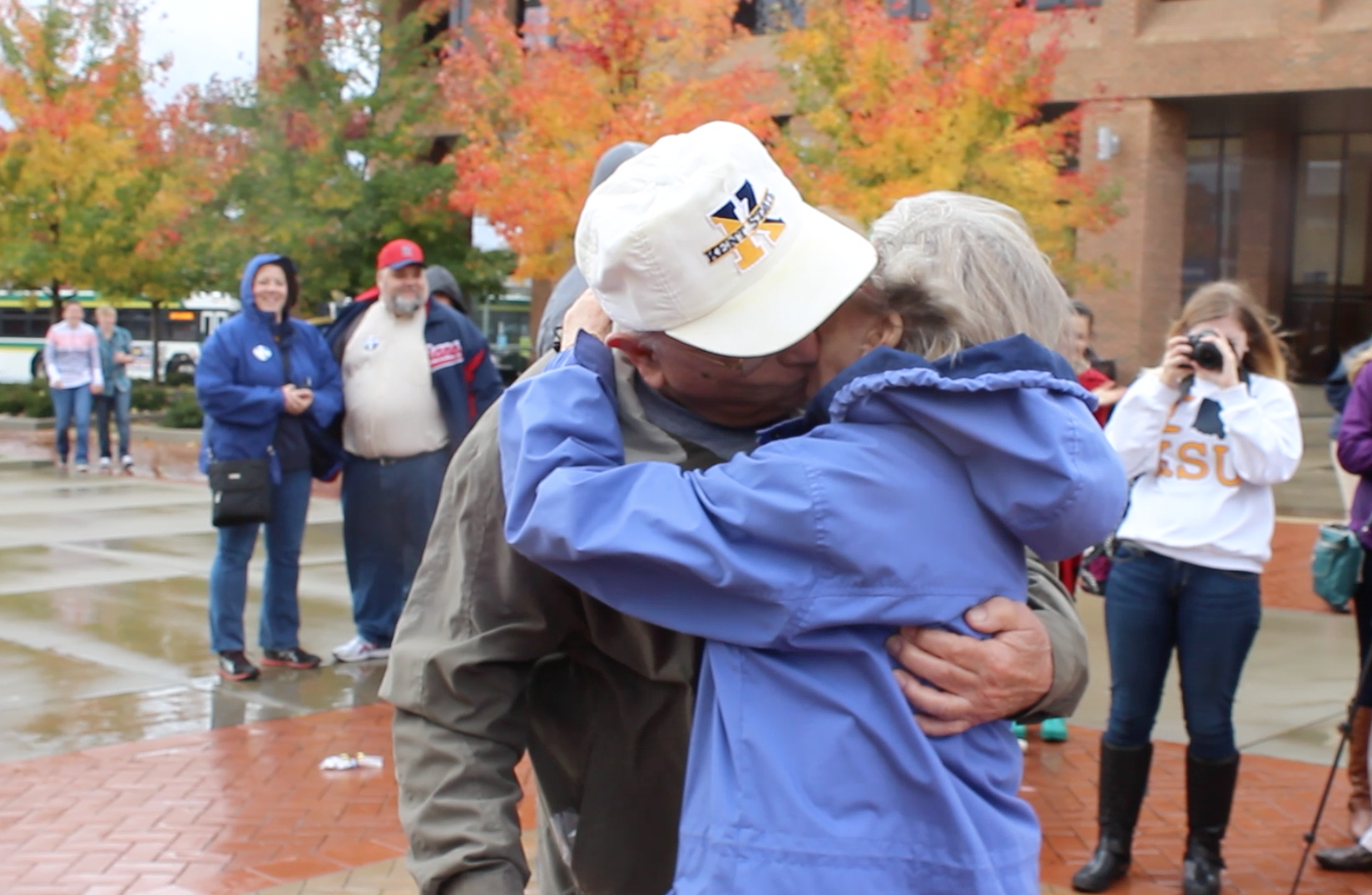 A budding tradition that thrived despite the weather. Spiros Tempelis has more on what had people smiling at Risman Plaza.

Every kiss begins with…

As part of the Homecoming festivities, Kent State couples from the past and present made an appearance to share not only a kiss, but their stories of how Kent played a role in their love.

Five honorary couples were selected for this years festivities and received a number of giveaways, with one couple being awarded a nights stay in the Presidential Suite at the Kent State Hotel.

This years honorary couples were, David and Laurel Hurst, Peter and Jennifer Schmeiser, Yves and Nancy Dossous and Lt. Col. Floyd, Chris and Sierra Baker, and Carolyn Schriber , graduating from the classes of 1960 up until the class of 2011.

I spoke with Kent Alumni and current Kent residents Marcy and Jeff Janus, who met in the Kent State Rathskeller in 1988, and have been inseparable ever since.

First time attendees Lindsey Watt and Travis Vanek, who have been together for two years, thought that it was a fun event.

Watt stated, “I think that the ‘Kiss On The K’ event is really great for couples,  in being able to come here and see how magical of a place Kent is to not just us but everybody here.”

But no kiss garnered more attention than the one shared between Phyllis and Dan Fedorchak.

When the married couple of more than 60 years shared a kiss, almost all in attendance broke out into applause.

Their story began in a Kent State Science class, and took off when the two embarked on a trip to New York City when at the time, was offered by the Kent State Speech Department.

Dan stated that they both received “hotel, train fare, tickets to a Broadway play, and a bunch of other things, and it cost us I think $48 dollars a piece.”

This years Kiss On The K event was a subtle reminder that love is real, and it can happen when you least expect it.