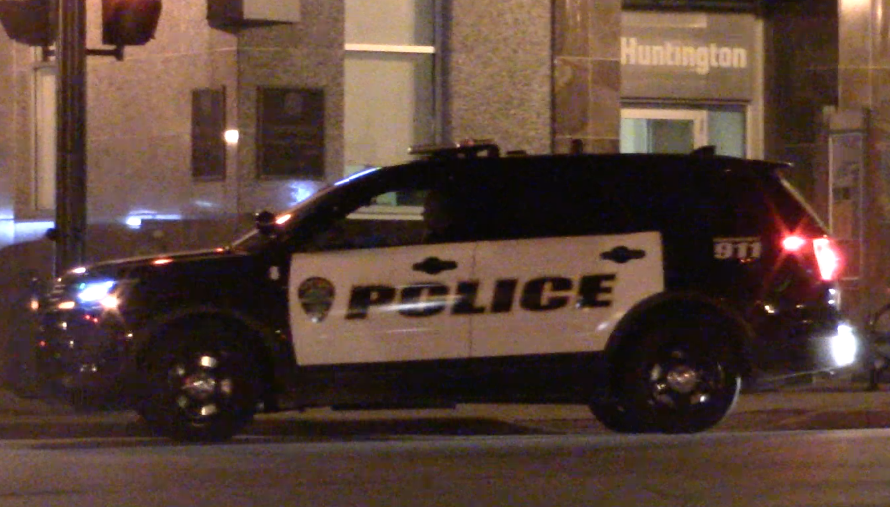 When most people thought their Saturday night would end like any other, they were wrong.As the bars began to close, a fight broke out in front of Water Street Tavern located on South Water Street in the city of Kent. The fight broke out on the sidewalk which then travelled into the rode. When the fight made its way to the street, Officer Michael Smith who was patrolling at the time, saw the fight and quickly stopped his cruiser at the scene.

Officer Smith entered a fight which was a two on one situation. When he quickly got out of his car, he did not put the car all the way into park, or the cruiser slipped out of gear, resulting in the cruiser continuing to move and going over his legs.

As Officer Smith was trying to break up the fight, many bystanders that were leaving the bars at that time had their devices out and began to film the whole thing. The video was one of the first sources to other news outlets due to its popularity on twitter.

Bystanders weren’t doing anything, not doing enough or nothing at all,” Lieutenant Mike Lewis Kent Police

After speaking with the Lieutenant, he expressed his concern with the lack of help with this situation. This current generation has grown up with technology at their finger tips, and instead of helping that evening the first instinct was to film.

“You can put those phones down, we always encourage people to be a good witness,” said Lieutenant Lewis.

Social media this day in age has a large prevalence in our society and it can either be good or bad.

“Its like a hammer, you can either build a house with it or smash a skull”

“Its like a hammer, you can either build a house with it or smash a skull” Rekha Sharma Associate Professor

Granted, the two spoke about how journalists can change on social media, but it also applies how a regular person would act, and in this case many were more worried about getting it out there on the internet instead of doing the right thing.

This is not the only case where bystanders have stood around just filming. A few years ago, at Ohio University a male was filmed and photographed while performing oral sex on a female. In the article it is stated that they were both under the consumption of alcohol.

But, the videos were still surfaced for everyone to see, and for a bystander in Kent, Brock Rigsby expressed how we are more consumed in getting the footage than helping.

As for the city of Kent, we are left wondering if the bystander who did turn in the footage is up for acquisitions for filming this instead of helping. There are laws such as good Samaritan laws, but it does not apply cause no one stepped in, but according to our Constitution we are allowed to film; we are given that right.

Thus far, no further advancements have been made in this story, and no charges have been pressed.