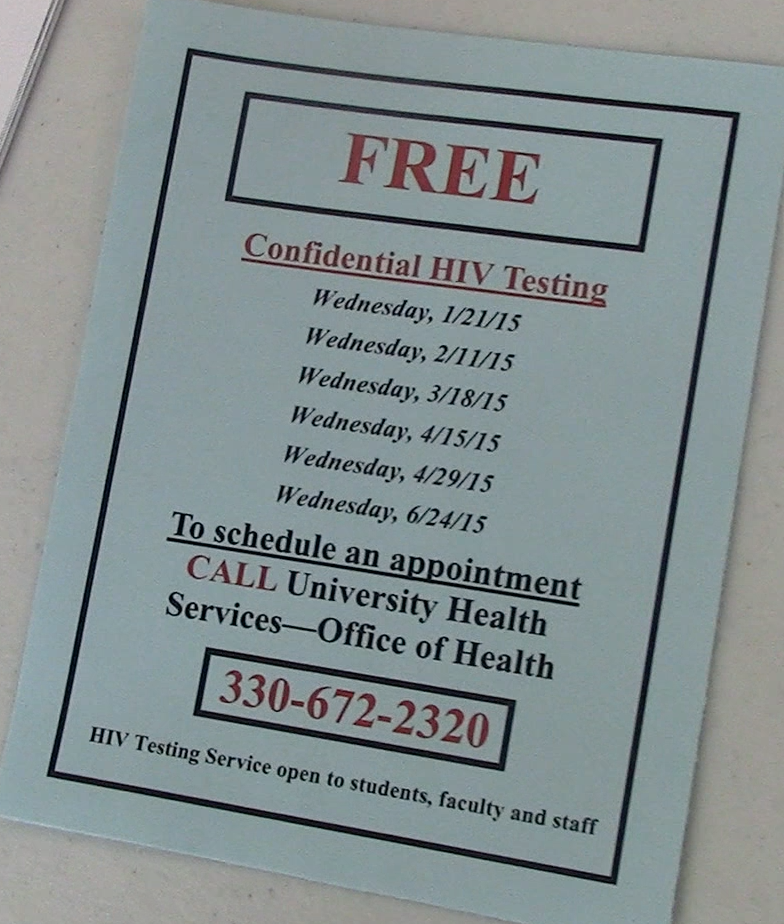 Many Americans are uneducated about a widely spread disease in the United States. Human Immunodeficiency Virus, or HIV is a common disease in America, leaving over a million infected. Nadia Assim has the story.

Rachel Losey: No, I’ve never been tested for HIV.

Reporter: As you just saw, when asked if they have ever been tested for HIV, four out of four Kent State students say they have not.

Reporter: In America 1.2 million people are living with HIV and about 1 in 7 are unaware of their infection.

Interview: They should get checked so I know, and so I can protect myself.

Reporter: Even if you are not sexually active you are still at risk of the HIV infection, and should be aware of how to protect yourself.

Reporter: Gabi Boehn, a student assistant for the Office of Health Promotion talks about how to protect yourself and why it’s important.

Gabi Boehn: So we have a handful of ways that you can avoid it. By using a condom, the right correct way, sometimes people don’t use it the correct way and then you can still get HIV or STI’s. You can limit your partners, so not having sex with multiple people and having mutual monogamy’s so you only have sex with one person and they only have sex with one person. And you keep that relationship very back and forth, so it’s only just you two. And other than that, needle use, if you use clean needles. For the people that use heroin and stuff, it’s really important that you have a clean needle. This is a very important STI to be aware of, a lot of people are scared to get tested, or there’s like that negative stigma for it, and I can understand why. But at the same time it’s really important just to know your status and kinda get rid of that stigma.

Reporter: For TV2 KSU, this is Nadia Assim.