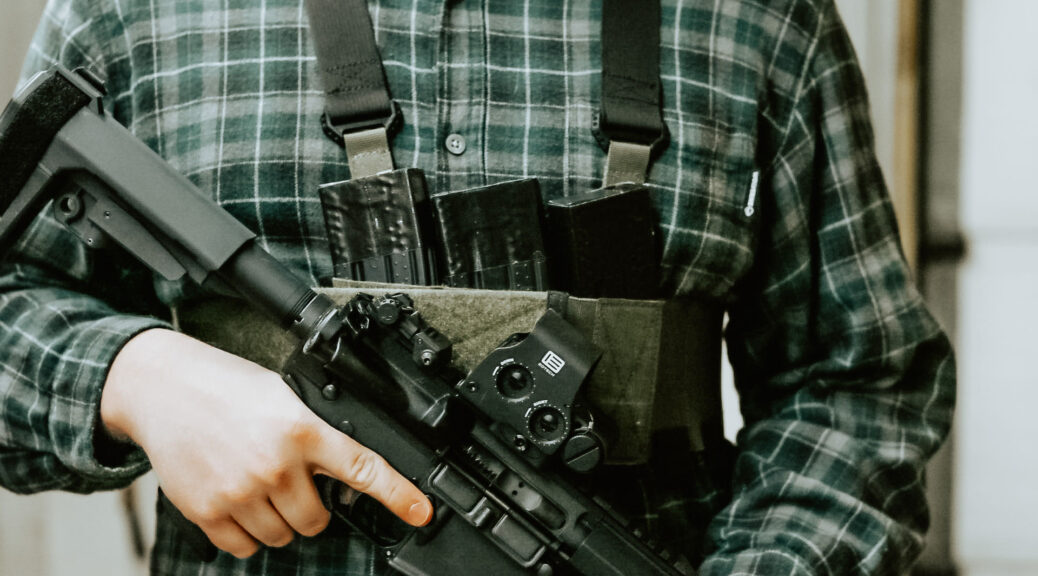 Firearm homicides in the U.S occur nearly 25 times higher than in other countries. Furthermore, suicide by gun occurs nearly 10 times more than in other countries. At the current rate, it’s estimated that 1 out of 100 Ohio children will die by a gun. A staggering and frightening number. The United States averages nearly 110 deaths from a firearm each day. Six out of 10 deaths by firearms are suicide.

In 2020, Ohio had 25 mass shootings and in 2021, there were 33 mass shootings. The trend is only rising and getting worse, according to the Gun Violence Archive. Ohio has now passed House Bill 215 allowing for anyone to lawfully conceal carry a weapon without training or a concealed carry license. Approximately there are 393 million civilian-held firearms in the U.S. – which is around 120 guns per 100 citizens. The most interesting statistic is there are more guns than there are people in the United States.

Gun regulation and restriction is a topic that is very controversial. It rivals the topics of abortion and many other standing points our politicians run their platforms off of.

Domestic Violence and Guns also have a direct correlation. Firearms were the weapon most commonly used by males to commit murder on females. 58% of female domestic violence homicide victims are killed by gun conflict. When an abuser has a gun, a domestic violence victim is five times more likely to be killed. Furthermore, one woman in the U.S is fatally shot by her abuser every 14 hours.

Illegal possession of firearms is the biggest concern to police officers. In fact, most crimes and homicides are committed with illegally possessed firearms.

“There has been a significant increase in illegal gun possession these past few years,” Lewis said. “In 2021 alone we seized 52 firearms that were possessed unlawfully compared previously to 2020 where we only had 21 firearms seized. It was even lower than that in previous years. We are now seeing an alarming increase in illegally possessed firearms.”

With the new Ohio House Bill 215, even more people will unlawful possess firearms and put officers and citizens in a more dangerous spot.

“You were given training on how to handle a firearm before,” Lewis said. “More importantly and this is something I really want to focus on, you were trained on how to interact with police when you are in possession of a firearm.”

Before the new concealed carry law that has now been passed, citizens were required to inform law enforcement if they were in possession of a concealed weapon whenever engaging with an officer. Under the new law that will go into effect in June, you no longer have to inform officers unless you are directly asked.

“Many people that will now be carrying weapons have no training and no idea how to interact with law enforcement while carrying a weapon.” Officer Jordan said.

“Suicide is a rising issue among college students and everyone, strengthening gun restrictions would help lower that number, Mason Ziegenfuss said. “Anything that can lessen gun crime or suicide numbers would be an immense help and step in the right direction.”

Suicide as talked about earlier is a huge concern and is having a constant rise in the college community and among older generations.

“As Ohio policymakers debate firearm safety legislation, it is important that they consider the latest data on the trends between suicide, homicide, and firearms,” HPIO president Amy Rohling McGee said in a news release.

Research shows that access to a gun in the home increases the risk of suicide death by a staggering 300%. Nearly 90% of those who attempt suicide with a firearm will not survive. Studies show that storing firearms locked and unloaded can be an effective measure to reduce suicidal attempts.

Researchers with the American Journal for Public Health found states with concealed carry laws like Ohio’s were associated with an 11% increase in handgun homicide rates than those without. The National Bureau of Economic Researchers found states experienced about a 14% higher rate of violent crime after adopting a new concealed carry permitting system similar to Ohio’s current one.

Whether you are pro-second amendment or not, everyone can all agree that the current numbers and data are very disturbing and only are increasing. Furthermore, they can be expected to increase in Ohio with now fewer restrictions on guns, and possession of them according to the data shown.

“At the end of the day we all want to feel safe,” Fetchik said. “There’s nothing safer than allowing law-abiding citizens to own firearms to protect themselves and their families. People will continue to acquire guns and commit crimes un-lawfully, it’s up to our law enforcement and ourselves to protect our families and rights.”