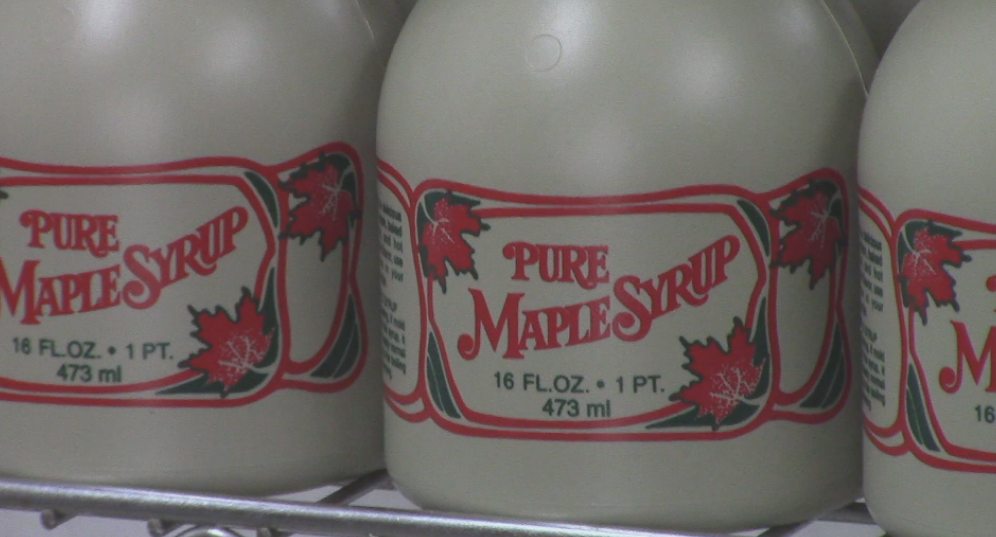 Widely associated with the state of Vermont and Canada, maple syrup holds a rich tradition in Ohio. Producers feel that funding is limiting their practice. Tyler Trill has more.

When one thinks maple syrup, Ohio probably does not come to mind.

The state has a bigger tradition of maple syrup then it may lead on. Currently, the Ohio House is debating whether March should be called “Maple Syrup Products Month” in the state.

Bissell said, “Because we want to say ‘Hey, come to our sugar house, they’re in your backyard, and buy local. Why don’t you buy from an Ohio farmer?'”

The United State Department of Agriculture ranked Ohio sixth in the United States in maple syrup production in 2014. The USDA said Ohio produced 385,000 gallons of syrup within the last three years, generating about  $5 million dollars per year.

“That is the struggle with maple syrup, we can’t get government help.”

Cash Farm is located in Atwater. Owner Jason Cash said he wishes he could make full time maple syrup production his career, but he does not have the right resources.

” I have dreams all the time of only making maple syrup, but it is an expensive proposition, and you have to have the right amount of trees.”

Cash’s farm is home to 250 usable maple trees. He said in order to create more syrup, he would have to buy sap from other local farmers.

Also, Cash is only able to store 550 gallons of sap. With more help from government funding, Cash said he would be able to grow.

“And that’s one of the reasons why if we could get a small business grant or some kind of financing or mortgage, additional resources through a bill or agricultural assistance, that would really help a small producer like me expand my operation.”