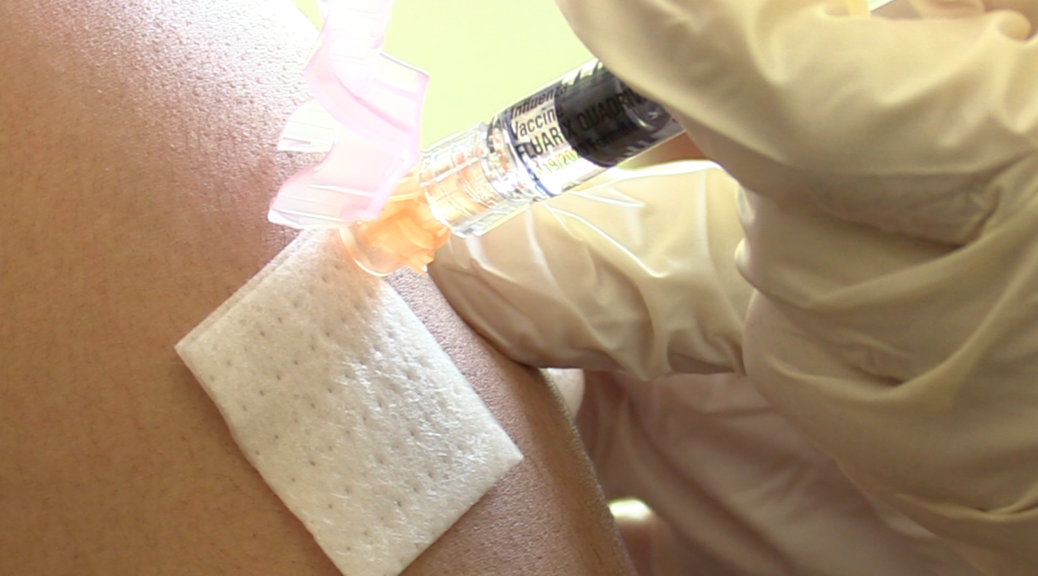 Influenza, commonly known as the flu, is one of the country’s most common illness. Since 2016, the number of cases of the flu has increases steadily.

In 2018, the CDC reported less than half of Americans get their flu shots. Around 48 million Americans had the flu last year and numbers are expected to rise this year.

“You’re most contagious if you have the flu probably within the first 3 to 4 days. If you’re coughing and sneezing you’re probably still contagious to other people,” said Dr. Lisa Dannemiller, Interim Chief University Physician of Kent State Health Services.

“You want to be covering your mouth when you sneeze, washing your hands frequently- those are the best ways of preventing it spread to other people,” Dannemiller said.

Health officials all agreed the best way to prevent influenza is the flu shot or nasal spray. The CDC says this year’s shot is more effective than last years. The effectiveness varies depending on what strands are used.

“It does fluctuate depending on year to year. And again, how effective are the flu vaccine against the strains predicted would be causing the flu.”

According to the CDC, the influenza vaccine of 2018 was not even 40% effective.

Some Americans chose to not vaccinate themselves or their children due to possibly reflecting medical concerns.

“People askew vaccines for a number of reasons. A lot of it is due to misinformation or due to fear,” said Epidemiologist and Public Health Professor, Dr. Tara Smith.

Another major rumor that circulates around the vaccination is the fear of autism developing.

“Make sure that you’re basing your opinion and your reasons for not vaccinating on facts,” D’Abreau said.

“A lot of it is due to misinformation or due to fear,” Smith added.

Smith says anaphylaxis to the vaccine occurs in 1 in 1 million patients.

“The side effects associated with getting a vaccination is, you can get a little bit achy muscle aches and you can get a low-grade fever,” Dannemiller said. “It is not a live vaccine so you do not get flu from the vaccine.”

While the flu shot is the most effective way to prevent influenza, health professionals say sanitization to your surrounding can also whisk away surrounding germs.

“You want to be covering your mouth when you sneeze, washing your hands frequently,” said Dannemiller. “Those are the best ways of preventing it spread to other people.”

For more information on preventing influenza, visit the CDC’s website.