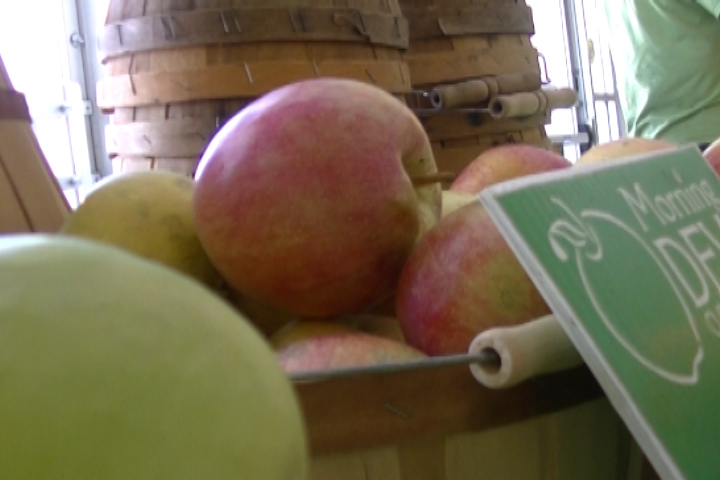 Due to the Harsh winter the local farmers market is lacking produce.

The Haymaker Indoor Farmers’ Market is held every Saturday from 10 A.M to 1 P.M. Many Kent State students attend the market in the summertime but many fail to realize the benefits of attending the winter market. The winter season has healthier vegetable options than the stores offer. The downfall would be that at times, when local weather is harsh, it would affect the local produce.

This past winter had the coldest temperatures Kent has had in decades and this means fresh local produce is sparse. Local Farmers,  Phil and Mindy Bartholomew, have shared their concern for this seasons produce.

“Sales are down but we’re hanging in there….is hard,” Said Phil Bartholomew.

Phil and Mindy Bartholomew are year-round produce farmers which means they typically can get a large amount of produce in the winter from their heated indoor garden. This season the ground was too cold to grow anything despite the solar-insolated walls of the garden. The plants froze and now the famers market started to lack it’s usual supply of produce. Now that temperatures have been getting higher there are more and more vegetables starting to arrive.

Although there was a lack of produce the Farmers Market is still a very popular place among locals.

Rafael Rodriguez is just one of the many farmers who has been attending the farmers market for over ten years. Although he sells bread at the market, the real reason he comes is for the sense of community that the Haymakers farmers market brings.

“The people you see here, they come everyday. This is the best market I ever been,” Said Rafael Rodriguez.

The Farmer Market is an outlet for local farmers to sell their produce but mostly it’s for them to connect to the community.
Comments are closed.