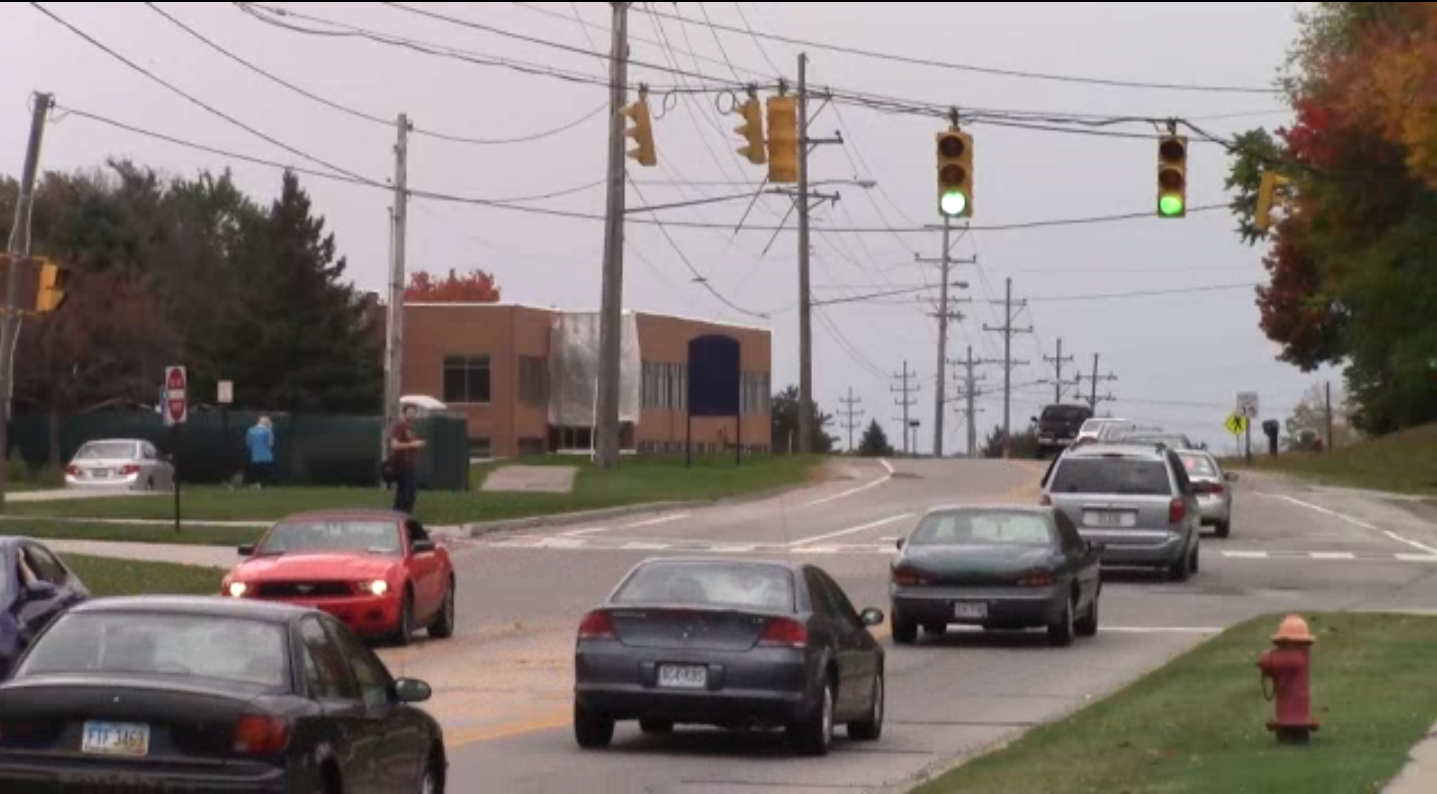 Summit Street is one of the most congested roadways in Portage county. The flow of traffic is a constant problem on a day to day basis. As the road’s level of service is terrible, the city has found a way to renovate the road to help the flow of traffic. Zach Downes reports.

Summit Street in Kent, Ohio sees a lot of heavy traffic on a normal day.

The road is up for reconstruction and will be seeing much needed renovations in May of 2015. The designs for this project, known as the Summit Street Traffic Coordination Project started in August of 2009.

“Summit Street is one of the most congested roadways in the Portage and Summit county area,” City of Kent Jim Bowling said. “The project is meant to reduce the amount of traffic and accidents along the road.”

The Akron Metropolitan Transportation Study has rated the road with a Level of Service of E. Roads are rated on a scale of A to F, with F being the worst.

The project will also include limiting access from other side roads and limit pedestrian interaction. The roadway can be a major hazard for pedestrians walking to and from the campus.

Bowling said that there will be sidewalks added to the portions of Summit Street so pedestrians will no longer have to walk on the side of the street.

Officer James Prusha has worked for the Kent City Police Department for 18 years and has reported to many accidents.

Prusha said that there have been 58 car accidents on Summit Street this year alone. Of the accidents on record, the majority of them have involved students getting hit by cars.

Just last spring, Senior Kristen O’Brien was hit by an on-coming car while crossing the street to attend class in the Business Administration Building.

Sophomore Brenna Kennelly, a resident of the Alpha Phi house, must cross Summit Street from Fraternity Circle every day to make it to class every day.

“I have come close to being hit many times,” Kennelly said. “But, I obviously have not been hit by a car.”

Without sidewalks and heavy traffic, walking down Summit Street can be considered hazardous for pedestrians and people who are driving down the road.

With the constant expansion of campus, the Summit Street Traffic Signal Coordination project will be very helpful for people who drive and walk along the busy street.