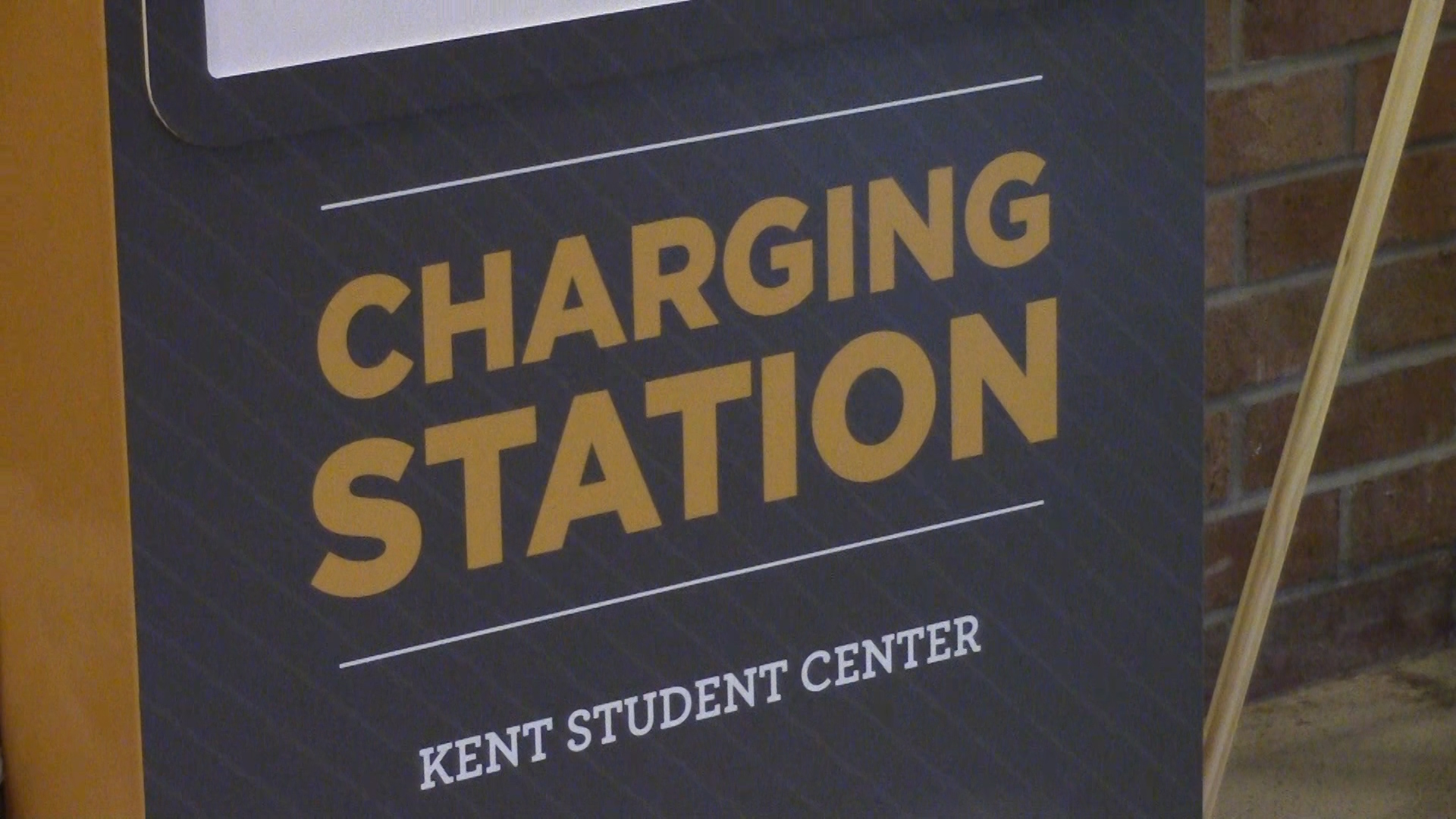 Almost every student on Kent State’s campus has a cell phone, but not everyone has a place to charge it until now. Kent State University’s Center for Student Involvement recently added four new charging stations to the Students Center. [bbrvideo width=”350″ float=”left” caption=”Four new charging stations have been added to the Kent Student Center”]BBR_03_Klein_ChargingStation[/bbrvideo]

Today almost every student at Kent State has a cell phone, but with so many student and phones there’s not always enough outlets for chargers. Now, that no longer an issue as Kent State’s Center for Student Involvement recently purchased four new charging throughout the Student Center.

Kristan Dolan for the Center for Student Involvement said, “Instead of having students scrambling to find plugs and source for power, we figured lets install these charging stations and make an improvement to the build itself.”

“Instead of having students scrambling to find plugs and source for power, we figured lets install these charging stations and make an improvement to the build itself.”

The charging stations are just one of many improvements to the Student Center as the university continues to grow and improve. So far the stations have had great success with students, workers, and visitors of Kent State University.

“They come in handy a lot for times when you don’t have your charger on you,” said Caitlin Smith

The stations are located on all four floors of the Student Center and are completely free to anyone. Each box requires a four-digit code and come equipped with a charger for iPhone’s 4 and 5 as well as Android chargers.