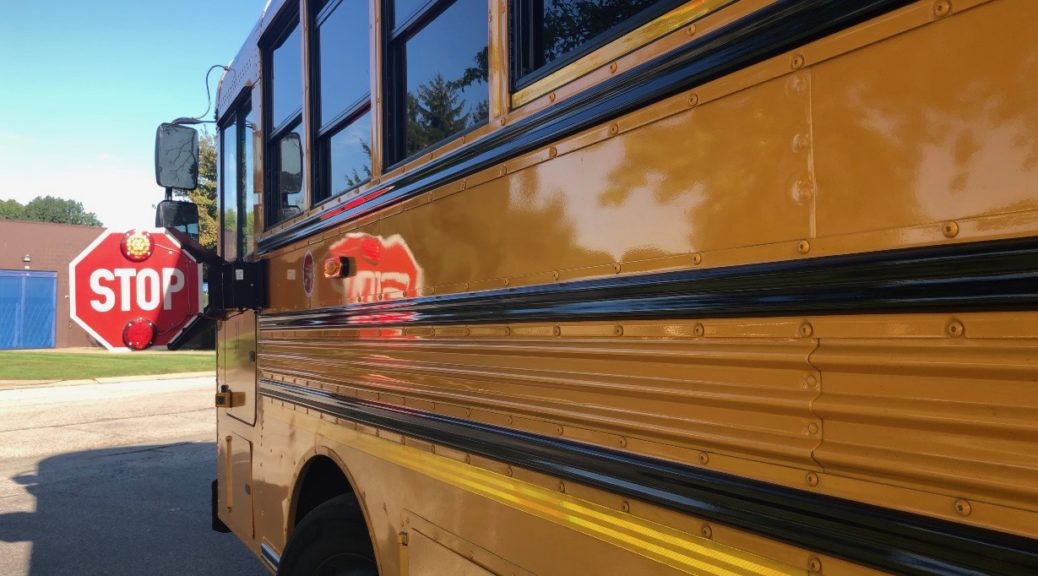 “It’s a huge issue. The issue is we got cars going through our reds when we stop to pick up or disembark students,” said Transportation Supervisor for Kent City Schools, Rick Lewis.

“It’s almost every day one goes through the bus stop sign and they just put on the horn and they keep going,”. Mike Rhodes lives on a busy two-lane road in Kent where his three children get on and off the bus every day.

“My biggest fear is one of the kids getting hit by a car” Rhodes said.

On a two-lane road, drivers coming from either direction must stop when a school bus has its reds on. “On a four-lane highway, the traffic that’s moving in the same direction as the bus, must stop. People going in the other direction can proceed,” Lewis said.

Traffic approaching a school bus from either direction on a two-lane road must stop at least 10 feet from the bus.

In 20-18, five children died while trying to get on or off their bus.

No student has gotten hit in Kent but City of Kent bus driver, Debi Redman said there have been close calls. “When I pull up to the bus stop, I pull my brake, I put it in neutral, I open my door, I put my hand out and I check my mirrors to make sure it’s safe. When I see that it’s safe, I drop my hand, and the children look to the left and to the right and they make sure that they’re safe and they get on the bus”.

However, Redman says you can’t rely on drivers to pay attention so she teaches bus safety classes to students. “When you get off the bus I tell you to go down at the bottom of the steps, look both ways and make sure it’s safe. Then when it is I’d like you to walk out 10 giant steps in front of the door and stop where I can see you and you can see my hand in the window,” Redman said.

Passing a stopped school bus with its red lights flashing is called a, ‘stop-arm violation’. In the state of Ohio, illegally passing a stopped school bus can result in a 500-dollar fine and a one year license suspension. “I don’t want to have to explain or you to have to explain to anybody’s mom that oops I was impatient and I ran over a child,” Redman said.

Redman’s bus and every bus has cameras that are made to catch cars who violate the law. Once Lewis reviews the footage, it’s then sent to The Ohio Department of Transportation who can look up car registrations and send out fines.

New legislation, proposed at the Ohio Statehouse could double the 500-dollar fine for those who fail to stop for a school bus.