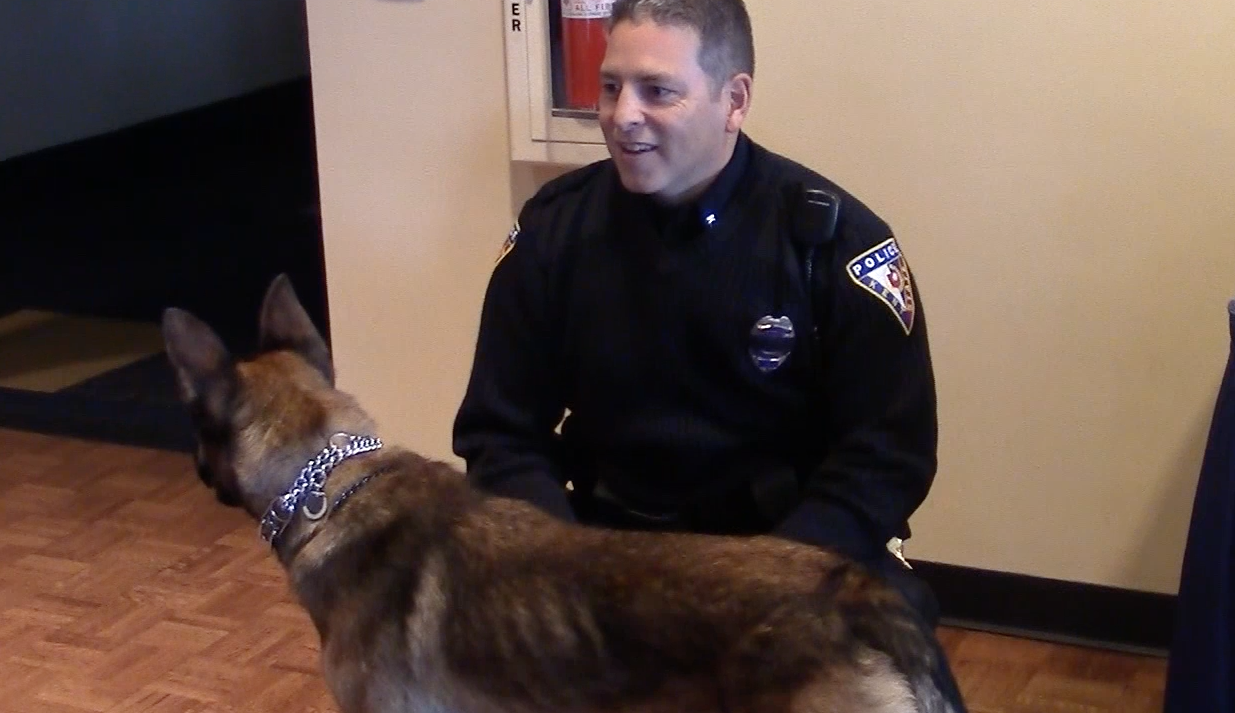 The Ohio Department of Safety funded five universities around the state a bomb detecting canine. One of those colleges was Kent State. Reporter Tyler Trill has more on the likelihood of the dog being called to action.

Dexter, a male Belgian Malinois, is a bomb detecting canine. Dexter will join Coco on the KSUPD squad. He is the third bomb detecting dog in Portage County.

“The number of threats that we’ve had are very low,” Kent State Chief of Police John Peach said.  “But let me add this, the threats in the area have been increasing. Fortunately they have not turned out to be actual threats or explosions.”

The Department of Safety is attempting to create a network of bomb detection dog throughout the state.

“College campuses,” Terry said, “obviously there are a lot of students, and any organization that is looking for any type of publicity would obviously look at an area that they could create a lot of media attention.”

Both Terry and Peach said there has not been a bomb threat or suspicious activity on campus yet.

But now with two police canines on campus, KSUPD is even more prepared.

Ohio Homeland Security cover the expense of dog via fedeal grants and budget fund. These grants cover the training, veterinarian bills and other equipment necessary for the program’s success. Each canine costs $12,767.