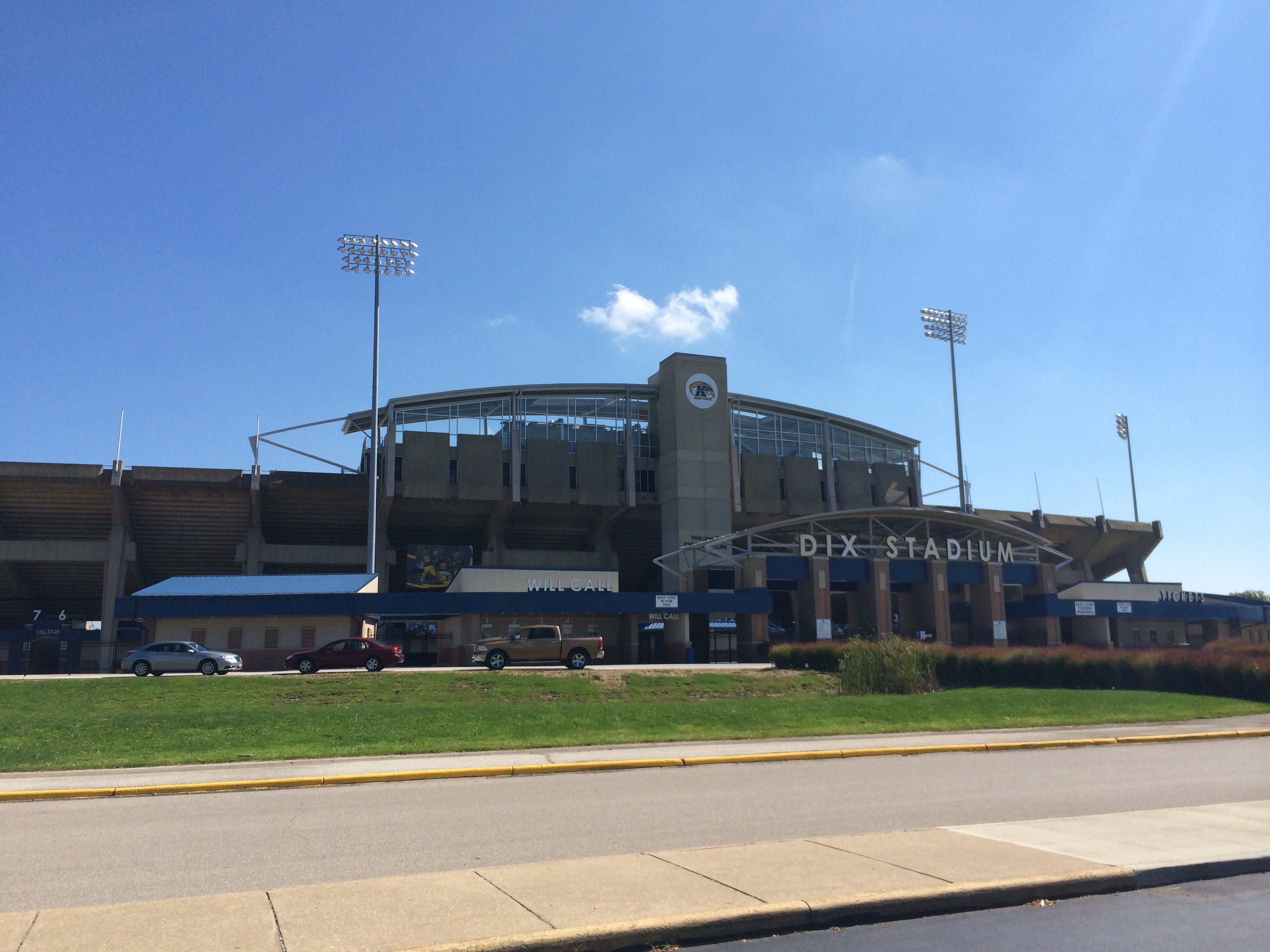 Kent State Athletics Director of Marketing, Heather Cook, is responsible for promoting a lot of different sports. For her, putting butts in the stands is the name of the game.

However, this fall it is critical Heather packs as many fans possible into Dix Stadium.

“Competing for me is what we strive for and that added pressure is almost like a competition. You know you’re trying to get those 15,000 people so thats kind of the sense my staff has taken is, its just another competition. We work in college athletics and they compete everyday, this our job and this is how we compete.”

Every other year, each NCAA FBS team must average 15,000 paid tickets per home game. If they don’t, the Flashes could lose their Football Bowl Subdivision Status.

Through two home games, the Flashes have averaged a little over 19,000 in paid attendance, coming in above their requirements.

The biggest difference between FBS and FCS football is the television exposure and revenue.

On Saturdays, FBS football floods television all day long. While FCS football is limited to a handful of games, that are mainly broadcast on ESPN 3.

The athletic department has planned promotions like Kent City Schools day, post-game movie night and a chili cook-off, in hopes to keep attendance up for the final four home games.

While no team has had their FBS status removed, not reaching the goal is still a black-eye for athletics.

As for now, the Flashes FBS status is safe.