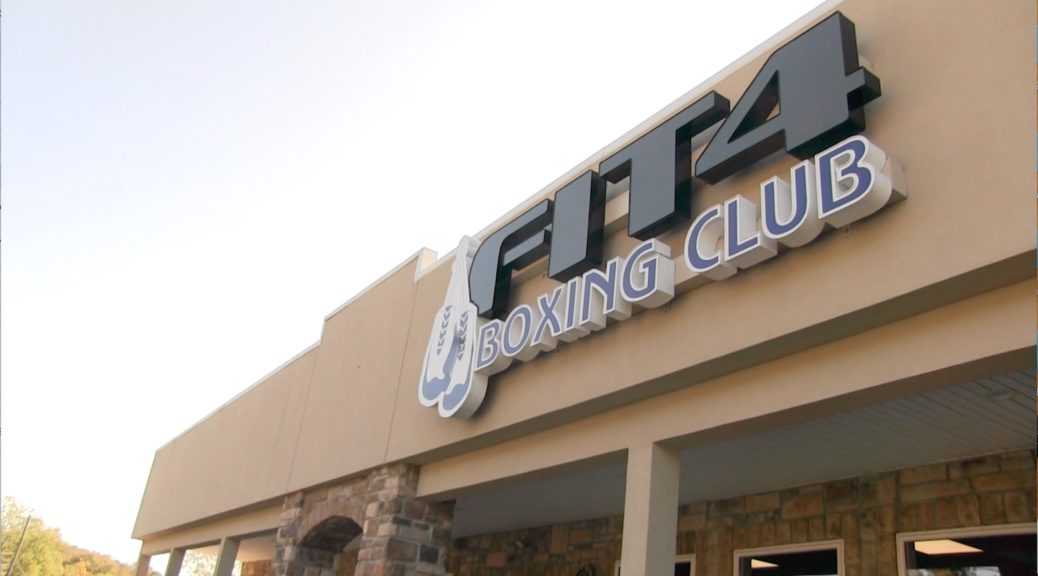 Boxing is a competitive combat professional sport but It’s also used in fitness classes for working out.

“I’m very lucky to have a job every day that I love and to me it’s not like work because it’s something that I’m truly passionate about,” said President of Fit 4 Boxing Club, Brett Burkhart.

Brett is the president of the club’s second location located in Murrysville Pennsylvania, just 20 minutes outside of downtown Pittsburgh. At Fit 4 Boxing Club, Brett and the other trainers teach hour long fitness boxing classes, but they also have a class geared towards those with Parkinson’s disease called, ‘Rock Steady Boxing’.

Brett started the class after seeing a dramatic change in his friend who he boxed with. “For years and years Mike improved to the point that you wouldn’t even know that Mike Bell had Parkinson’s,” Brett said.

The boxing helped Mike so Brett looked into how boxing could help others with Parkinson’s disease and found that multiple studies have proven that boxing does help.

Brett calls those in the class; fighters so when a fighter comes, the first thing they learn is how to stand. “So just little things like how to stand and how to move will help and in the first couple of weeks they start to exercise. A lot of these folks haven’t done anything in a long time so they start to get that range of motion back and they start to get that stability back and they build friendships here and the rest of the people in the class really impact their lives”.

The class starts with each fighter in a circle and they sit and talk about how they’re doing, and if they’ve made progress or not. Brett says one of the common things Parkinson’s patients do is hide from society so the circle aspect of the class is very important. “You feel upset and you feel depressed and you are embarrassed, and the more you do that, the more you sit around and if you live a sedentary lifestyle then Parkinson’s will get the best of you,” Brett said.

Fighter Karen Connors enjoys coming to class and said she likes the group circle part. “They’re extremely encouraging here, being with others who have similar conditions is great support and I just feel better.”

And the boxing lessons taught in the class are meant to help them in their everyday lives. “So by standing in your boxing stance at the kitchen sink, you’re alleviating your chance of losing your balance and falling and hopefully when the phone rings, or the door bell rings you’re able to use something like a pivot like we might’ve learned in class to change angles and break the freeze,” Brett said.

Brett says these fighters will see a change in just a few weeks by going to the classes. “When I first came I could hardly stand, my balance has improved, my stamina has improved, overall I feel much better,” said fighter Rob Bender.

Rob has had the disease for 12 years and gives credit to the Fit 4 Boxing class and Brett for helping him improve. “He’s good. He’s really good. He pushes you and that’s what we need,” Rob said.

Brett says he is fortunate enough to be able to teach this class and loves what he does. “So for me to be able to come in here and see people smile that I know maybe haven’t smiled in weeks or months or years, is really rewarding and it fills my heart and just makes me feel good about myself, and about our business and about these people and about our group.”

Those interested in learning more about the classes can visit https://fit4boxingclub.com/. They have locations in Murrysville, Pennsylvania and one in Allison Park, Pennsylvania.