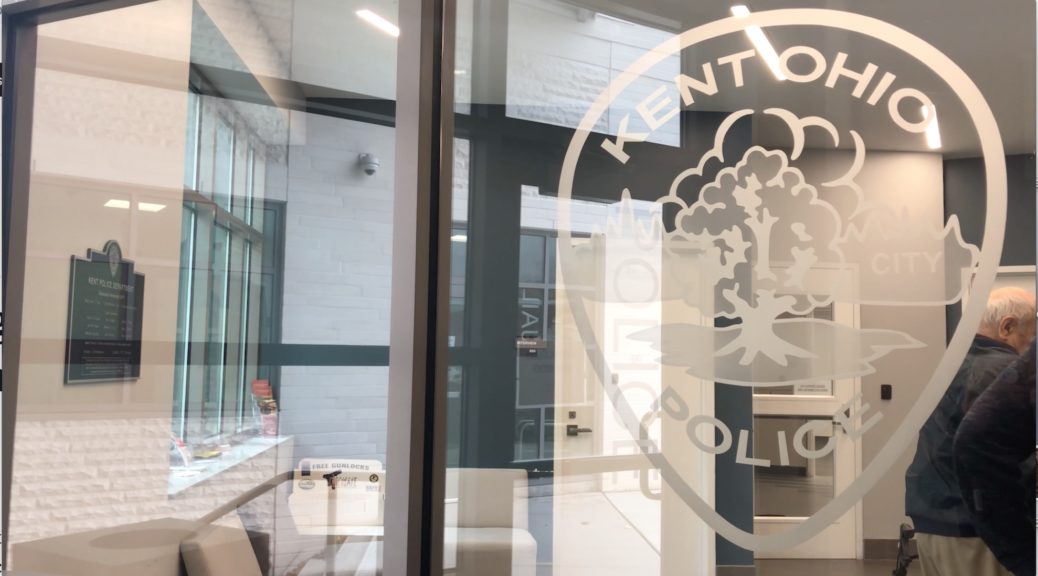 In the past few months in Kent, Ohio there have been multiple incidents that have caused safety concerns for the students and residents that live here. In one incident, a man was stalking sorority houses in Kent and standing outside their windows. Another incident happened on Kent State’s campus where a man pulled a female student’s pants down and then ran away.

As a student who lives in Kent, Ohio and goes to Kent State University, I was concerned about my own safety when I heard of these incidents. I decided it’d be a good idea to learn how I can protect myself and at the same time, teach others too.

Once I received those results, I decided safety is very important to those who voted so I put together a 3 part, informative safety series.

In my 3 part series titled, ‘Am I Safe?’: A series focusing on safety tips and awareness, I have tips on how one can be safe in the bars, ride-sharing services and when walking alone.

In part 1, I focused on the safety of bars and how one can be safe when drinking. I went to Ray’s Place in Kent to find out how they keep their customers safe in a busy college town bar.

The owner and manager of Ray’s Place in Kent, Charlie Thomas said he’s been doing this for over 30 years. “We’ve been taking this serious for a long time, the liquor laws are pretty specific, you have to be 21 to legally have a drink and we adhere to that,” Thomas said.

“I’ve taken drinks away from people, gave their money back and said you’re done,” Thomas said.

It’s not just the underage drinking that Thomas is trying to avoid. He’s also trying to prevent drink spiking and date rape drugs from ever coming into his bar. “In our office we actually had a picture of 2 people who were suspects of doing that so not only were they suspects but we put it out the picture that we didn’t want those 2 individuals in here,” Thomas said.

A study conducted by alcohol.org surveyed over 900 people. 52% of those said that they first experienced having their drink spiked or tampered with in college.

To prevent that from happening at Ray’s Place, Thomas trains his bartenders to watch out for signs of drink tampering. “Sometimes you just got to read who is hanging out with the drunkest person at the bar and if that person is not being nice or if one of them seems way more drunk than the other for no reason,” bartender Domenic Morris said.

According to RAINN (Rape, Abuse, and Incest Network), when it comes to drug facilitated sexual assault, alcohol is the number 1 used substance for abuser. They say it’s because when a date rape drug is placed in a drink, it’s almost unnoticeable.

Morris said he’s seen customers put a hand over their drink or a napkin when they’re not drinking it. Morris also said to never leave a drink unattended at the bar or a table. “Keep it with you at all times. Don’t leave it at the bar when you go to the bathroom, don’t let somebody you don’t know, look at it,” said Morris.

Charlie Thomas said he’s also concerned with what happens when customers leave his bar. “Well if we see somebody that’s intoxicated and they’re going down the steps or going out, then we say hey, are you driving, whats going on here,” said Thomas.

Thomas said he’s had managers drive people home before but he appreciates the new ride-sharing services that have gained popularity in recent years.

“I feel safe sometimes, it depends on how intoxicated I am I know it’s kind of judgemental but what the person looks like and their star rating and like why is their rating a 4.8 and not a 5.0 so sometimes yes but a lot of the times no especially when I’m alone…I’m like oh my gosh am I going to be kidnapped, are these child locked, I think of way too many things that are making me nervous,” said Kent State student Paige Hlad.

Recently, ride-sharing services like Uber and Lyft have added more safety measures because of recent tragic events. In March of this year, a University of South Carolina student was murdered when she mistakenly got in a car that she thought was her Uber.

According to Alarms.org, they surveyed 500 women last year and found that more women felt unsafe in Ubers than in Lyfts.

There’s no denying that Uber and Lyft are very popular ride sharing services. Lyft is only available in the United States and Canada whereas Uber is available in several cities including those in the United States, Canada, Africa, Asia, New Zealand and others. According to Investopedia, they say that there are key differences between both companies, but both prioritize safety.

Due to the studies I found and the one I conducted, I decided to investigate how one can be safe in an Uber or Lyft.

“I really enjoy driving and helping people out,” said Matt a driver for Uber. Matt didn’t want to disclose his last name but wanted to share with me how he thinks Uber is a safe service to use.

“I have an icon on my app that would literally just touching 2 icons would automatically call 911 for me,” said Matt.

Matt tells me he’s never felt unsafe when driving for Uber but understands that safety is a big concern for the riders.

“A lot of people will check the license plate number of the car and as their opening the door they’ll either ask me my name or say my name and then I verify I’m picking up the correct person,” said Matt.

In addition to getting the driver’s name, they also get the car’s license plate number and model. Uber is committed to safety and says that they screen their drivers and their cars before allowing someone to become an Uber driver.

Lyft also has a commitment to safety and does background checks on the drivers as well.

Matt says a new feature of Uber is that they’re tracking their drivers routes from point A to point B. “As long as both the driver and the passenger adhere and follow their safety precautions there should be no issues,” said Matt.

However Kent State student Paige Hlad says she’s not going to leave her safety in the hands of an Uber or Lyft driver. “Checking the license plate, asking the person if they are for you so making sure they say your name, just having something of a protectant…a pepper spray, a knife, a key just having that ready I think is the best thing for you,” Paige said.

City of Kent police officer, Lieutenant Michael Lewis agrees with Paige Hlad and says that everyone should carry some sort of weapon to keep themselves safe.

“If you’re carrying anything with you that says you’re prepared to defend yourself that’s better than nothing,” Lewis said.

The self defense instructor at Kent State, Matt Kane said to carry a weapon but also stressed the importance of knowing self defense skills.

“What is more human than being able to protect you and your loved ones? And essentially that is what self-defense is,” Kane said.

In addition to teaching self-defense moves, Kane also teaches his students what types of people are most likely to be targeted. “Typically criminals, attackers, they look for people that are easy to control, easy to manipulate. That could be people who are perceived as weak. Typically females are targeted, younger or even elderly individuals or anybody that’s even distracted. You could be on your phone, you could be listening to music, and somehow your guard is down and that’s when somebody gets attacked,” said Kane.

Lieutenant Lewis says that a common target is someone who’s distracted and is looking at their phone, with their head down. Lewis says that it’s important to be aware at all times and to, “walk in groups, stick together, make sure somebody knows where you are. If you’re leaving class, leaving the library, leaving work and headed home…be in touch with someone and contact someone when you get to their destination so they know where you’re at,” Lewis said.

“Men maybe have a little more of an ego and think I don’t really need that. I’m a male, I’m tough, I’m not going to be targeted which is a complete fallacy…everybody gets targeted for violence no matter who you are,” Kane said.

“So you gotta carry yourself in a way that would tell a would be attacker that you’re not the one. So always have your head up, be looking around, be aware of what’s going on around you, be cognizant if someone is behind you, if somebody has been following you for several blocks and that doesn’t make sense so be aware of your surroundings and trust your instincts,” Lewis said.