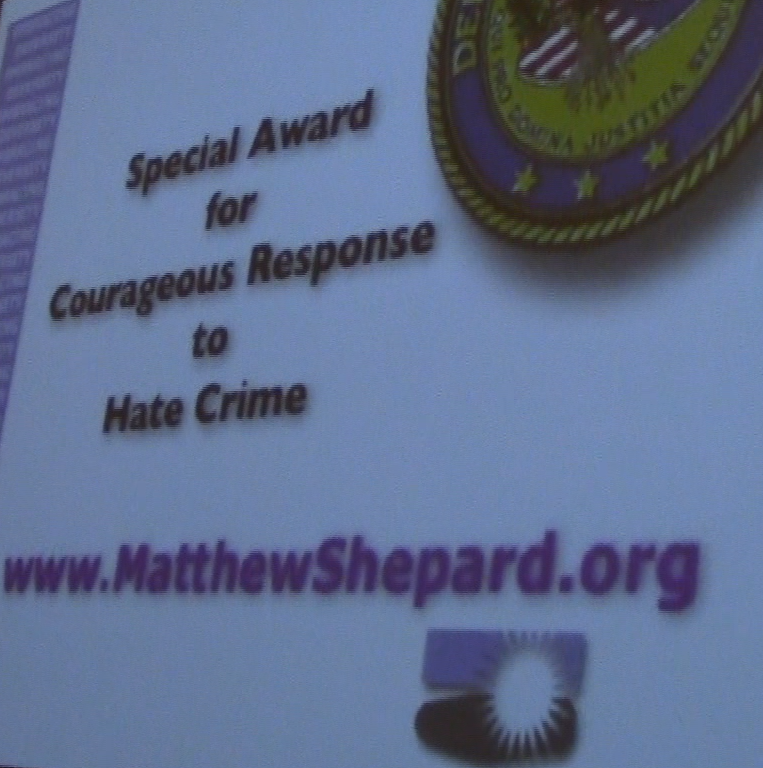 Anchor: Every year there are thousands of people dying from hate crimes. Hate crimes against minorities can create a lot of rallying and protesting, but in one of these cases we see it done a little differently. Reporter Nadia Assim has the story on Judy Shepards journey after her son was murdered in a hate crime.

Judy Shepard, mother of Matthew Shepard, visited Kent State University April 9 to spread awareness about her sons tragic death and the continuous hate crimes that don’t seem to be coming to an end.

In 1998, Matthew Shepard was attending the University of Wyoming, where another man tortured him and left him to die, all because he was gay. Shepards murder brought a lot of attention world wide to hate crimes, and his mother has made it her priority to fight for the rights of gays and other minorities.

Unfortunately Matthews story is not unlike others that we have seen, and that fact seems to scare the gay community. After attending the Shepard speech a few people had some words to share.

Ken Ditlevson, Director of the LGBTQ student center at Kent State says it is very important for him, being gay, to help be the solution to this unfortunate series of events.

Elaine Bowen says “It doesn’t matter what you love or who you love, all that matters is that you do love.”