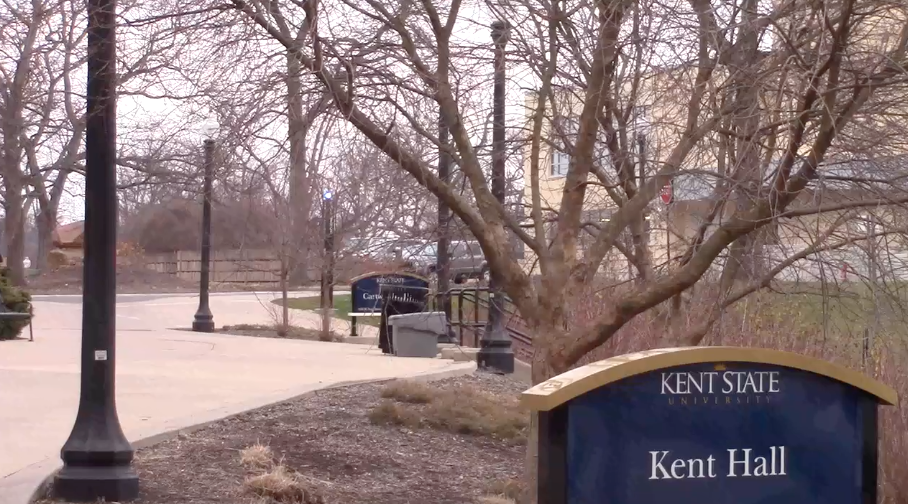 “It becomes very serious when people have thoughts about dying and suicide is a real risk,” -Dr. Drew, Associate Professor

Gloomy grey weather and darker days make the winter season a dangerously sad one for some.

The danger comes from Seasonal Affective Disorder (SAD), which is a seasonal depression that begins and ends around the same time each year.

“It becomes very serious when people have thoughts about dying and suicide is a real risk,” said Dr. Drew, an associate professor in Kent State’s College of Nursing.

To prevent the disorder from getting to the point of suicide, it is best to be able to recognize the symptoms of Seasonal Affective Disorder.

Knowing the symptoms is the easiest way to recognize SAD. People affected by the disorder are usually more irritable, have less energy, sleep more, have changes in appetite and weight gain.

Although SAD is a serious disorder, it is very treatable.

“The doctors can prescribe you medications like Wellbutrin or Prozac or Zoloft, or they can give you talk therapy,” Nursing Major Elizabeth Cika said, “Or you can take melatonin pills. Which they believe the melatonin pills help because they affect the levels in your brain.”

Kent State offers some services for students who might be experiencing Seasonal Affective Disorder.

“Do not write it off because it can develop and get worse.” -Elizabeth Cika, Nursing Major

“It helps to just talk to someone who knows what you’re going through somewhat and it’s just good to have people around you.” Said Kent State student Nick Letdara, who is experiencing SAD.

The main cause of  is a lack of sunlight, making light therapy a very effective treatment. The treatment involves a high-energy lamp that usually uses an Ultraviolet, or ‘UV,’ light bulb.

“The treatment is actually mediated by the eyes.” said Dr. Drew. The eyes take in the light and then transmit signals to the brain. It can help subside symptoms in a matter of a few days to a few weeks.

Students should not be afraid to seek help if they are feeling depressed or more gloomy than usual. It’s better to double-check or talk to a counselor even if it doesn’t seem severe.

“Do not write it off because it can develop and get worse.” Cika said.

Ignoring the symptoms of SAD can lead to serious depression. For most people, seasonal affective disorder fades away at the end of the winter season.

“They’re very bad during one period of the year and then they remit during the, in this case, the spring and summer,” said Dr. Drew, “the thing with seasonal affective disorder is that once spring starts to come and the days are longer, the symptoms start to subside.”