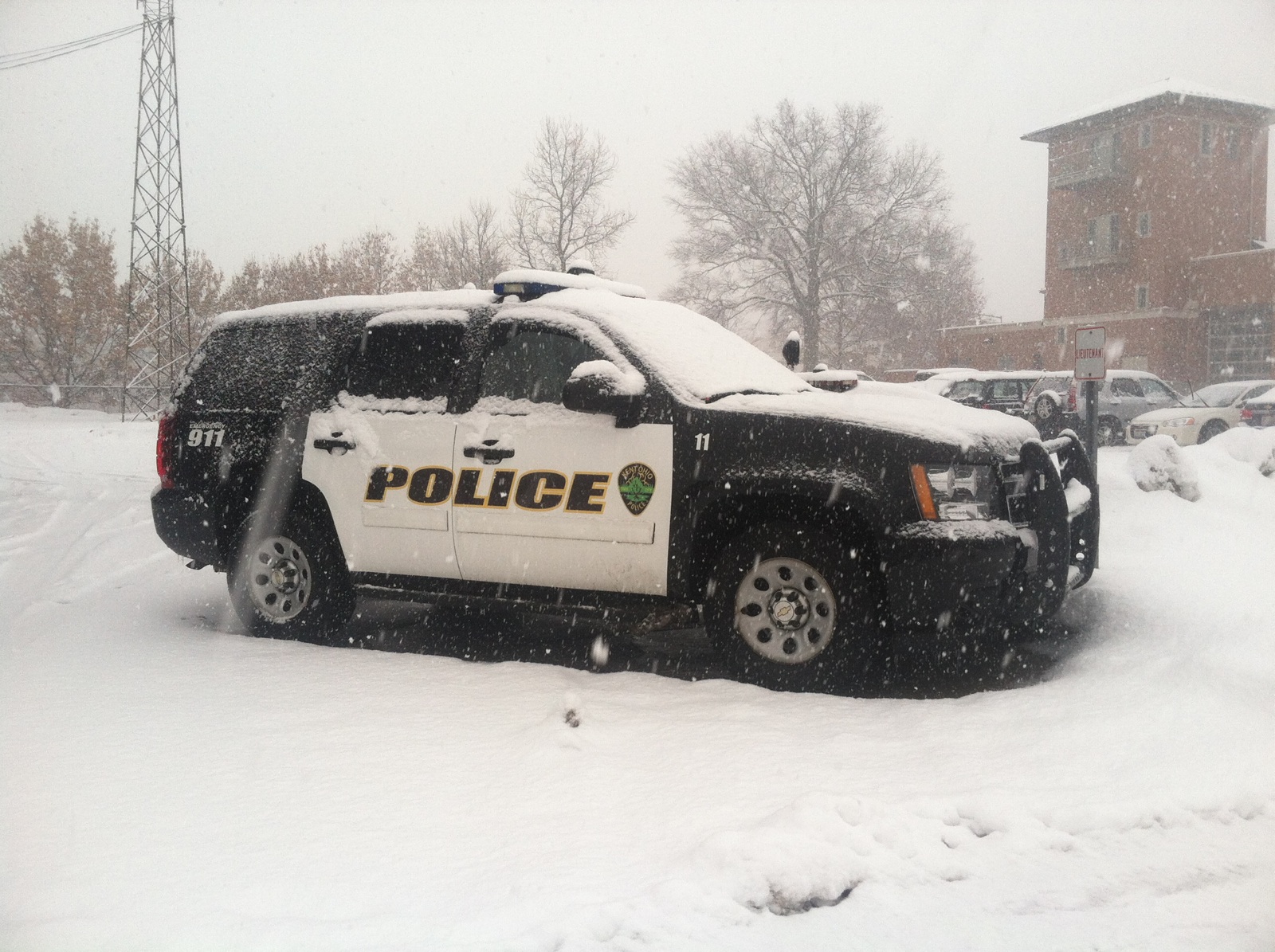 The Kent City Police Station offers never ending insights on what is going on around town and even around the world. From the new targets on police officers to what your rights are at house parties, Lieutenant James Prusha has the scoop.

Lieutenant Prusha was a former Road Supervisor in Kent and worked his way up and earned the title of Lieutenant, so he knows what would make the perfect stories. His knowledge combined with my family history working in the criminal justice department, we came up with an infinite list of potential packages for broadcast.

Our first idea that we really connected on was the opposing sides of the ever-changing perspective on police officers.  We thought it was important to get both sides of that- whether someone dislikes cops or likes them- and get to understand how that opinion formulated. He felt it was significant to get the word out that not all police officers are bad and to break that stereotype.

Dogs always offer a good story, that’s what I heard and Lt. Prusha agreed that he could set me up with the Sergeant who has worked with multiple canines and do a little feature on that.

In Kent, house parties are inevitable. With parties, comes problems so officers are always checking out the scene to make sure it’s legal and safe. I’ve found that students are confused on the rights they have concerning officers to enter their house and under what premises they can go in and investigate,  so I feel that would be a good topic to clear the air on.

We also chatted about tasers and pepper spray regarding police brutality. It would be fun to cover the officer’s and citizen’s opinions on which is worse and do a compare and contrast. It would keep people interested so they can engage themselves and think about their own feelings on the two.

One of the biggest stories going on with Kent Police is that they are building a new Police Station, opposite of the Fire Station. Their current station is very run-down and old, so this is exciting for all of the staff. The city is working on the purchase of homes on the property on the building site and it is the final stages. In addition to the new station, they are  purchasing new police vehicles.

A lot of residents talk about how notorious Kent police are with stopping drivers that go 1 mile over the speed limit and Lt. Prusha confirms that is not true. A former road supervisor is the perfect expert source for this story.

Plenty of students here are studying Criminal Justice, and Lt. Prusha can offer information on the evaluation of new hires because he is in charge of finding background information.

Part of the new rise in police controversy is the disguise on guns and weapons. This story is almost never talked about in the news so this would be a fantastic ‘shadow’ to shed light on, among many other potential criminal justice topics.