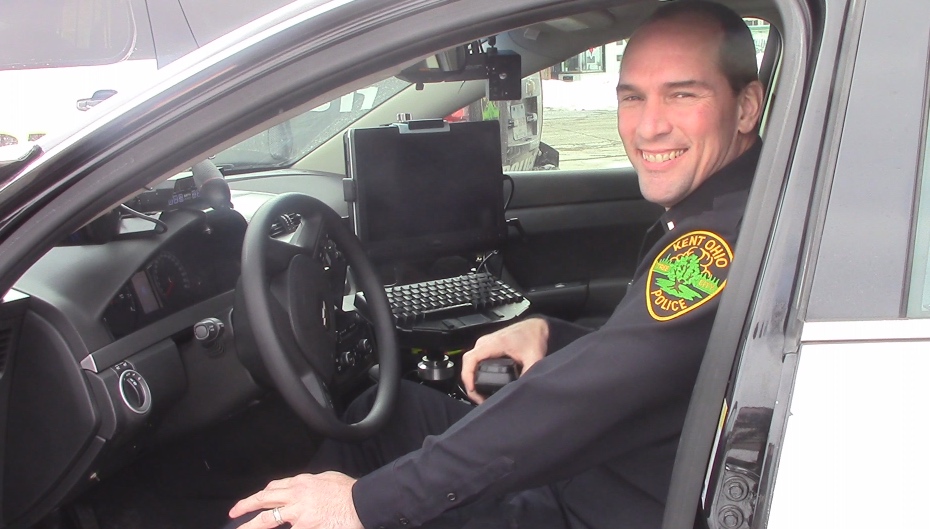 These students were asked what first comes to mind when asked what they think of Kent police. These were their answers.

Since the Michael Brown , Eric Garner and Tamir Rice scandals, the police aren’t looked at in a positive light, as these Kent State students expressed.

Kent State students believe the Kent police department passes judgement on them for their skin color.

Public communication major Devin Bates is a senior preparing for Law School at Kent state University and he feels the Kent police look to stereotype to do their job.

“Honestly, part of their training is racial profiling. Most of the time they’re taught to look for young African-americans. I mean the ones especially who have dreadlocks, or groups of them, or certain cars that are profiled as well. Things that particularly accentuate our culture.”

But Kent police won’t sit back and take the criticism. They’re fighting back! The department is looking to promote a better reputation with the citizens of Kent.

Lieutenant James Prusha feels sad that people actually feel this way and it bothers him. He attributes the negative connotation of police to the one sided nature in the media . Prusha believes that the good in police isn’t  publicized because it’s not exciting. It ultimately resonates with the citizens poorly and results in a lack of understanding.

Lieutenant Prusha said that if a cop isn’t a genuine and truthful person on the job, they are fired. Racial profiling doesn’t exist in his profession and to believe all cops are pigs is playing into just another label.

“My experience in the Kent Police Department was the people who end up in our jail, are the people who commit crimes. I don’t care what race or gender they are. So when someone says we’re prejudiced, if they say we’re motivated by certain things, I would say: Have you psychoanalyzed me?”

Prusha hopes that one day people will speak up when a police officer helps them, and the people of Kent will be quicker to praise than to punish.