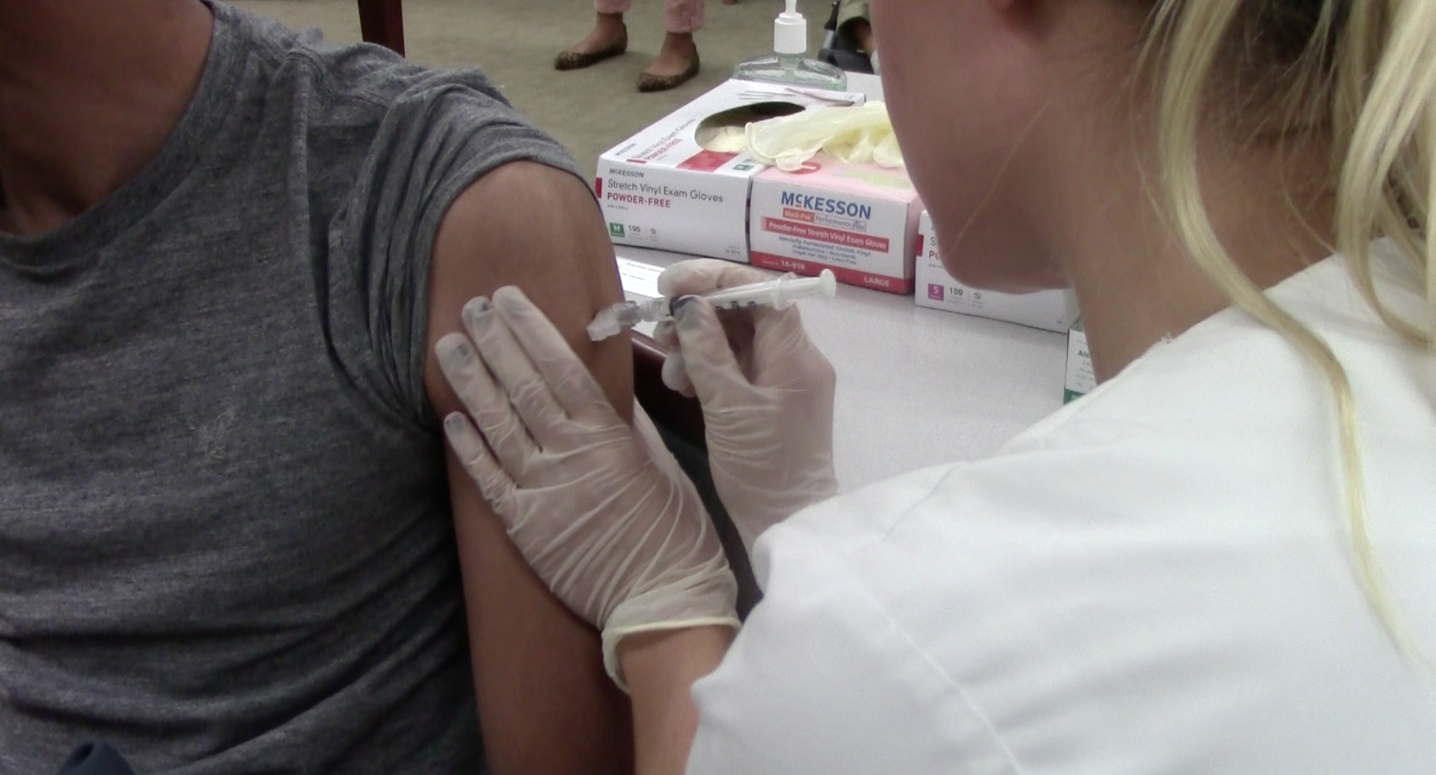 Ebola was the center of attention the past two weeks at Kent State. But, there is a more common virus that poses a threat to students. TV2’s Paige Katrinchak reports, a familiar germ is starting its season.

“Here in the United States, anywhere between 30,000 and 40,000 people per year will die from the flu itself,” professor Christopher Woolverton said.

Woolverton teaches the Honors Prevention and Control of Diseases class that held the flu clinic on October 28. Woolverton said getting vaccinated helps protect those with weaker immune systems.

“It’s very highly contagious,” Woolverton said. “So we want to be able to protect the very young and the very old by having everyone else vaccinated.”

According to the World Health Organization one in five people will be infected with the influenza virus, making it more of a threat than Ebola.

Dr. Angela DeJulius, Director of the DeWeese Health Center, said she has already attended to students with the flu this year. DeJulius said protecting yourself against the virus is the best way to protect the community. And as a whole, Kent should be more worried about the flu than Ebola.

DeJulius hopes that in light of the Ebola scare, more people around the country will get vaccinated for the flu. Woolverton and DeJulius both said protecting yourself from the flu is as easy as getting one shot.

According to the Centers of Disease Control, flu season is at its peak in the winter. But, it usually starts in October and goes through February.

Even though the flu clinic at Kent State may be over, flu vaccinations are offered at doctors’ offices as well as places like Rite Aid.