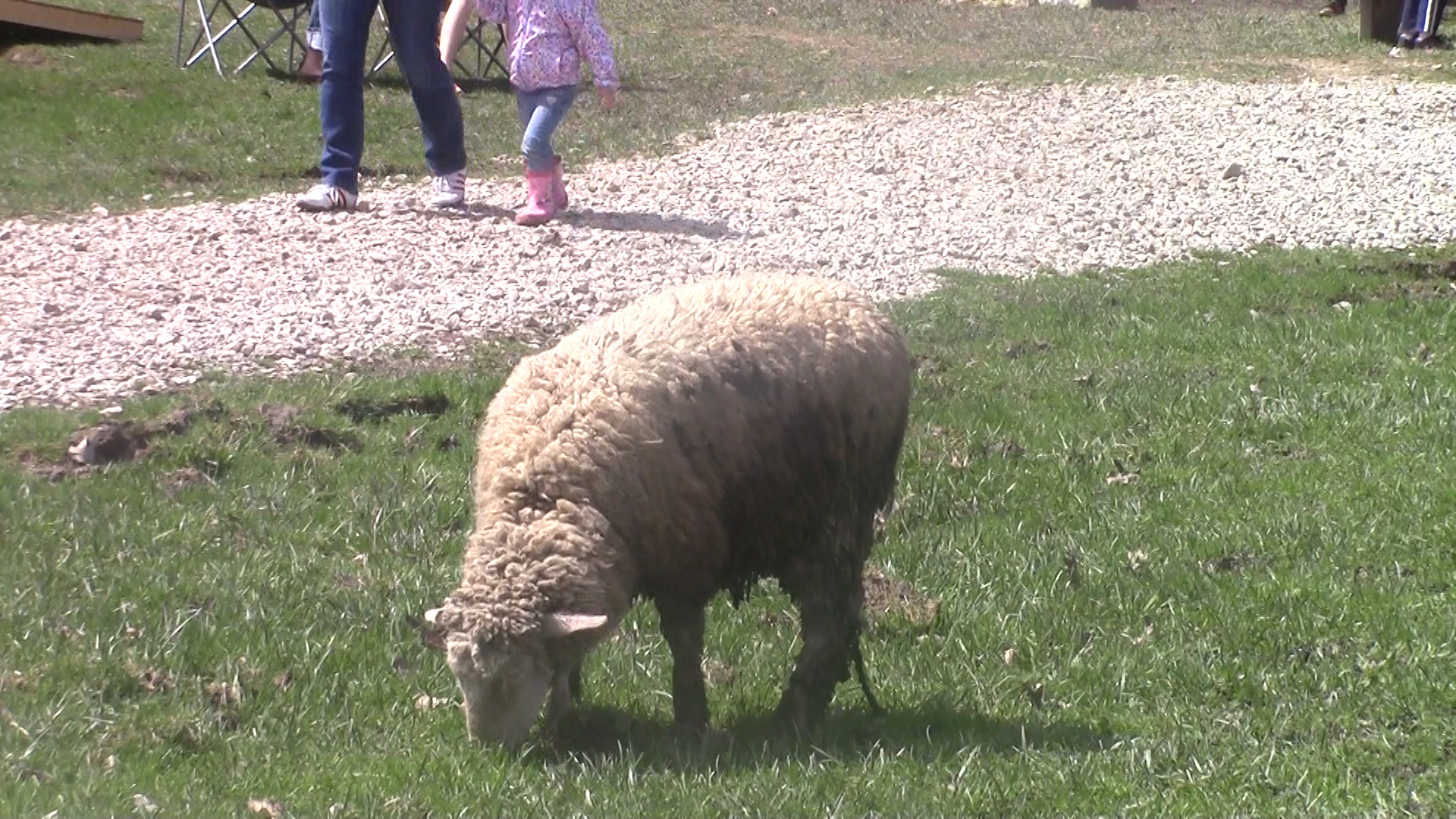 ANCHOR LEAD: When you think of National Parks, you think mostly about hiking trails, monuments, and the high number of wildlife residing in the park. You don’t necessarily think about farms. However, the Cuyahoga Valley National Park is aiming to redefine the experience for customers. TV2’s Patrick Shade has the story.

Objective Track: The 33,000 acres of the Cuyahoga Valley National Park are full of nature.

A 12 acre parcel in Peninsula adds farming to the mix.

The Spicy Lamb has operated since Labor Day weekend of 2007. The farm plays hosts to animals ranging from herding dogs to rabbits, and their signature dorset ewes, 50 of which are bred for wool and meat.

Laura DeYoung, Shepherdess of the farm, says that she became interested in farming via both her love of sheep while growing upon the United Kingdom and coming from a family that owned horses.

Laura DeYoung: “Well, I would say that this farm is all about celebrating the abundance of life, and celebrating local food, fiber, and fun.”

Stand-Up: The Spicy Lamb Farm is more than just a small part of the Cuyahoga Valley National Park. It’s part of a program that officials describe as innovative called the Countryside Initiative, aiming to bring back agriculture in the CVNP.

Objective Track: The program, which began in 1999, gives 10 farms 60 year leases each to operate on park property, such as the Trapp family farm on Route 303.

Jennie Vasarhelyi, CVNP Spokesperson, says that a challenge from former Congressman John Seiberling helped shaped the farming program to where it is today.

Jennie Vasarhelyi: “You know, timing’s great, local foods have become really popular and interesting to people, and I think it adds a lot to the visitor experience for people to be able to experience local food and farming in this valley.”

Objective Track:  The Spicy Lamb Farm continues to have events throughout the year, including a Blessing of the Sheep this Saturday.

The Spicy Lamb Farm came to life when a verbal agreement was reached between Laura DeYoung and the Cuyahoga Valley National Park in April of 2007. The keys were then turned over four months later.

The farm was recently open to the public to show off their new baby animals for 2015. Young children and adults got the chance to feed and play with baby lambs and bunnies, and observe baby chickens and ducks.

While Countryside Initiative, the program run by the CVNP of which the Spicy Lamb Farm is part of, aims to revive the historical tradition of agriculture in the CVNP, it appears that the program has slowed down in growth. According to Jennie Vasarhelyi, Park Spokesperson, there is one more lease offering for either two or three properties scheduled for this Spring.

Vasarhelyi noted that funding to rehabilitate historic farmsteads is becoming limited , and that focus is being put on an education center where people can learn about local farming and foods.

Vasarhelyi also said that each Countryside Initiative farm, as part of their lease, is required to give a public offering. For the Spicy Lamb Farm, that means opening their doors to numerous events yearly. Events include the Blessing of the Sheep this Saturday, complete with a local priest, the Fall Fiber Festival and Music on the Porches in September, and Cuyahoga Valley Sheep Dog Herding Trials in October.