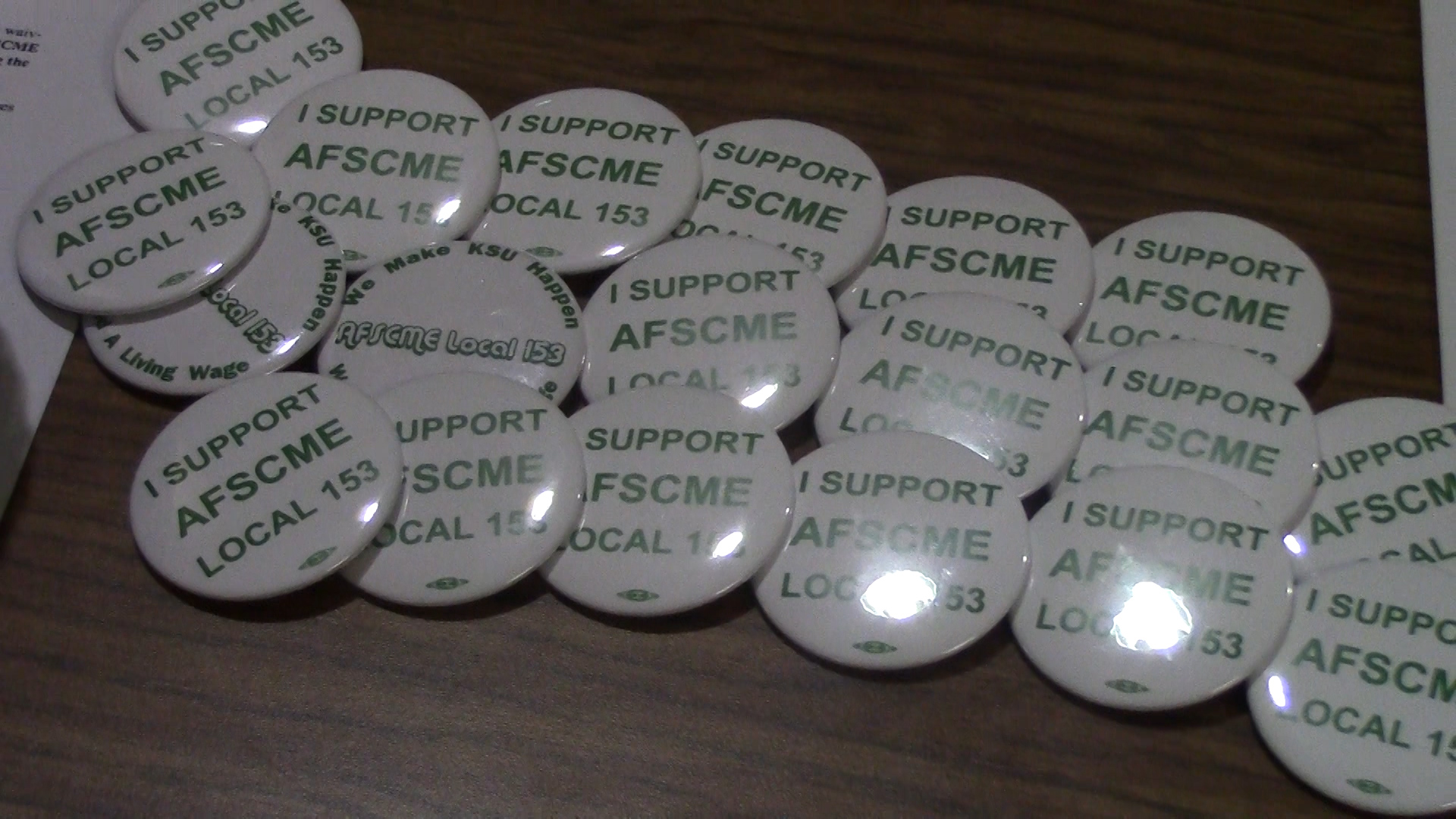 Anchor Intro: Could there be a strike looming? Campus workers are seeking higher wages in order to support themselves, Reporter Ty Sugick has the story.

Even before the retirement of former Kent State University President, Lester Lefton campus workers have been fighting to raise their earning wages from minimum wage to a living wage. After being put off for a year and a new president coming into office.

Contract Negotiations resumed in fall of 2014, but has gone almost nowhere since then. Campus workers have gained the support of United Students Against Sweatshops, they have made signs and went around campus informing students of the unfair treatment of campus workers. Campus workers are the essential employees when everyone has a snow day these are the people who still must show up, the people who shovel the sidewalks, and cleans the dorms. These same people that make life so comfortable for student can barely afford to keep their homes running.

United Students Against Sweatshops, even took this issue nationally by having other groups from around the country call into President Beverly Warren’s office and they still were ignored. President of USAS Brianna Foraker, feels as if the University is damaging its reputation by not working with its employees to resolve this matter, and fears it may only become worse.

Negotiations are still in the same state as the past fall, but the workers are becoming more adamant about striking if a deal is not reached, since they have a union backing them.

As for the student if the campus workers do strike , that would mean the university would have to hire new workers from the outside and aren’t familiar with the student body nor the area.