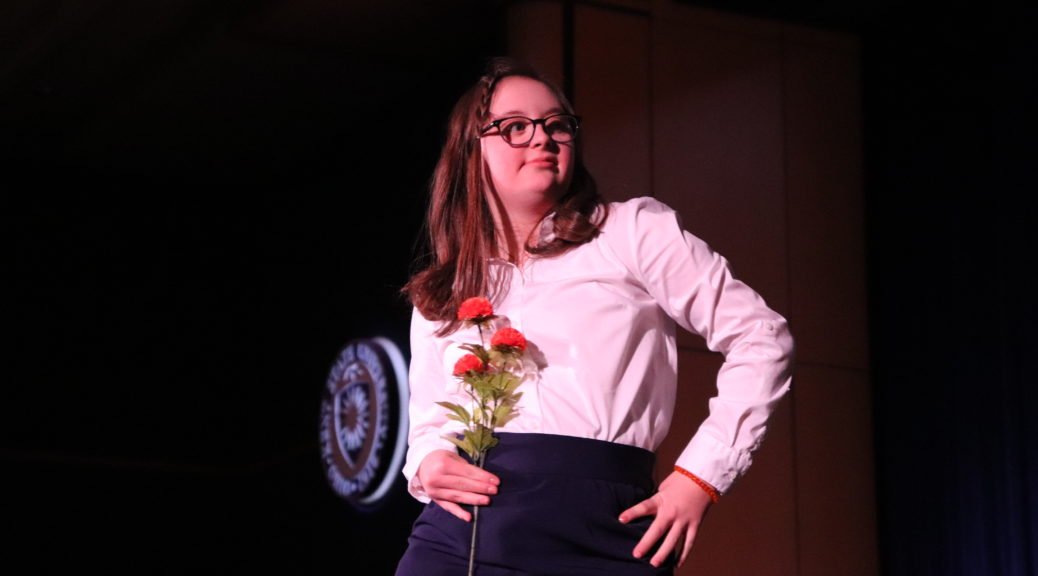 For the past four years, the Kent State University Fashion School has aimed to bridge the gap between the Fashion and Downs community. With a Fashion Show modeled by individuals with Downs, it was indeed a “Night in Wonderland” for attendees.

The fashion show is called Dress up for Downs, and has been held in Rockwell Hall for the past three years, making its debut to the Kent State Ballroom for the first time ever this year.

“We have 24 models. We’ve never had this many. It’s never been this big,” said Sarah Urbanik, Vice President of Philanthropes.

Models in the show varied from age and gender, but they all had one thing in common. To maintain its goal, the Fashion Show only recruited individuals with Downs Syndrome.

“Working with them is an amazing experience. They’re so goofy and fun and silly. Honestly, they’ve taught me so much. They teach you to be grateful about everything and to be humble about the little things,” said Urbanik.

Students like Sarah spent at least 3 weeks with models to help pick their favorite design to create for the show.

“How it works, we have time where we meet and do that, the designer makes a mock garment out of mock material, so we don’t waste real material, then a first fitting with the real thing, then tonight” said Urbanik.

After making their first debut of the night, models headed back to their dressing room for an intermission, where raffles and prizes were being given away in the ballroom to raise funds.

“Awesome!” said Isabel, a model for the show, when I asked her how she felt after getting off of the stage. Next to Isabel, sat her favorite pal Elizabeth who also modeled, and she replied with “Beautiful!”

Other models like Emma and Saffron were too excited to speak, with gleeful “Yes!” answers from Saffron, and head nods and smiles in agreement from her friend Emma.

Throughout the show, the event raised over fifteen-thousand dollars, where 75% of the proceeds will be going to the Upside of Downs, while the other 25% will go to Camp Echoing Hills.

“Dress up for downs is such an amazing organization for families and individuals to get involved and make friends and make family, I wouldn’t have it any other way,” said Urbanik.