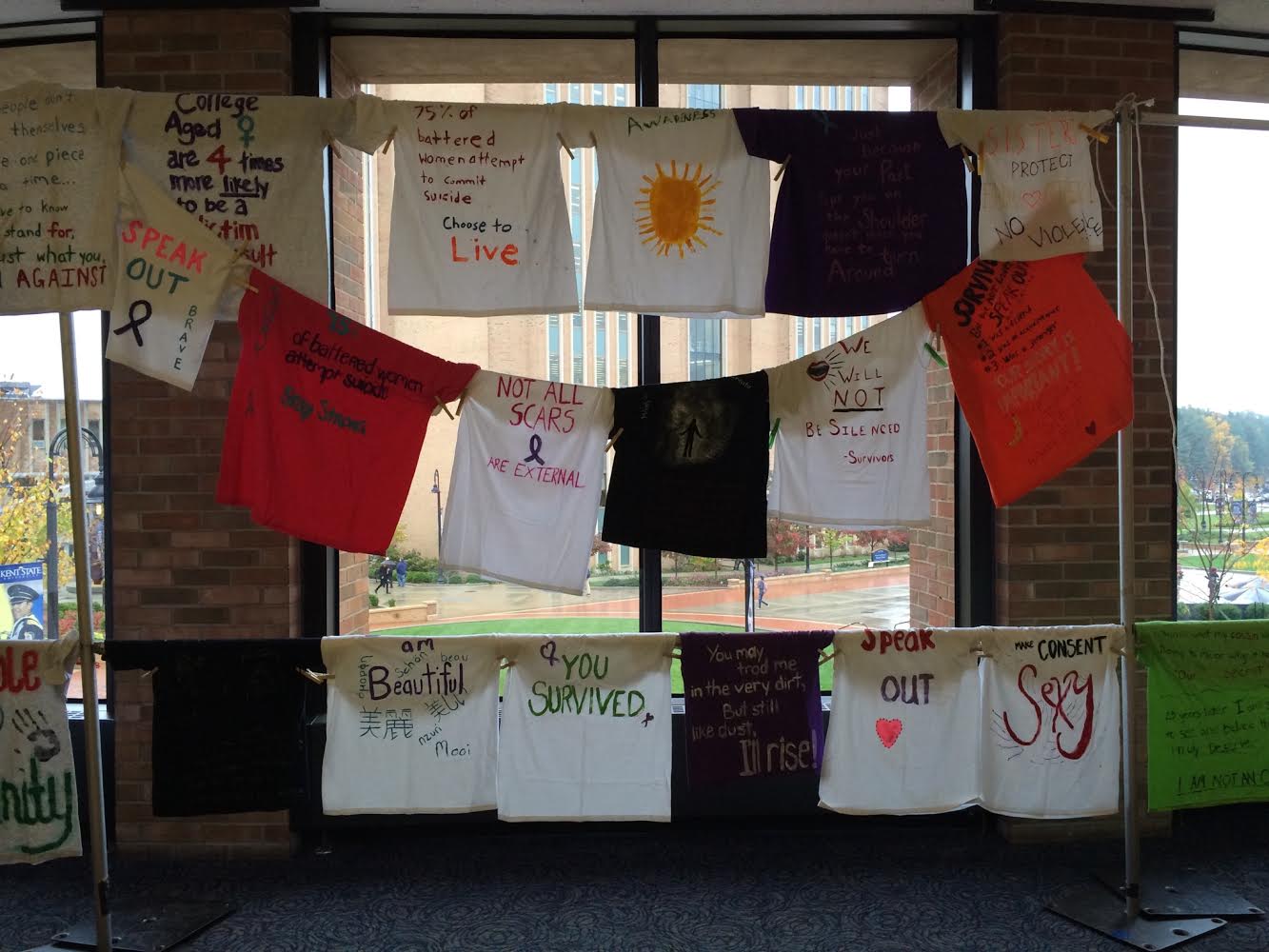 A display that started in 1990 was brought to Kent State’s attention for awareness. The Clothesline Project at Kent State provides victims to break the silence. TV2’s Aja Phillips reports..

The Clothesline Project is a program started on Cape Cod, MA, in 1990 to address the issues of violence against women. It’s a way for those affect by sexual violence to express their emotions by decorating a shirt.

The Sexual and Relationship Violence Support Services (SRVSS) held a shirt making session on Oct. 8 and 15.

The Clothesline Project Display will be displayed on the second floor of the Kent State Student Center all day on Oct. 21.

The Clothesline Project is a display of shirts with messages and illustrations that have been created by survivors of sexual violence, by their friends or families.

This project is to increase awareness of the impact of violence against women, men and children. It’s to celebrate their strengths to survive and to provide another avenue for victims to courageously break the silence.

Senior, Marvin Logan expressed he has experienced sexual assault violence growing up as a kid from men and women.

“1 in every 5 women and 1 in every 33 men are sexually assaulted around college campuses,” said Logan.