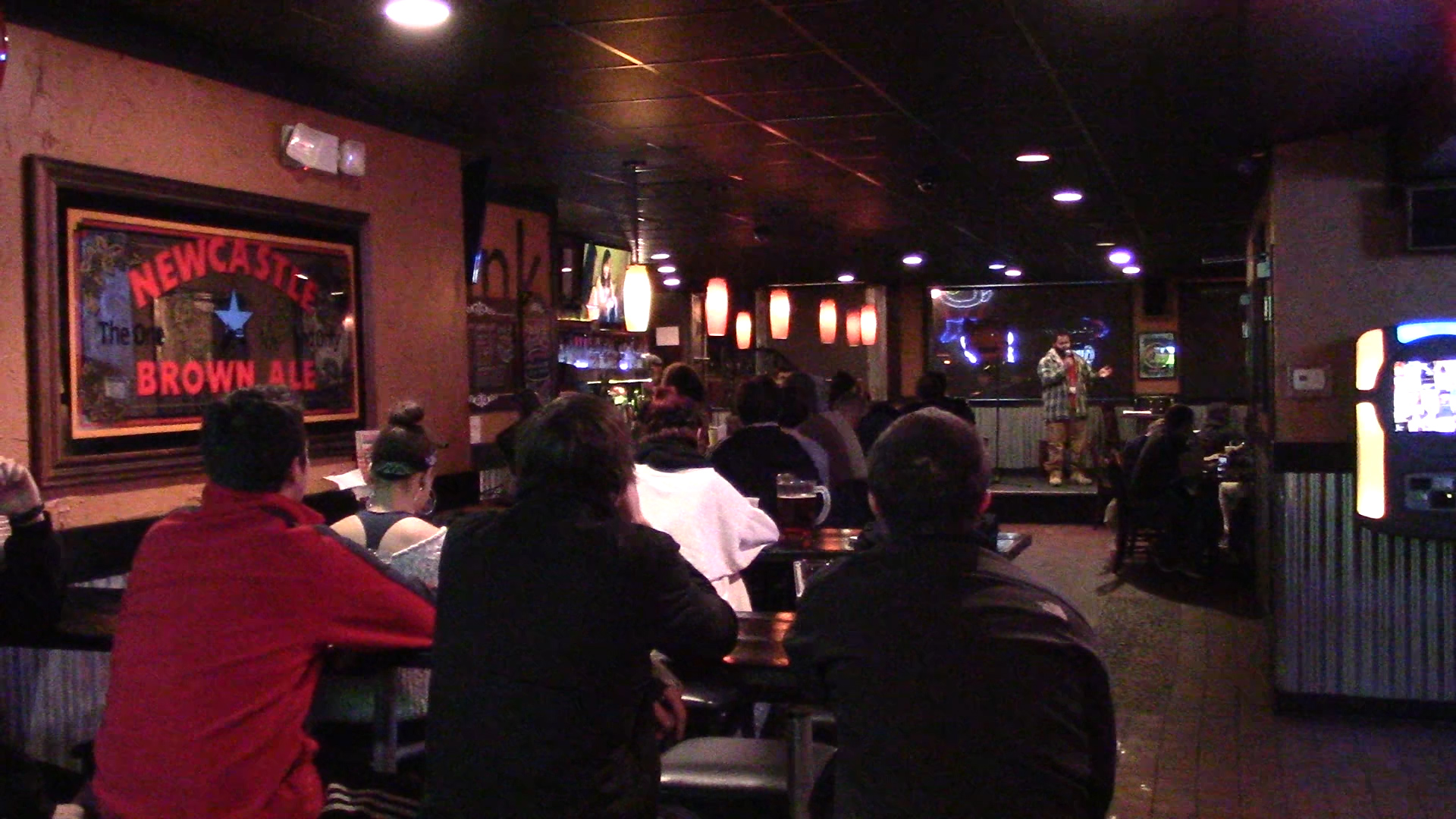 College can be uptight and stressful for many students. People relieve their stress in many different ways, for some students its stress eating, taking a long nap or petting a dog. For some Kent State students, laughter has helped them through stressful times.

Kent is home to many forms of comedy. There are improv groups, comedy clubs and standup.

Most students are not aware of the stand-up scene that Kent has to offer. Twice a week in downtown Kent local businesses, The Stone Tavern and Euro Gyro, host open mic stand-up nights. Anyone has the opportunity to perform or just sit and watch.

Although stand-up is open to everyone, the comedians have been skewed by gender. Just like the real world, standup is seen as a male dominated past-time. There are some women who take the stage, but only very few, especially in Kent.

We are perceived in all media, not just comedy, that’s in acting, that’s in music, that’s in whatever, that we’re sex symbols. Period. – Jasmyn Carter, Kent Comedy Club President

It is not an easy task trying to be a successful woman in a male dominated field, or vice versa. Many female comedians feel as though they have to act or perform a certain way in order to get laughs.

Female comedians tend to use more vulgar and sexual humor, but according to Comedian Jenson Strock, “The way female comedians are perceived right now is that they have to be in your face, talk about sexual things because being a girl and saying inappropriate things is wacky.”

Many Kent comedians said that Kent is wonderful for stand-up because of its location. Comedians are able to travel to Akron and Cleveland with ease. Cleveland comic have even been known to make various appearances around Acorn Alley. Strock said that Kent is like Cleveland’s comedy scene, just on a smaller scale.

Regardless of location, the comics remain to act like a family. They are very tight-knit. They are always willing to help one another.

Kent is always looking for and encouraging new people to try out stand-up comedy. Every comedian had to start somewhere. Comedian Jasmyn Carter said that she wishes she would have built up the courage to start on the stage sooner.

“Comedy scene is very welcoming, so anyone who wants to try comedy should, they absolutely should.” – Jenson Strock, comedian

Kent State’s Undergraduate Student Government has noticed the town’s interest in stand-up comedy. Last year, they were able to book Kevin Hart at the MAC Center. This year, they got Amy Schumer. In addition to USG’s efforts, the Kent Stage and other organizations were able to bring other famous funny people to the land of the black squirrels; The Sklar Brothers and JackAss’s Preston Lacy.

As comedy grows more as a profession, I believe that the Kent comedy scene will as well. It is already growing rapidly. Who knows, the next big comedy star could be a Golden Flash Alum.