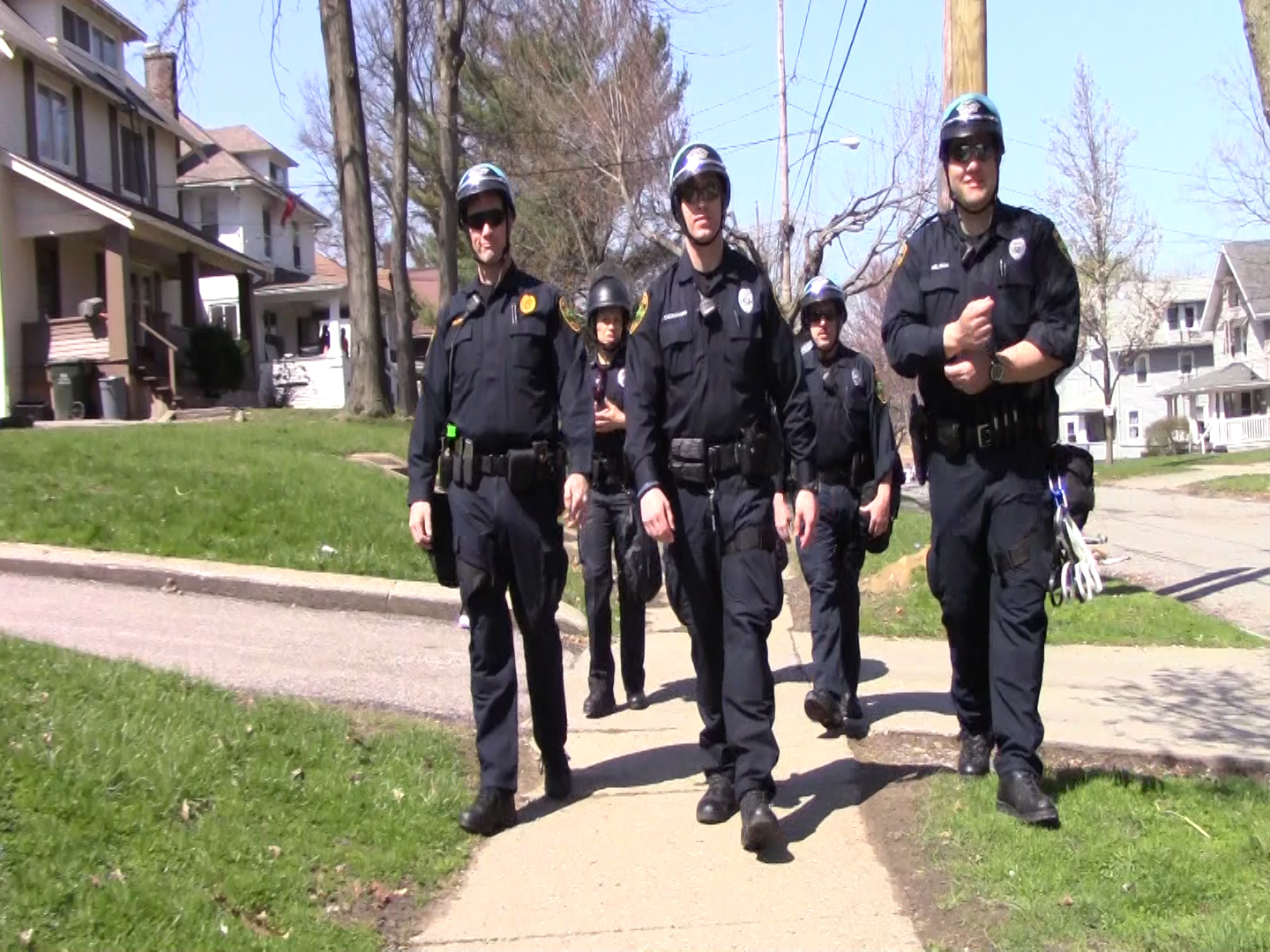 Anchor Intro: After previous years of the College Fest block party getting out of hand, College Street residents and Kent City Police are skeptical of what to expect this year.

In 2012, Kent’s annual block party on College Street took a turn for the worst–resulting in riots, assaults, theft, and 33 arrests. After receiving calls of fights breaking out and roofs caving in, the Kent City Police called the SWAT team to assist with crowd dispersal by tear gas.

“…It got to the point where if someone had an open container, we couldn’t even address that because we were too busy breaking up fights,” said Lieutenant James Prusha of the Kent City Police Department.

After bottles and rocks were thrown at police, and tear gas affected the rioting people on College Street in 2012, the block party came to a halt. It is because of this incident two years ago that the city as well as police are taking extra measures to ensure that the event is kept under control.

In 2013, Kent City Police as well as SWAT team members roamed the street all day to be sure that any parties happening didn’t turn into riots.

According to social media accounts, College Fest block party is said to be taking place this Saturday, April 26 on College Street. However, not all residents will be participating in the supposed festivities.

“I just don’t feel that it’s a good time to re-start the festivities right now since it’s still a sore subject with the city and communities,” said one College Street resident.

Residents of College Street have received warning from landlords about fines as well as educational literature for the Center for Student Involvement on campus warning of the possible consequences of participating in the block party. This was also the case in 2013 when there were no parties to be found on the street.

…it got to the point where if someone had an open container, we couldn’t even address it because we were too busy breaking up fights.

“If there was any noise violation to occur, we’d receive a ticket violation on top of more violations,” said a College Street resident. “Which made no one want to participate in any sort of activity.”

Despite the warnings of fines and consequences, some residents of College Street say that they will still be participating in the block party. Lieutenant Prusha urges those individuals to keep the gatherings small and not allow random people onto their property.

“If you’re a resident there and you have a few people gathered, and some folks are coming down the sidewalk, they might try to stroll onto your property and try to join in,” explained Prusha. “You might think, ‘That’s not too bad, it’s only five more people’. Well pretty soon, it’s 10 more, and pretty soon, there’s 3,000.”

To what extent College Fest will be taking place, the city is unsure. But one thing that is for sure is that the police will be there, even if no one else is.