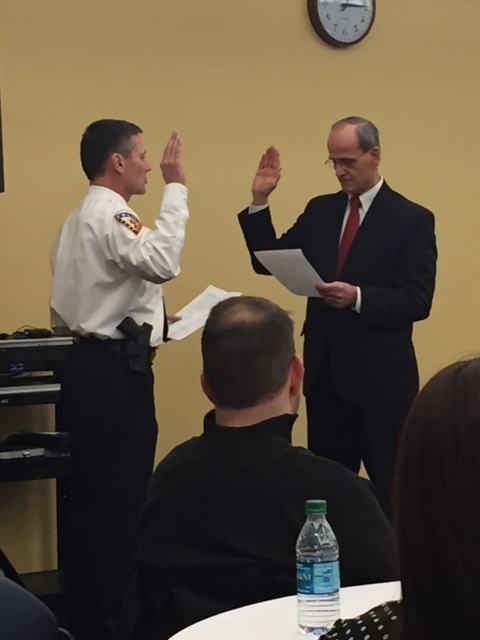 A new chief was sworn in last Monday at Kent State. Following a 33 year stretch of the Chief John Peach, many attended the ceremony in support of Dean Tondiglia’s new position. Lexi Walters has the story.

When you work for a police department for more than 30 years, hold numerous positions within and receive awards including Kent State’s Officer of the year, there are few more goals you can reach for. But assistant Chief Dean Tondiglia had yet another accolade in front of him.

Chief Tondiglia was sworn in before family and friends Monday, becoming the first new chief since 1982, the 7th police chief ever at Kent State and replacing Chief John Peach.

Officer Stover who has been on the force for 2 years under Chief Peach and Tondiglia as assistant offered his confidence in the new chief and his forward thinking ideas.

Turns out the new chief in town is creating excitement for what’s to come within the department. For TV2 KSU I’m Lexi Walters.